Jurgen Klopp has said that aggression in football is not displayed by kicking other players as he told opponents they cannot solve their problems by fouling.

Liverpool host Everton on Sunday and while Klopp claimed he “didn’t think one second today” about the 2-2 draw in 2020 when Virgil van Dijk suffered cruciate ligament damage in an awful challenge by Jordan Pickford and Thiago Alcantara was left with a knee injury from a tackle by Richarlison, the German has been annoyed in the past by some challenges that have hurt his players in Merseyside derbies.

And while he did not fault Manchester United’s Hannibal Mejbri for fouls on Jordan Henderson and Naby Keita in his brief cameo during Liverpool’s 4-0 win on Tuesday, he believes the former United captain Gary Neville was correct to retract his comment that he was “proud” of the teenager for his actions.

“He had to apologise for that, rightly so,” said the Liverpool manager. “I understand where he is coming from, you want to see some aggression, but there is a difference between aggression and kicking players. That makes no sense. Aggression in football means you are ready to hurt yourself, not the other player. That is aggression in football. I don’t blame the kid, he came on late and the game was quick and obviously wanted to make an impression. He was a bit late here and a bit late there, all good.”

Klopp called for a duty of care towards fellow players, adding: “Aggression in football is fine but you cannot sort your own problems by hurting the opposition players, that is what I have never understood. I played 325 professional football games and without aggression and physicality I would have played none. 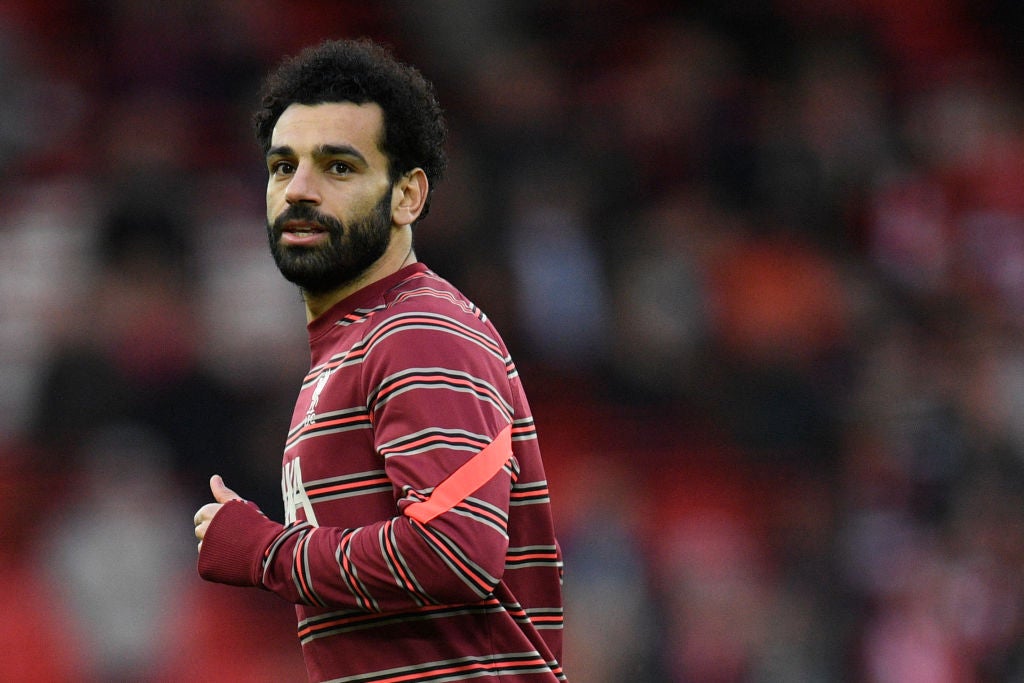 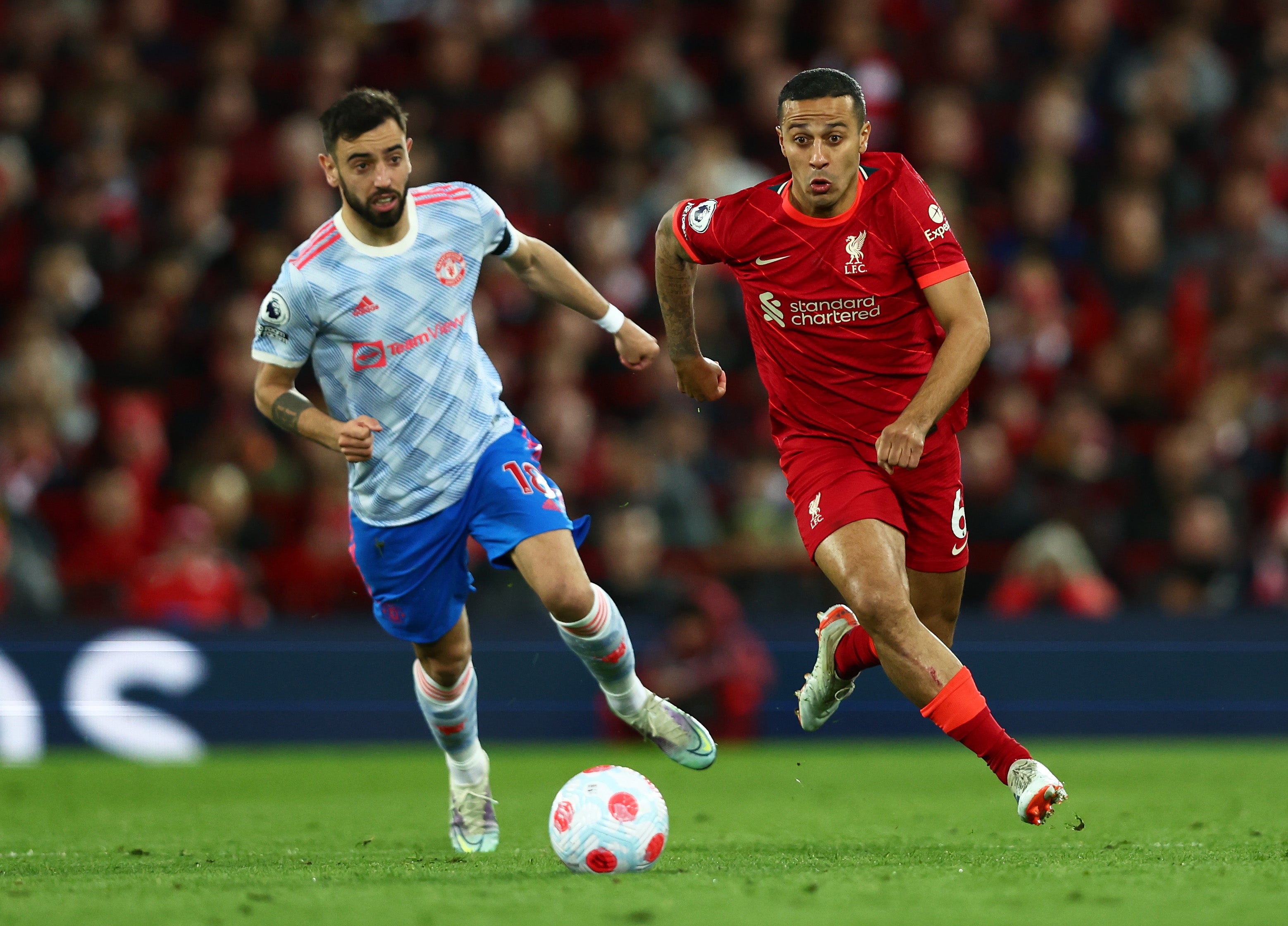 “It was my only strength that I had, so I am completely fine with that, but it’s about staying respectful, that’s all. Things can happen in football, it is a high-speed game, but not these kinds of things where you don’t care about the other [player]. He is a colleague who wants to play a few days later as well, that’s all.” 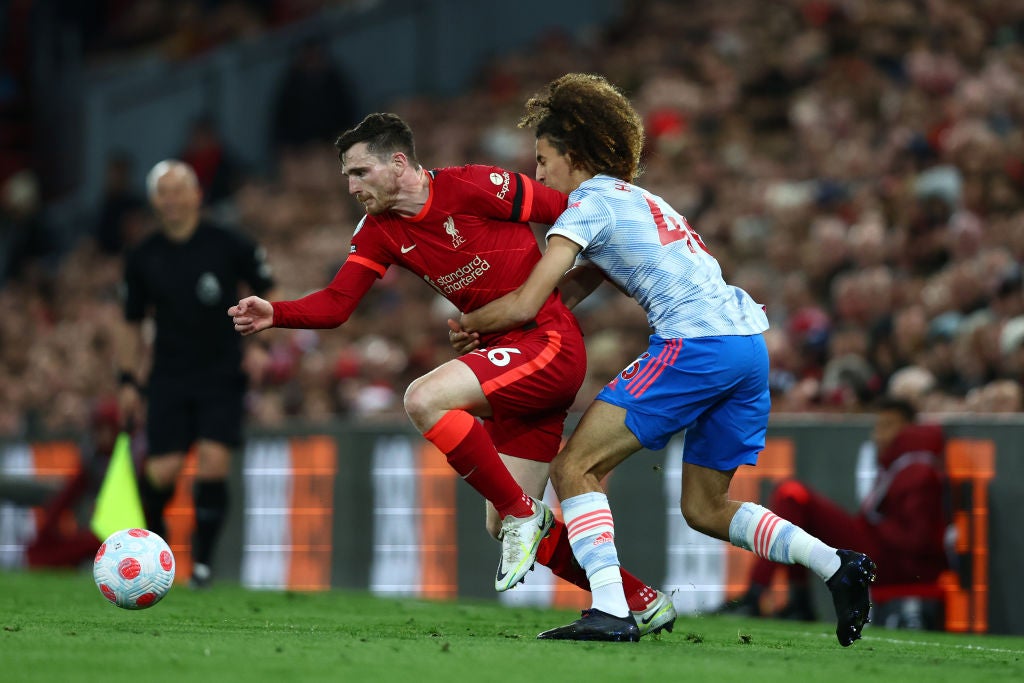 Liverpool play a high-intensity game but invariably have one of the best disciplinary records in the Premier League, with the joint fewest red cards this season, just one, and the third lowest number of bookings, at 41.

And Klopp added: “The pitch has a specific size, we both have 10 outfield players, you can close spaces by moving, you cannot close spaces by somebody down who cannot walk anymore.

“We are ready for each kind of challenge but just keep it in a big frame of rules and stay there and everything will be fine.”