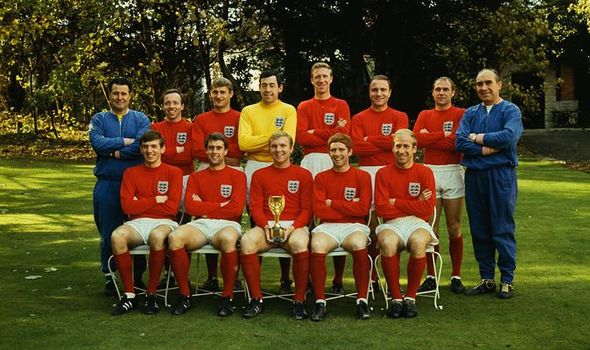 Long-term illness and dementia have struck down eight of the famous 11 players who defeated West Germany 4-2 after extra time at Wembley.

Here’s what happened to the England team that started the 1966 World Cup final.

Goalkeeper Gordon Banks OBE died in February 2019 at the age of 81. He played 73 times for England in addition to 356 matches for Leicester City and 250 for Stoke City.

Centre-back Jack Charlton OBE died in July 2020 aged 85 after suffering from lymphoma and dementia. He spent 21 years at Leeds, amassing 762 games and 95 goals.

Left-back Ray Wilson MBE died in May 2018, aged 83, having suffered from Alzheimer’s disease for 14 years. He was the oldest player in the 1966 side and won 63 England caps. He played for Oldham, Everton and Huddersfield Town.

Midfielder Nobby Stiles MBE died in October 2020 at the age of 78 after fighting prostate cancer and advanced dementia. The Manchester United legend famously marked Eusebio out of the game in the Portugal semi-final.

Midfielder Alan Ball MBE died of a heart attack in April 2007 aged 61. The youngest player in the side, he played for Blackpool, Everton, Arsenal and Southampton and won 72 caps.

The Manchester United icon was diagnosed with dementia last year. He was England’s record scorer with 49 until surpassed by Wayne Rooney.

Forward Martin Peters MBE died in December 2019 aged 76 after suffering from Alzheimer’s. The West Ham and Tottenham star won 67 caps, scoring 20 times for his country and playing over 700 club games.

Forward Sir Geoff Hurst is 79, Hurst scored a hat-trick to sink West Germany. His third goal, in the closing stages was accompanied by Kenneth Wolstenholme’s immortal commentary: “They think it’s all over – it is now!” He scored 24 goals in 49 England games.