Tactics are a shambles, the boss and players are publicly at odds, fans are fuming and the skipper’s slating his team-mates: Juventus are a club in turmoil after turgid Champions League defeat at Lyon

Juventus produced their worst performance of the season as they lost 1-0 to Lyon in the Champions League on Wednesday night.

Not only did manager Maurizio Sarri get his tactics wrong, his players failed to grasp the magnitude of the occasion and they consequently have it all to do in Turin in the return leg.

Patience with Sarri is beginning to snap, both in the Juve dressing room and among angry fans, with #SarriOut trending on Twitter on Wednesday night. 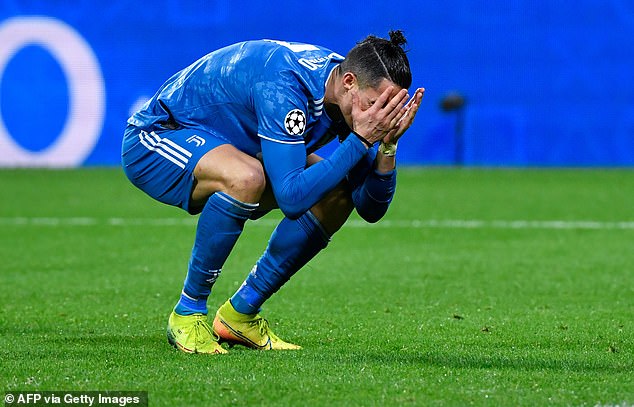 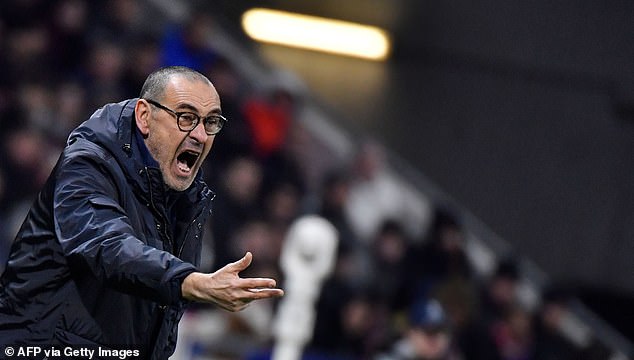 Lazio and Inter Milan are pushing Juventus all the way in the Serie A title race as a result of a string of sub-standard performances from the Bianconeri.

But the problems run far deeper at the club and Sportsmail explores the reasons why the mood is so negative at the moment.

The Juventus central axis lost possession an astonishing 42 times during the defeat in France.

It proved again that Juventus have a tactical problem that cannot be ignored: the half-wingers play too centrally and do not add width to their game, likewise the full-backs.

The result is that Juventus are like a funnel, with all the balls going through the central area with nothing offered from wide positions. 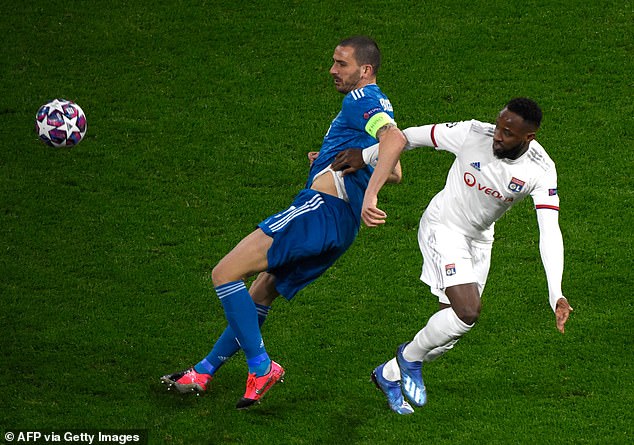 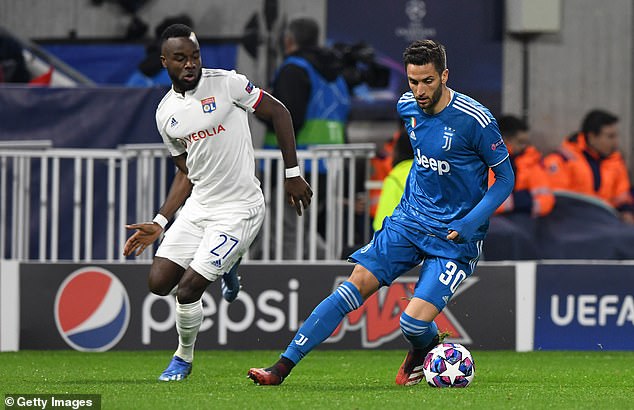 What’s more, the players take too many touches on the ball, slowing down the speed of any attacks.

The midfield resembles a French cheese full of holes, with Miralem Pjanic never finding the right position and Bentancur slow and clumsy.

Bonucci was overwhelmed by Lyon forward Moussa Dembele both physically and technically, leaving the Juventus captain petrified to challenge him.

Juventus should be capable of moving the ball faster than a pinball but they are simply too slow and predictable.

Sarri’s philosophy seems to be disliked by the team, who seem to deliberately ignore it.

‘It seems to me that they don’t listen to me,’ said an annoyed Sarri after the game. ‘The players don’t do what I ask, they don’t repeat what they do well in training.’ 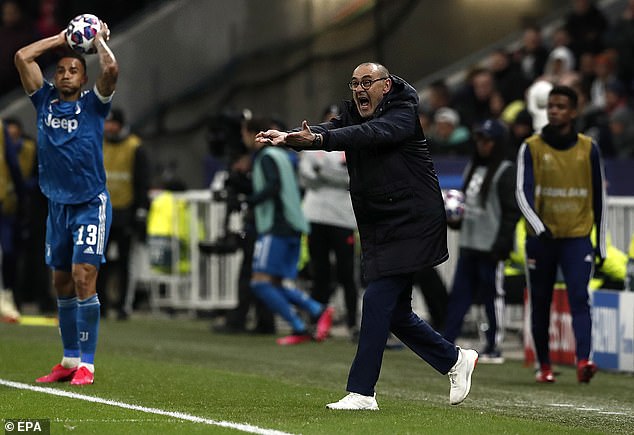 The team doesn’t respect Sarri’s tactics and plays without order and discipline, giving the impression that the manager is speaking a different language to the players.

When the team loses, he complains that nobody will listen, his assistant Giovanni Martusciello reiterates Sarri’s instructions and senior players Gianluigi Buffon and Giorgio Chiellini scold the team. 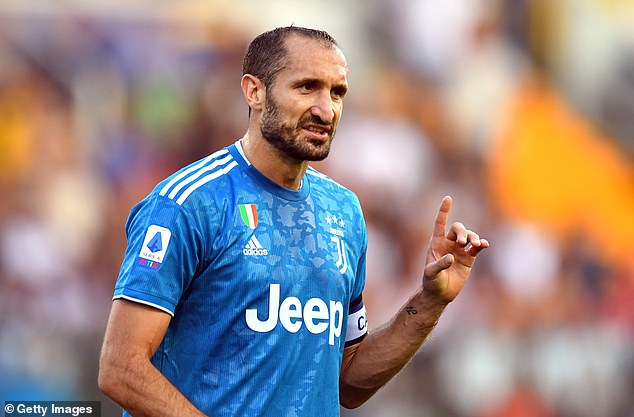 The 4-3-3 is the ideal model for Juventus but the players seem to go against their coach’s ideas.

Inevitably, all the pundits weighed in after this latest defeat.

Fabio Capello said: ‘Sarri cannot convey the need for speed to the players. With this slowness, the team remains blocked.’

The former England coach, a pundit on Sky Italia, also slammed Juan Cuadrado in an ambiguous open question to the Juventus director Pavel Nedved: ‘Dear Pavel, Cuadrado beats players like you but he is not as careful as you on the ball. You would be angry if someone didn’t train like you, if they weren’t focused like you…’ 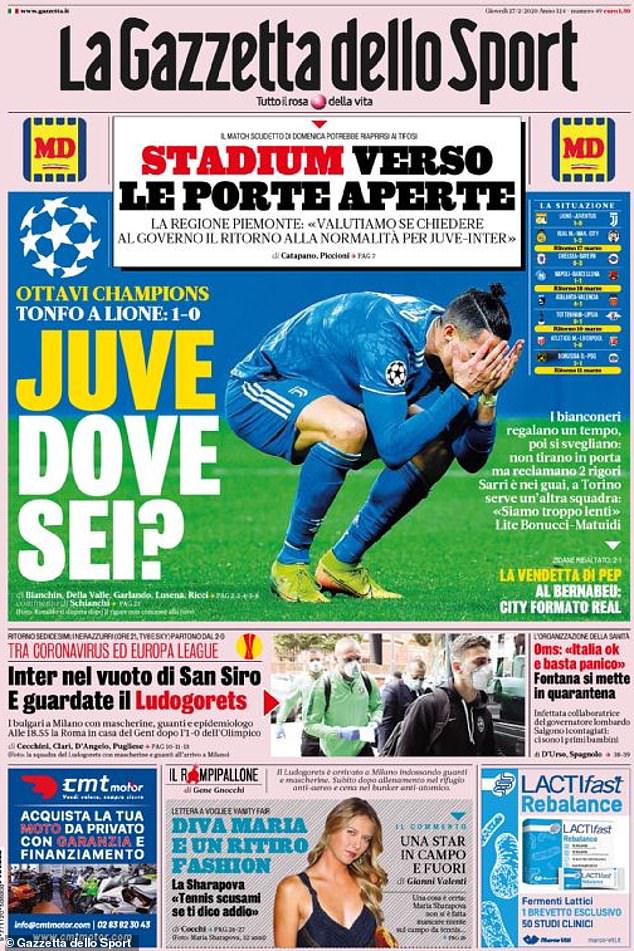 Ronaldo featured on the front cover of Thursday’s Gazzetta dello Sport, who asked the question: ‘Juventus, where are you?’ following the Lyon defeat 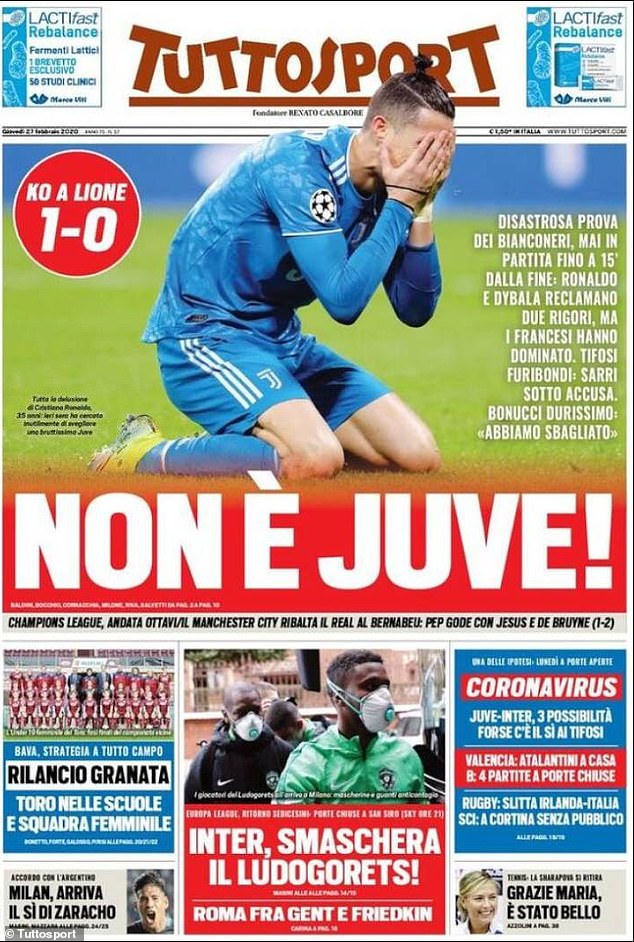 ‘It’s not Juve!’ said the headline of Tuttosport in the wake of their 1-0 defeat by Lyon in France

The hashtag #SarriOut was trending on Twitter after the game with fans queuing up to criticise the manager and the team’s performance.

There is a saying in Italy, ‘Don’t shoot the pianist’ which suggests that you don’t necessarily blame the manager when a team is playing poorly.

But Juve are in a tragic moment and the fans do not want to forgive the ‘pianist’ Sarri. 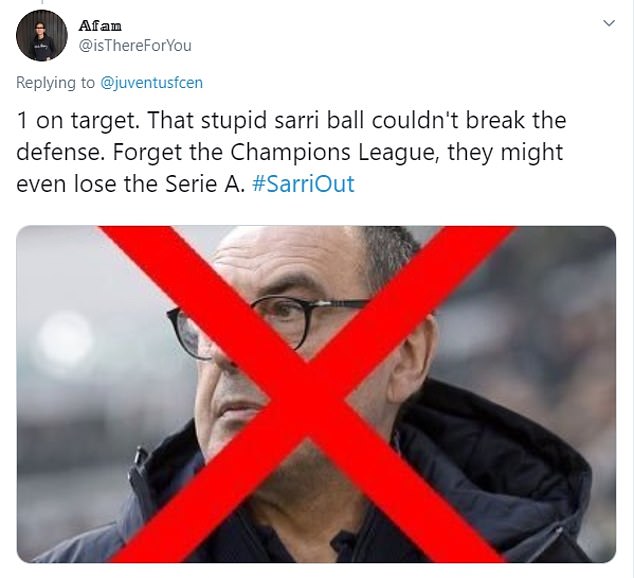 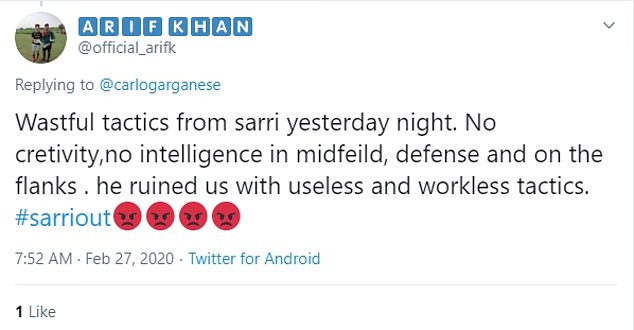 The most criticised of the players is Pjanic – fans perceive the Bosnian as having a very superficial attitude and suggest he doesn’t run or fight enough.

Bonucci also comes in for stick, with fans saying he is happy to talk the talk in front of the microphones but is inefficient and unfocused on the pitch.

There is no comfort in any of this for the coach, the players or the club’s hierarchy.

Bonucci did not help his personal cause with some interesting post-match comments: ‘I already realized during the pre-game warm-up that something was wrong.’

He was also forced to deny that he had a bust-up with Blaise Matuidi, an unused substitute, ahead of the match.

‘I didn’t fight with Matuidi, I just told him that we must all be concentrated. All 18 of us must concentrate as everyone can be important.’ 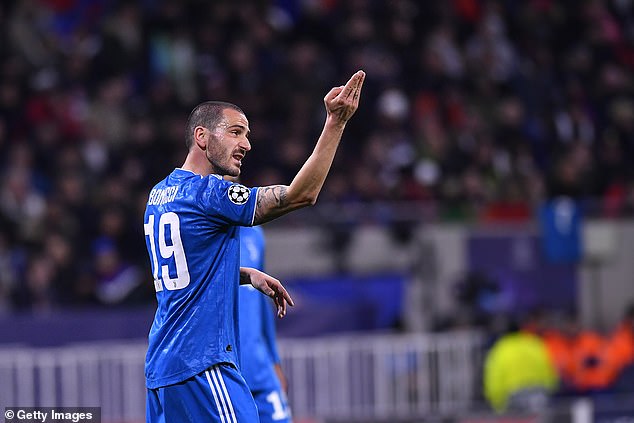 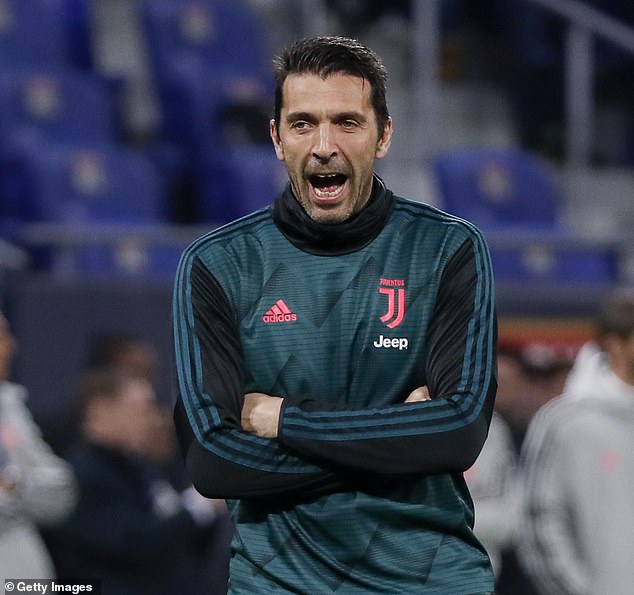 So Juventus lose and then their captain scolds the whole team. The likes of Aaron Ramsey, Danilo and Adrien Rabiot were not impressed with Bonucci’s comments, preferring the issue to be discussed behind closed doors.

Buffon will speak to his team-mates but perhaps this is a diplomatic mistake. Sarri must be the one speaking to the team and not delegating such responsibilities to Buffon, however much of a legend he is.

PROBLEMS ALL OVER THE FIELD

Rabiot turned in his worst performance since arriving in Italy, missing two crucial passes that would have put Cristiano Ronaldo and Cuadrado through on goal.

He was the worst purchase of the summer and doesn’t guarantee any effectiveness in midfield in a tricky game such as that in Lyon.

Bonucci had problems handling Dembele and his reading of the French side’s movements was all wrong. 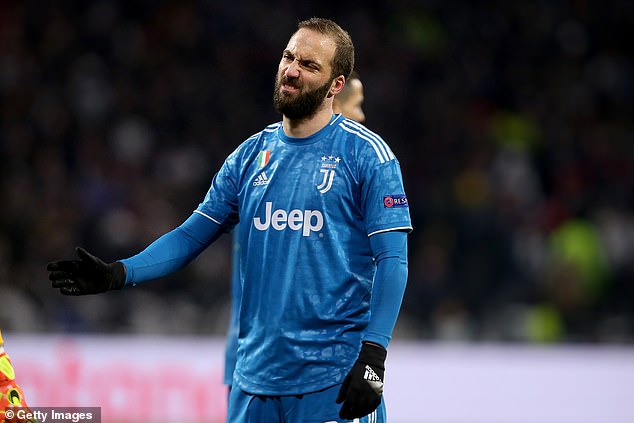 Bentancur lacks the speed to play as a winger, something realised by Sarri’s predecessor Massimiliano Allegri who played him alongside Pjanic.

Gonzalo Higuain no longer scores goals as he once did – this season he has scored fewer times than Joao Pedro of Cagliari and Goran Pandev of Genoa, clubs in the bottom half of the table.

Juventus desperately miss the goals of Higuain and Dybala.

Tags: a, are, club, in, Juventus, turmoil
You may also like
Latest Posts