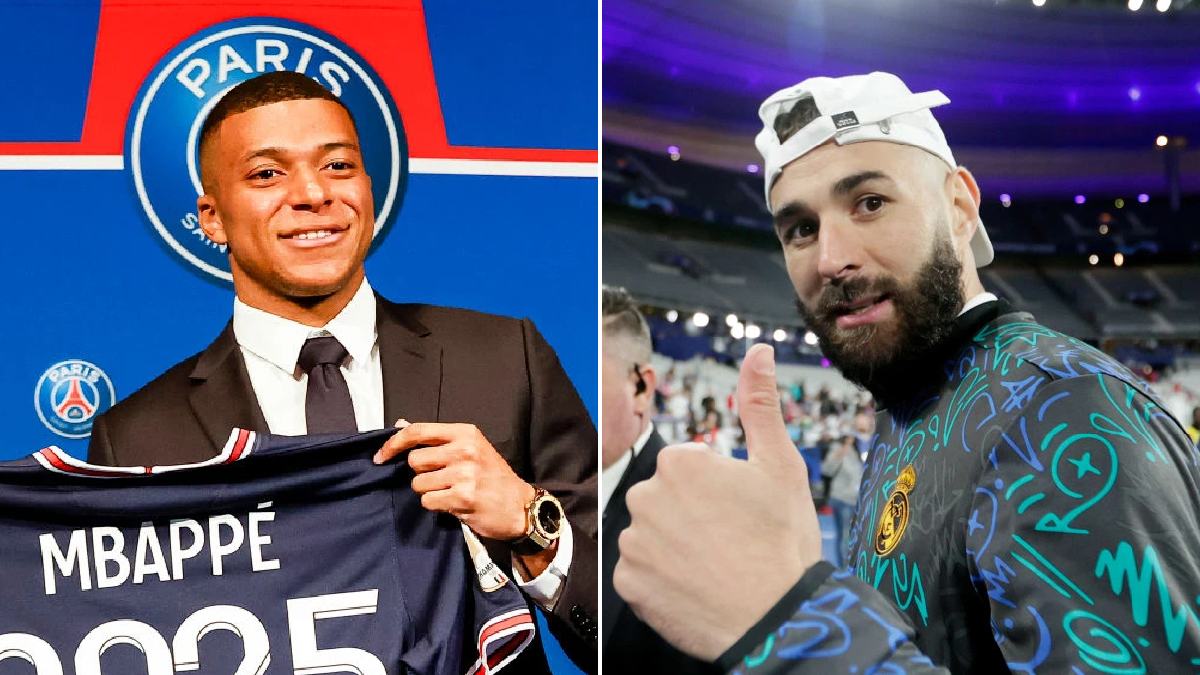 Real Madrid star Karim Benzema says he ‘respects’ Kylian Mbappe’s decision to remain at Paris Saint-Germain and insists their relationship will not be affected.

The 23-year-old, who led Ligue 1’s scoring charts with 28 goals, was heavily courted by the Spanish champions and there had been an expectation that he would sign for Real on a free transfer when his contract with PSG was due to expire next month.

But instead he made the surprise decision to renew with the Parisians, signing a new, mega-money deal until 2025 – with even French president Emmanuel Macron believed to have been enlisted to persuade Mbappe to stay with PSG.

Real were furious with Mbappe’s decision and Benzema did not seem best pleased either, uploading two cryptic images; the first was a picture of his hand pointing at the Madrid badge and the other showed the late rapper Tupac with the man alleged to have betrayed him lurking in the background.

The veteran striker had avoided talking about his international team-mate’s decision in the build-up to the Champions League final – which Real won 1-0 against Liverpool – but has now addressed the matter and played down suggestions of a feud which could affect the French national team.

‘I would have liked him to have been able to fulfil his dream of playing for Real Madrid, being together,’ Benzema told Telefoot.

‘He chose PSG, we must respect him. It’s his choice, he has a lot of responsibilities.

‘We will enjoy playing together in the national team. Everyone makes their own choices.’

He added: ‘Real Madrid are Real Madrid, I’m not disappointed. We are good friends, it won’t affect our relationship.’

Asked last week about Benzema’s cryptic posts, Mbappe himself said: ‘You don’t have to have done Saint-Cyr [French military training] to understand that it comes from above, right?

‘I didn’t want to overdo it. I know everyone was talking about Karim and Kylian, Kylian and Karim… but when we were with the national team, we were only talking about the evening meal. We weren’t talking about Real Madrid.

‘I didn’t want to force this thing. When we see each other, we’ll discuss it. He’ll ask me why and I’ll explain this choice to him.’