KATHRYN BATTE: The Lionesses are set for a tough test on Friday as the European Champions go up against World Cup winners USA, who remain the team to beat in women’s football

England will be tested on two fronts on Friday. First, can they attract a bigger crowd than the 87,192 who watched them win the Euros at Wembley this summer? And second, can they defeat the world champions?

The United States are still the country to beat in women’s football. The last time they played here was a warm-up for the 2015 World Cup. The match was at MK Dons with a crowd of 14,369. Tonight they will play the Euro 2022 winners at a sold-out Wembley.

The Lionesses are unbeaten under Sarina Wiegman but have not beaten the US since 2017. Asked whether European countries have closed the gap, Wiegman said: ‘I think so. What we’ve seen in Europe is an improvement of the game, competitions, and the national teams have been very good. 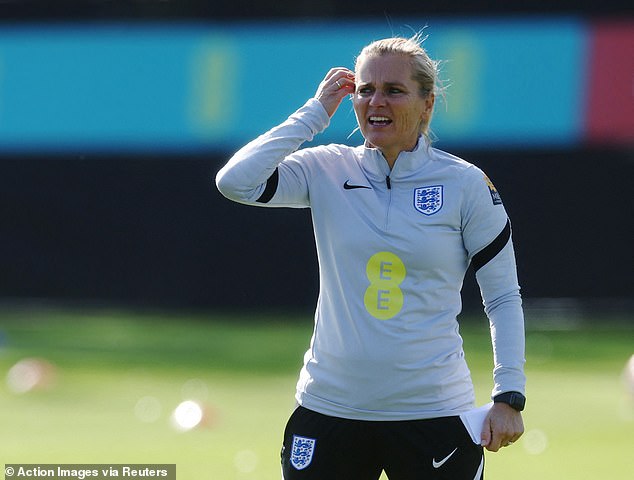 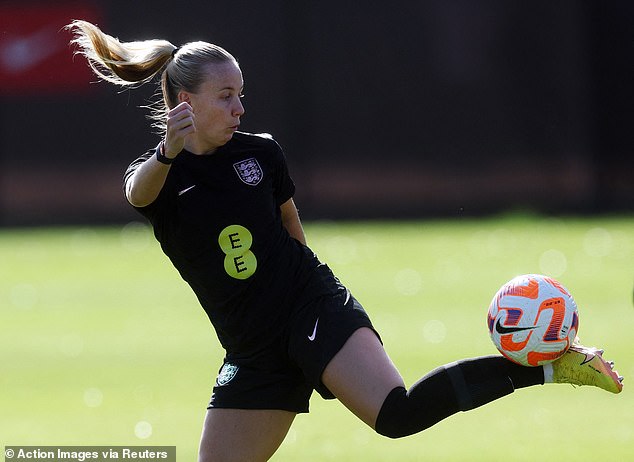 ‘We saw that in the Euros — the game has improved so much technically and tactically. But the US has improved too.’

Wiegman spent a year at the University of North Carolina and credits that for shaping her winning footballing mentality.

‘It was life changing,’ she said. ‘We had a really top sporting environment with great facilities and a team all about performance and improving. I really enjoyed it. That winning mentality really came across. I was like a sponge and took everything with me. It really influenced me.’

Wiegman is missing Leah Williamson and Alessia Russo through injury. The US will be without Alex Morgan, who celebrated her goal against England in the semi-final of the 2019 World Cup by pretending to drink a cup of tea. 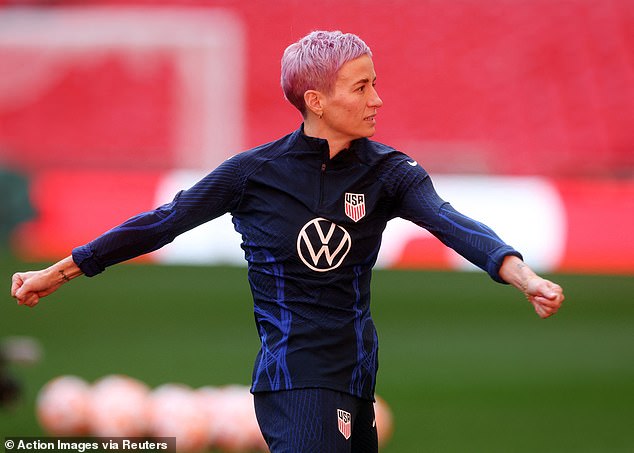 American star Megan Rapinoe said: ‘‘There isn’t really a huge gap any more’ to other sides

Beth Mead said the defeat has spurred England on. ‘We’re more coffee drinkers than tea drinkers, so it’s alright,’ she laughed. ‘It was a tough result to take but it’s made us more hungry and motivated to prove ourselves against a world-class team. We’re looking forward to seeing where we are.’

With nine months until the World Cup, American talisman Megan Rapinoe believes they have more competition than ever.

‘There isn’t really a huge gap any more, the level right now is just insane,’ she said. ‘It’s going to be an incredible game. I’m really looking forward to seeing where they are and where we are.’