‘It was a BIG mistake. They should have stuck to their guns’: Roy Keane hits out at England and Wales for backing down in OneLove armband row – and claims captains Harry Kane and Gareth Bale should have ‘taken the punishment’

Roy Keane has criticised England and Wales for deciding not to wear the OneLove armband against discrimination at the World Cup after fears their captains could be suspended if they went against FIFA protocol.

Both associations opted not to go ahead with the gesture in Qatar – despite previously vowing to pick up any fines or punishments – with England skipper Harry Kane and Wales captain Gareth Bale instead wearing standard FIFA armbands instead.

But Keane believes the two nations made a ‘big mistake’ to back down on their gesture and claims they should have stood up for their beliefs and taken any repercussions that came their way.

‘I think the players could have done it for the first game – took the punishment, whatever that might be,’ he told ITV. ‘If it’s Kane you’re risking getting a yellow card, but that would have been a great statement.

‘Do it for the first game, get your yellow card and what a message that would have been. Take your medicine and in the next game you move on. You don’t wear it because you don’t want to get suspended but, I think it was a big mistake because both players – Wales and England – should have stuck to their guns and done it.

‘No matter the pressure from the outside and the associations, have the belief, if that’s what you believe, then go with it.’ 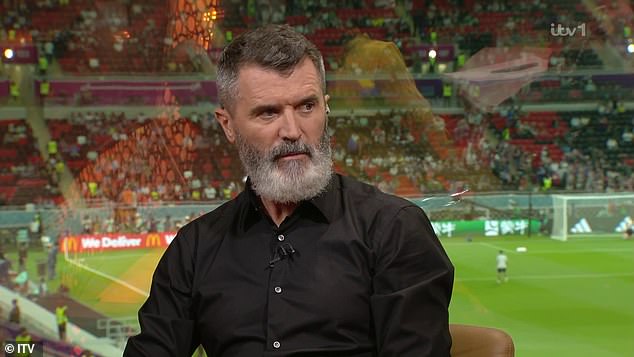 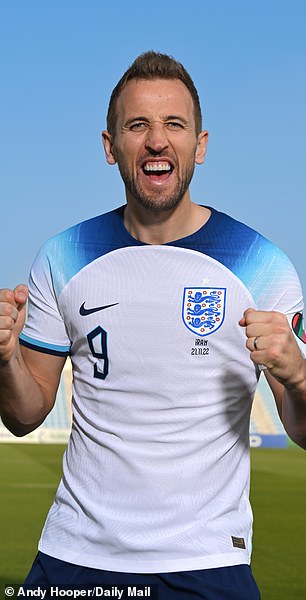 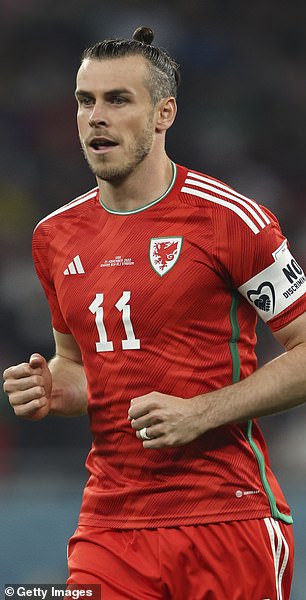 Harry Kane (L) has been vocal about his support for wearing the armband and was seen sporting it during training on Sunday, while Gareth Bale (R) was expected to wear it for Wales 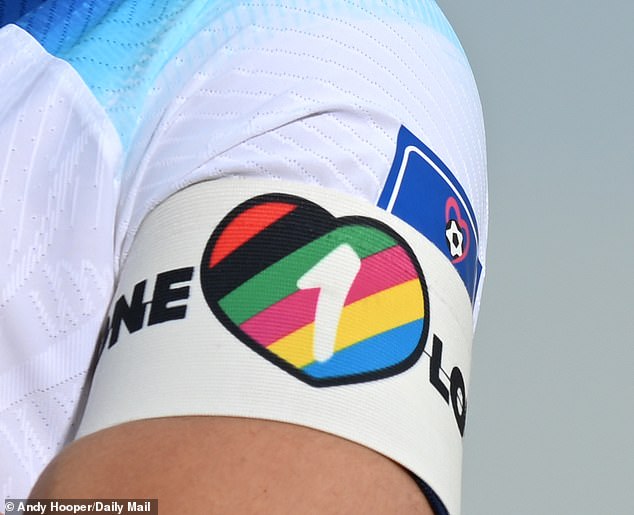 Nine European captains had pledged to wear the One Love band as a stand of solidarity with the LGBT+ community in Qatar – where homosexuality is illegal.

However, FIFA has strict rules about apparel that can be worn by players and the armband is not allowed under the code.

It meant Kane and Bale could have faced an immediate bookingif they had walked out wearing the ‘OneLove’ band during their games against Iran and USA.

In a statement the Football Association said: ‘We have asked the captains not to attempt to wear the armband in FIFA World Cup games. 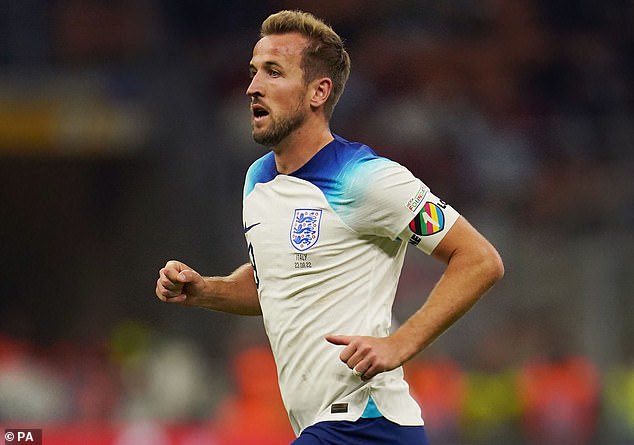 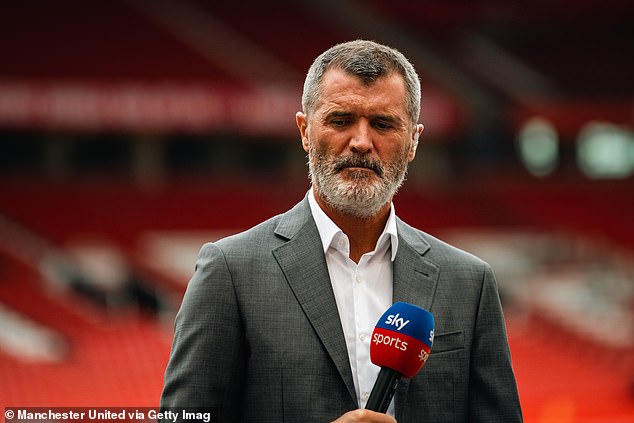 ‘We cannot put our players in a situation where they might be booked or even forced to leave the field of play.’

Kane later revealed the threat of being booked meant the decision to wear the armband was taken out of his hands.

‘Yeah, I think we’re disappointed,’ he said after England’s 6-2 win over Iran.

‘I think I said yesterday we wanted to wear it but that decision was taken out of my hands today. I turned up to the stadium with the armband that I did wear and I was told I had to wear that.

‘Look, it’s out of our control as players. I’m sure the FA and FIFA will continue those discussions but most importantly today we focused on the game and got a great result.’

The decision to renege on the original vow to wear the armband has been slammed by other pundits other than Keane – with Alan Shearer and Rio Ferdinand both highly critical of England.

‘It would have made a huge statement, Harry Kane coming out with the armband’, Shearer said. ‘I don’t think it’s fair on the players having to deal with this. They’ve done incredible work on the pitch during the pandemic and the FA knew they weren’t allowed to wear it so facing these questions. Its not fair on them. 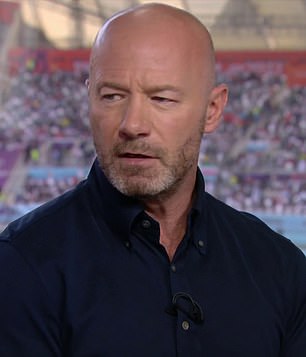 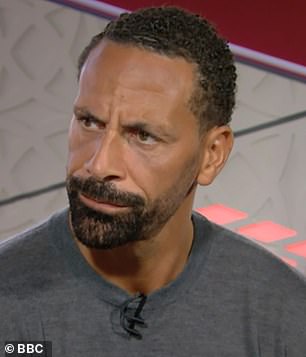 Alan Shearer (left) said it was ‘not fair’ for the players to have to deal with the fallout, while Rio Ferdinand (right) slammed the FA for ‘folding like a pack of cards’ over the issue

‘It could be one of the biggest games they’ll ever play. On the morning of a World Cup game, all they should be thinking about is how they win the game.’

Ferdinand added: ”They’ve all folded like a pack of cards after one bump in the road.

‘You can’t win. Damned if you do, damned if you don’t. If you speak out it’s “Oh you think you’re a politician now”. Federations have to be stronger and say “this is where we stand”.

‘He has to wear it’, Carragher began. ‘England have made a big noise about the fact Kane is going to wear it.

What is the OneLove armband?

Nine countries including England and Wales had planned to sport the OneLove armband for this year’s tournament.

The armband has its roots in the Netherlands and is designed to promote diversity and inclusion with football.

In 2021, Georginio Wijnaldum wore the armband at a European Championship game in Hungary with the consent of UEFA, the governing body of European football.

It is a white armband with a heart emblazoned on it, accompanied by the words ‘One’ and ‘Love’.

The armband was designed to advocate for the rights of the LGBT+ community, among other marginalised groups within football, and to support equality for all.

Although it has a core message related to the LGBT+ community, it is far more than that, and represents a call to respect everyone’s human rights regardless of age, race, sexual or gender identity, nationality or disability.