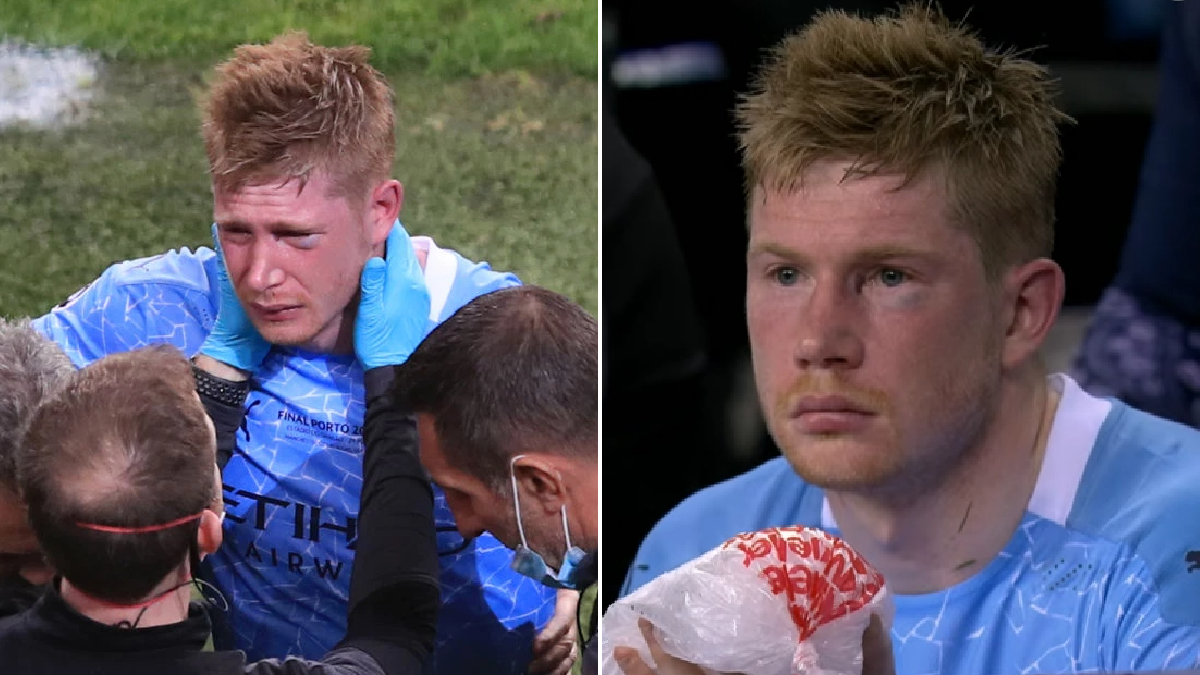 Manchester City star Kevin De Bruyne has undergone a small operation on his eye socket and has been passed fit for Euro 2020, with Belgium boss Roberto Martinez even suggesting he will play without a mask.

The playmaker was in tears a week ago when he was forced out of the Champions League final against Chelsea with an acute fracture of the nose and an orbital fracture to his left eye socket, having been poleaxed by Antonio Rudiger.

There were fears the injury could disrupt De Bruyne’s participation at the European Championships, but Martinez says the operation was a success and he will link up with the squad for training as planned on Monday – though may not feature against Russia in their first game.

‘After looking at the images it was decided that Kevin had to undergo a small operation,’ revealed the Belgium boss at a press conference on Saturday before their last pre-tournament friendly against Russia tomorrow.

‘The operation took place this morning and it went well. He will join the group on Monday and will be with us for the Euros.

‘It was a necessary intervention to secure the structure of the eye socket in the long term.

‘It is not an operation that requires a long recover, it was just to make sure that there are no issues later down the line.

‘It only took 20 minutes and the medical department is very happy with the success of the operation. The decision was taken in agreement with Manchester City.’

He continued: ‘Kevin is doing well. He’s in a good state of mind and can’t wait to join us on the pitch on Monday.

‘It is not an operation that prevents you from returning to activity or needs recovery time, it is actually the opposite. It should even give him the opportunity to play without the need for protection.

‘And that’s the good news. It was done at the right time and this is positive news for the Euros.

‘But he probably will not be ready for the first game against Russia and we will need to analyse the situation on a day-by-day basis.’

Belgium kick off their Euro 2020 campaign against Russia on Saturday evening and then take on Denmark and Finland, with De Bruyne expected to be fine for both those clashes.