PLAYER RATINGS: Half-time substitute Kieffer Moore changes the game for Wales as they rescue a draw in World Cup opener… while Timothy Weah’s bright showing was not enough to earn USA the win after Walker Zimmerman conceded a penalty

It was a dramatic first match at the World Cup for Wales, as they contested their first clash at the global tournament for 64 years.

Talisman Gareth Bale rescued a 1-1 draw for the Dragons with a late penalty after USA winger Timothy Weah had given Gregg Berhalter’s side a deserved lead.

Weah and man-of-the-match Kieffer Moore – a half-time substitute for Wales – were among the standout performers, whereas centre backs Walker Zimmerman, who gave away the spot-kick, and Wales’ Joe Rodon struggled.

Below, Sportsmail‘s Kieran Gill runs the rule over the two sides and gives his thoughts on the player ratings in Qatar. 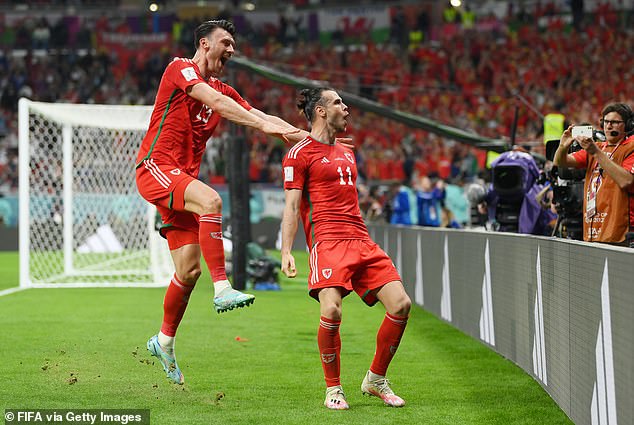 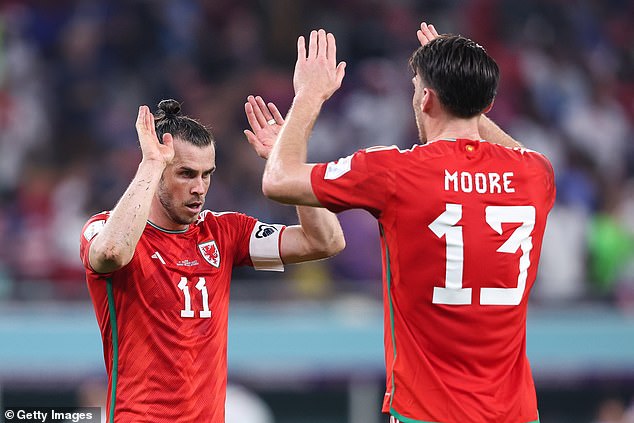 Half-time substitute Kieffer Moore (right) was man-of-the-match after a brilliant showing – below, Sportsmail runs the rule over the two sides and gives our thoughts on the player ratings

Reactive save to deny his own defender’s header and cannot blame him for conceding the USA’s only shot on target from Weah.

With the USA dominating the ball, Roberts was limited in getting forward before the break. Finally pushed up in the second half.

Bournemouth defender tried to track Pulisic – easier said than done – and one too many fouls on the USA winger saw him cautioned.

Hennessey saved him the embarrassment of an early own goal but Rodon was sucked out of the back line as Weah scored. 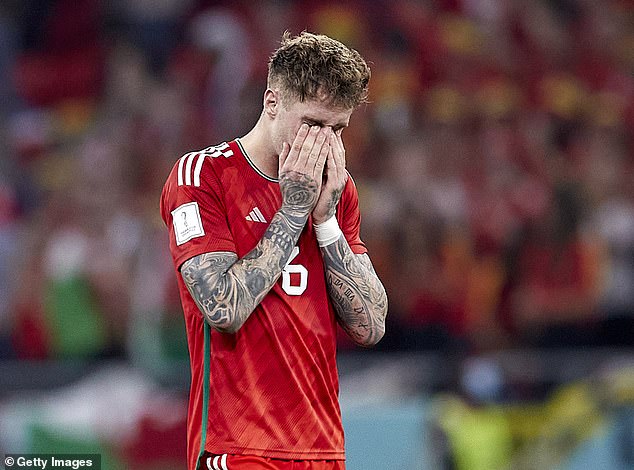 Davies and Williams had their hands full with the tricky Weah. Bullet header came so close to being Wales’ equaliser.

Lost Weah for his inside run as Wales fell behind to a well-worked goal. Like Roberts, he was largely restricted in getting forward.

Wales’ deepest midfielder, there to do the dirty work in front of the back three. Thankless job, that, but he played his part here.

Ramsey is tidy and technically gifted and he finally showed that in the second half after growing into this game. 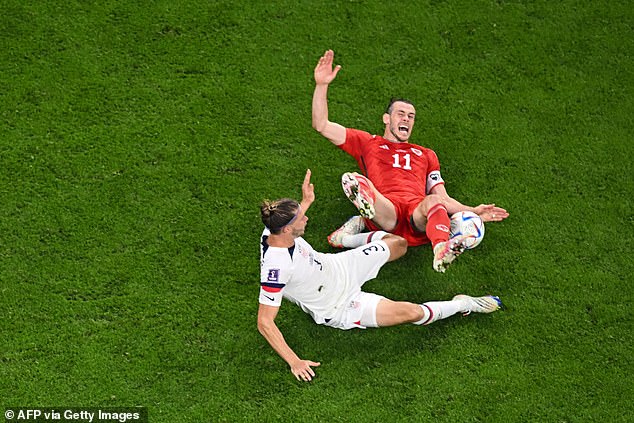 One of four Fulham starters here. Wilson tucked into midfield and was livelier once Wales started to see the ball.

Page’s change of tack saw James sacrificed at half time and it was Moore’s introduction which turned this match on its head.

Didn’t look like it would be the Welsh wizard’s night then he won a penalty and scored it himself. The hero again! 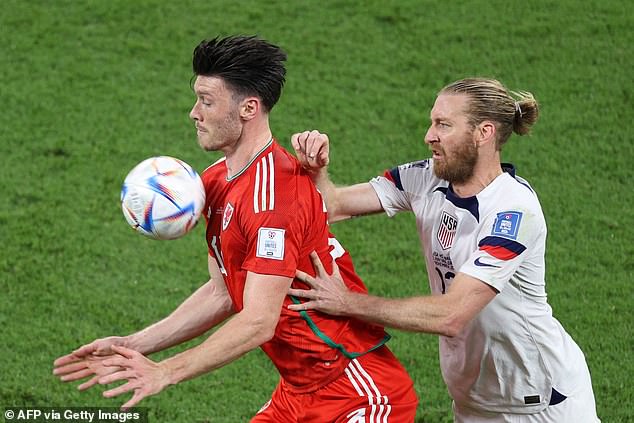 Will take Wales’ first World Cup point since 1958 after their slow start, with the manager’s half-time introduction of Moore changing the game.

Didn’t have a save to make in the first half, but Arsenal’s reserve goalkeeper couldn’t stop Bale from burying his penalty.

Right back sent one shot so high and wide it landed in Dubai. Wales didn’t test Dest enough defensively before he was substituted.

Sorry, Walker, you can’t lunge in from behind. The Nashville centre back claimed he didn’t foul Bale but he did.

The Fulham centre back initially had it easy against Bale and Co, but he was made to work in the second half. 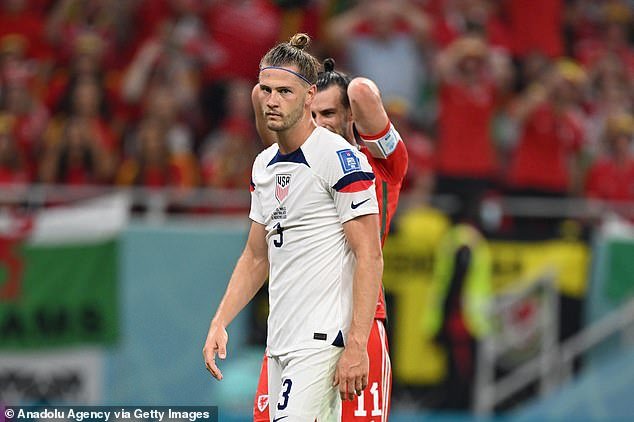 Fulham left back got forward to produce teasing crosses but once Wales woke up, he was locked in his own half.

One of the Premier League’s top distance coverers for Leeds and never stopped here. Professional solo performance at the heart of the USA’s midfield.

At 19, Musah became the youngest American to start a World Cup game. Forward runs from midfield were menacing.

The Juventus midfielder’s early yellow was a concern, especially given the USA’s aggressive press. He was replaced when Wales started to impose themselves.

Chelsea winger was picking up nice pockets of space and pass in behind for the USA’s opener was perfectly weighted. 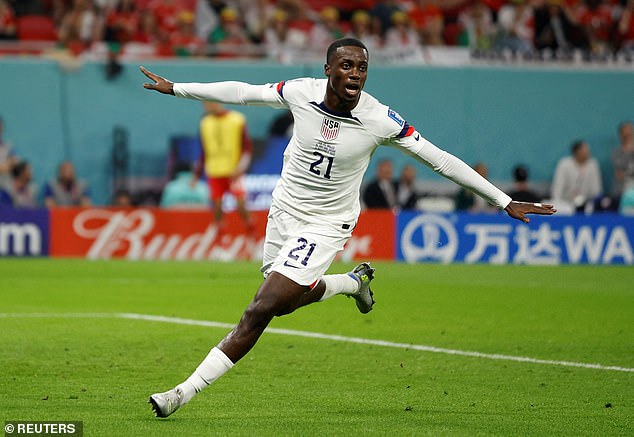 The Lille forward was a constant threat coming inside from the right and a fine run and finish gave the USA their deserved lead.

Led the line and woodwork stopped the Norwich striker from opening the scoring, which was his only sniff of goal.

USA were winning the tactical battle and took a deserved lead through Weah. But struggled to live with Wales after half time.

Qatari referee was card happy throughout, but kudos for making the big call to award Wales their penalty.