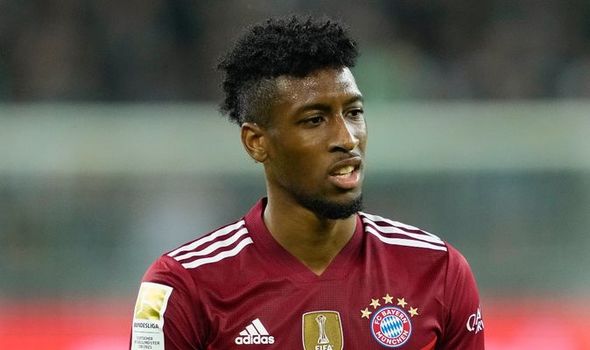 Manchester City and Liverpool transfer target Kingsley Coman is stalling on a new contract and would favour a Premier League transfer, according to reports in the French media. The versatile Bayern Munich star has just two years remaining on his current deal with the Bundesliga club.

Coman has previously been linked with moves to both Man City and Liverpool but a transfer has never materialised. Both clubs made just one major signing each in the summer window.

The 25-year-old has already played in three of the ‘big five’ leagues and a move to England would mean that he has competed in a fourth.

Coman started his career at Paris Saint-Germain, making his debut in the 2013-14 season. He then departed to join Juventus but his spell in Serie A was short-lived.

A temporary stay with Bayern in 2015 helped the France international to kickstart his career and that deal was soon made permanent.

But Coman is not entirely a regular with the Bavarians and is apparently considering his options.

Injuries and strong competition for places meant that made 29 appearances last term and just 24 in the season before.

French outlet Le 10 Sport have claimed that Coman is now considering his options, despite Bayern wanting to tie him down to a new contract.

The continue that he would prefer a move to the Premier League. Man City and Liverpool have previously shown an interest.

City were keen to sign a new forward in the summer but only Jack Grealish arrived, although that was in a huge £100million English record transfer.

Grealish can play in the wide positions but is believed to prefer a central midfield berth. Boss Pep Guardiola publicly expressed his interest in signing Tottenham’s Harry Kane and then reportedly targeted Cristiano Ronaldo before his sensational return to Manchester United.

Kane was keen to leave Spurs in pursuit of silverware, having failed to earn a major honour during his career. But the 28-year-old announced towards the end of the transfer window that he would remain with the North Londoners beyond the summer.

For the latest news and breaking news visit: /sport/football