Jurgen Klinsmann heaps praise on ‘fantastic’ Chelsea star Christian Pulisic and hails his growing maturity and responsibility, after handing him his USA debut at the age of just 17

Klinsmann, who handed Pulisic his national team debut in 2016 during the USMNT’s ultimately unsuccessful 2018 qualifying campaign, said the player had ‘matured so much’ since the outset of his international career.

Pulisic scored a decisive hat-trick against Panama to all but ensure the USMNT’s qualification to Qatar later this year and Klinsmann believes his performances are indicative of his increased maturity and only expects him to get ‘better’. 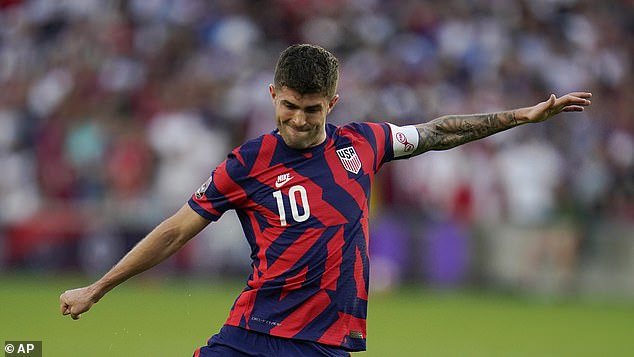 Klinsmann said: ‘Christian, over the years, you could see how he got more and more mature, how he took more and more responsibility onto himself on the field and off the field.’

‘He has a lot of character and a lot of personality,’ the German legend said.

‘What he went through, starting at 17, is just wonderful. It’s wonderful and he’s still by far not there yet. He’s just able to get better and he will become even more of a leader.’

The American, who joined Chelsea in the summer of 2019 from German side Borussia Dortmund, has often found appearances for the Blues difficult to come by with the likes of Mason Mount and Kai Havertz often blocking his opportunity to start games.

However, Klinsmann believes playing ‘week in, week out’ at the highest level with Chelsea has only aided his development.

‘The experiences that he has already now under his belt are fantastic: playing in the Champions League at Borussia Dortmund and then moving on to Chelsea and winning it and playing on the highest level week in and week out,’ he said.

‘The roster there, it’s basically two national teams with the 22 players and having that battle every day in training, and then hoping to start on the weekend or maybe coming off the bench with players that are just top-class players.’ 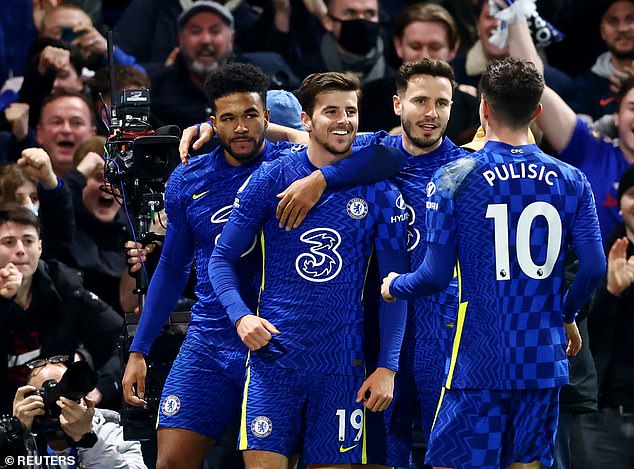 The 1990 World Cup winner went on to add that Pulisic is ‘definitely’ the leading figure for the USMNT and expects that to continue for a long while into the future.

‘I think he went through an outstanding process over the last couple of years and he’s definitely the leader figure for the U.S. national team going forward and he was it already over the last two or three years,’ he said.

The World Cup draw, staged earlier this month, saw Pulisic’s national side pitted against England and Iran with one of Wales, Scotland or Ukraine making up the group.