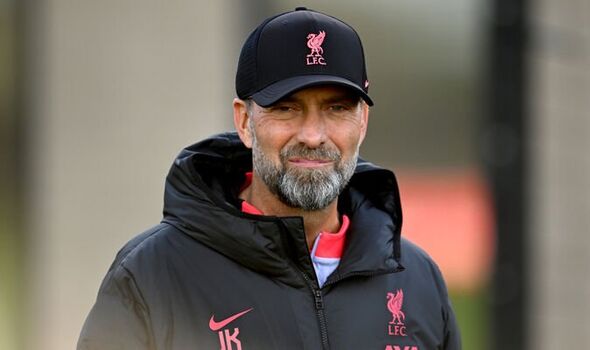 The agent of Liverpool boss Jurgen Klopp has insisted the German has ‘no intention’ of resigning amid the Reds’ dismal start to the Premier League season. Many have pointed out the parallels between the 2022-23 campaign and Klopp’s final term with Borussia Dortmund – after which he departed the Bundesliga club in 2014.

Liverpool are ninth in the top-flight and an eye-watering 15 points separates them from league leaders Arsenal. Defeat by Leeds on Saturday was the Anfield outfit’s fourth of the sason already, with Nottingham Forest, Arsenal and Manchester United having already succeeded against Klopp’s side.

Klopp this year signed a new deal through to 2026, with the club rewarding him for overseeing one of the most remarkable managerial spells in Premier League history. The 55-year-old has won almost every competition there is to offer.

Some have suggested that he might soon depart, with onlookers increasingly believing that Klopp has taken Liverpool as far as he can. However, the head coach’s representative, Marc Kosicke, has said that his client has zero desire to leave Liverpool any time soon.

“I can assure [you] that Jurgen Klopp has no intention of resigning from Liverpool FC,” he said, as per Sky Germany.

“The fact that problems could arise this season due to the past intensive season was taken into account by the club’s owners before the start of the season.

“Jurgen enjoys the backing of the people in charge and is in regular contact with them. He loves the club, his team and the fans and is determined to continue and successfully complete the transition in Liverpool. He didn’t extend his contract until 2026 for nothing.”

It comes amid claims that Klopp has a special ‘exit clause’ for when he eventually departs Anfield. The Mirror report that Liverpool have promised to oversee the 55-year-old’s return to Germany once his deal ends.