‘It doesn’t look like anything will happen’: Jurgen Klopp stands firm and insists Liverpool WON’T buy a new midfielder to ease their injury crisis, despite Thiago’s six-week lay-off with a hamstring issue

Jurgen Klopp has appeared to rule out Liverpool going back into the market for a midfielder despite Thiago facing up to an extended spell on the sidelines.

The Spaniard sustained a thigh injury during last week’s 2-2 draw at Fulham with the midfielder reportedly likely to be out of action for up to six weeks.

Speaking to his pre-Crystal Palace press conference on Friday morning, Klopp suggested that Liverpool had explored potential midfield options this summer but the right player had not emerged as an option. 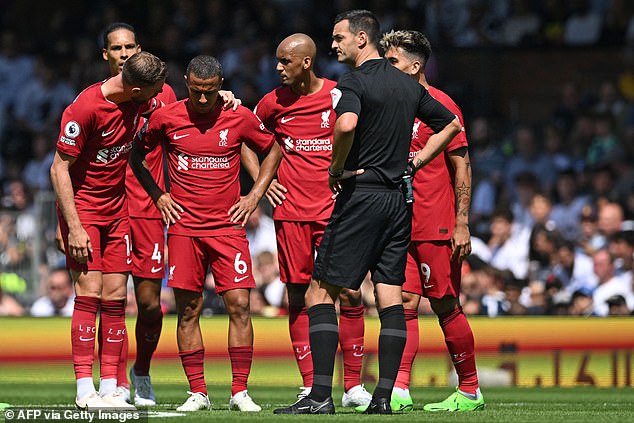 ‘If the right player was available and the opportunity was there, we would have done it. We have had a lot of conversations already and it doesn’t look like anything will happen,’ Klopp said.

He added: ‘I’m happy with the strength and quality of my squad. But we have injuries and now it is a question of how long they will be out.

‘There are different solutions for it, one of them is transfer market. Transfer market only makes sense if you can bring in the right player. 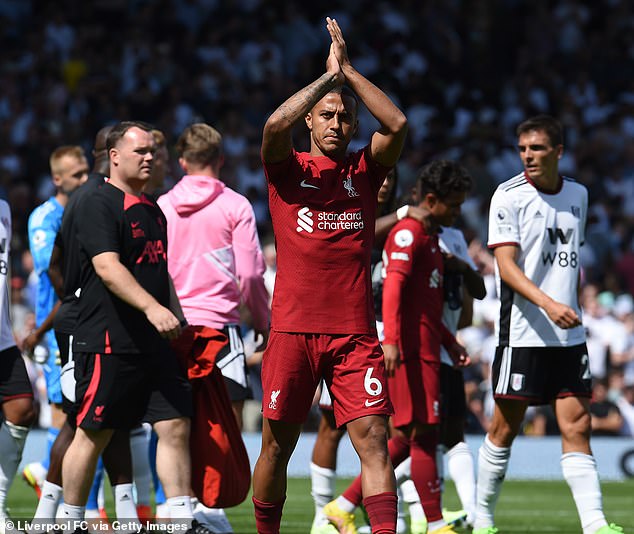 ‘All the other solutions are inside the squad and we now have too many injuries. Naby [Keita] will be back for Monday and Kostas [Tsimikas] will train for the first time today. That is the situation.

I understand the question but i don’t understand it as well (about purchasing further options). Because if there was the right solution we would have done it already, we are not stubborn.’

Klopp was asked how Thiago was doing having sustained the injury last week, to which he responded that it did not look good for the midfielder.

‘Thiago is good but the injury is not good,’ he said.

When asked how long the midfielder might expect to be out for, Klopp rather mischievously put the onus back onto the press pack sitting in front of him by saying that he ‘read four to six weeks’.

The German was pressed further on what options he perceives to be Liverpool’s best moving forward without the Spaniard Thiago. 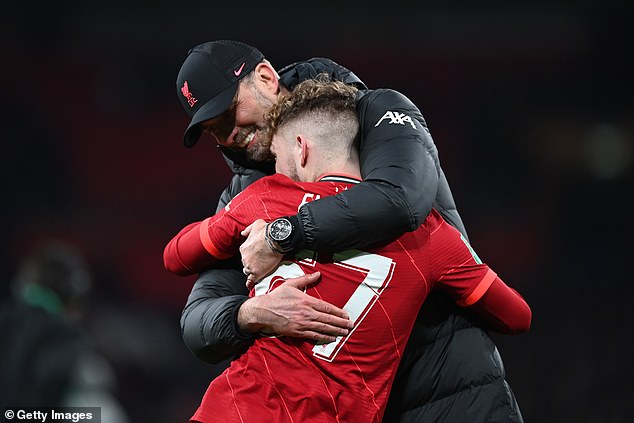 Harvey Elliot, who enjoyed a ‘really good’ pre-season according to his manager, is one of those that could be expected to step up while Naby Keita will make a return to the squad for Crystal Palace on Monday.

Klopp said of the young Englishman Elliot: ‘He’s always [in our plans]. Fantastic boy. He played a really good pre-season. Of course [in our plans for Monday].’

Asked if it was now particularly important for Elliot to step up, Klopp sought to take the pressure off the young player by suggesting that everybody in the squad needed to deliver.

‘Everybody just has to make another step in their development, that’s normal. Harvey played a good pre-season, came on against City played a really good game. Does he have to step up? Yeah, but like all the others as well,’ he said.