‘It has moulded me into who I am’: Kyle Walker knows he can overcome anything football throws at him after witnessing heartbreaking tragedies as a child… now the Man City star wants to cap his remarkable journey by lifting the World Cup with England

Kyle Walker has been discussing the events that shaped his life when, suddenly, he pauses. There is a need to answer the question he has been asked with care and consideration and he wants to be precise.

Once he begins to speak, the requirement for patience becomes apparent. Manchester City’s right back is revisiting his childhood in Sheffield and explaining how three incidents he saw enable him to apply perspective to moments and situations that some could deem challenging.

The talk begins when he is reminded that, one day, he arrived home from school to find a woman walking around the vicinity of his home wearing a motorcycle helmet and carrying an axe. The direction the conversation takes quickly makes it clear this was not the worst thing he saw. 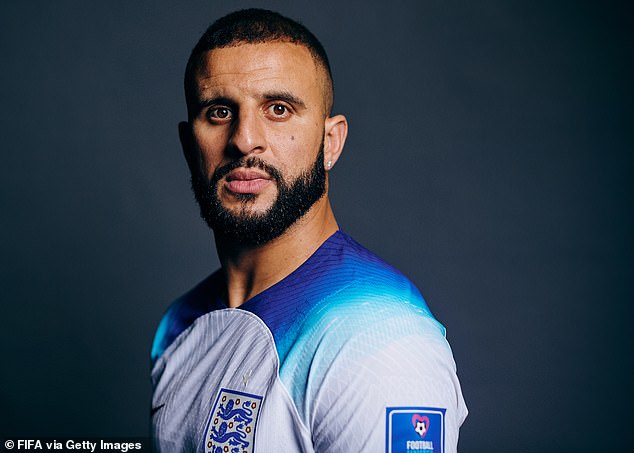 ‘Even now, I say it with a smile on my face,’ Walker begins. ‘At that time, when it happened, I didn’t realise (the significance and seriousness). I wasn’t an adult. I wasn’t aware of what was actually happening. If I look back, I think, “That was actually quite bad”.’

But not the worst. That was the fire that was started at a neighbour’s house when someone poured petrol through their letterbox and tossed in a match, and the tragic scene he unwittingly stumbled upon, again when returning home. His recollection is harrowing.

‘The fire was bad. Then there was someone hung on the stairs,’ Walker says, having gathered his thoughts. ‘I was going up on my landing. I didn’t technically see him hang himself but the police blanked it all off and it was next to my house.

‘With the fire, the kids got out. The caretakers caught them on some blankets. The mum threw them out. The mum was a biggish lady and she couldn’t get out.’

There is another respectful pause. 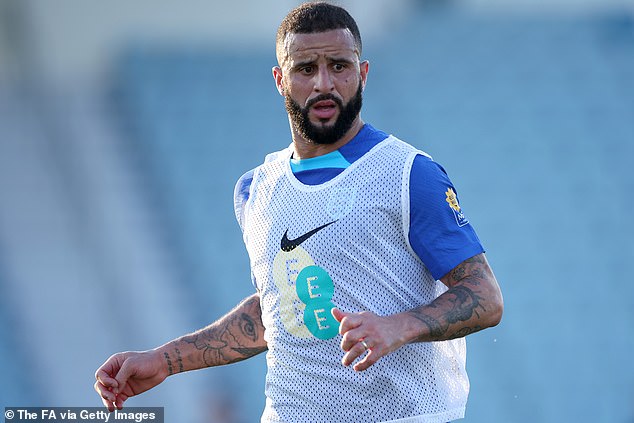 Walker, who has gone to the World Cup with England, witnessed various tragedies as a child 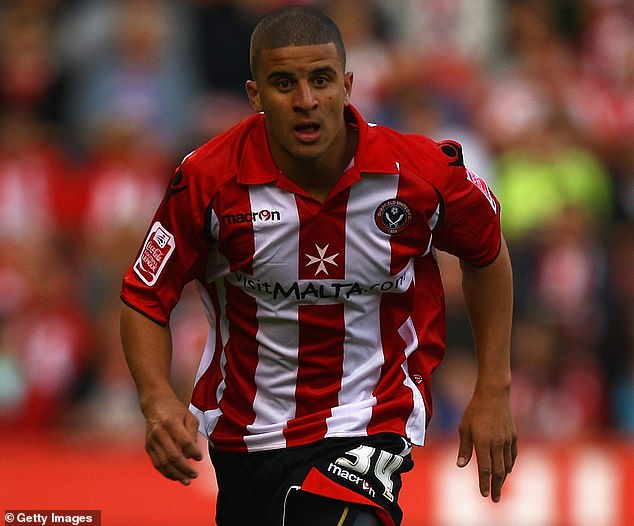 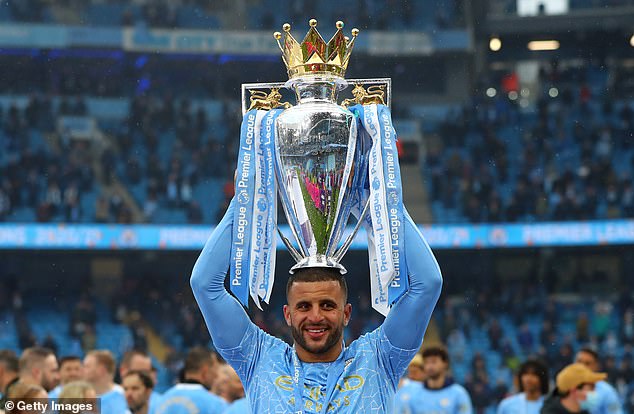 He overcame those early setbacks to reach the top of English football, having won four Premier League titles so far during his spell at Man City

‘I don’t tend to think about it,’ Walker says. ‘I wouldn’t say it is part and parcel of growing up because no one should experience that. I think it has moulded me into who I am as a person and I think your path is written out for you to experience certain things in life.

‘I’ve had to go through certain setbacks, certain doubts. I’ve had highs as well which I have achieved at Manchester City. Your path is written out for you and what will be will be. Maybe it is my upbringing. Where I grew up in Sheffield, you had to survive.’

He has done more than that. He has thrived, winning 12 major honours and 70 England caps and it is vital to stress the narrative of the conversation that took place with him at the Al Wakrah Sports Complex on Wednesday was not relentlessly morbid and did not make him feel uneasy.

Walker was prepared to talk about his life, the journey he has been on and the ambition that bursts from him to crown it all by potentially helping England win the World Cup next month. He is 32 now, vastly experienced and spoke with candour – not to mention humour.

There is no question he is a football obsessive, someone who has thrived from working with Pep Guardiola, but maturity and parenthood – he is the father of four children – has enabled him to deal with the situations that would have once left him stewing.

‘When I go home, I’m Dad,’ he says. ‘If you have a bad game, you can’t change the past. I try to leave my football parked at the door. I’m probably running around with the kids doing whatever I need to do. That’s just how life is.

‘I’m sure when you guys go home and sit with your missus, you don’t get your Dictaphone out and say, “I’m just going to write this!” She will say, “Can you leave that in your bag and have some time alone?” It’s just the same for us. We are not anything special.’

It is a lovely line, delivered to gales of laughter, and it helps bring light to the shade. Football is now on the agenda and Walker, who has not played since October 3 after rupturing his groin, is happy to report he is in prime physical condition, if and when Gareth Southgate needs him.

Southgate has great trust in Walker, as does Guardiola, and his respect for the influence they have had on him is apparent. His enthusiasm for his club manager signing a new two-year deal matches the way he speaks about how England’s head coach is plotting this World Cup campaign. 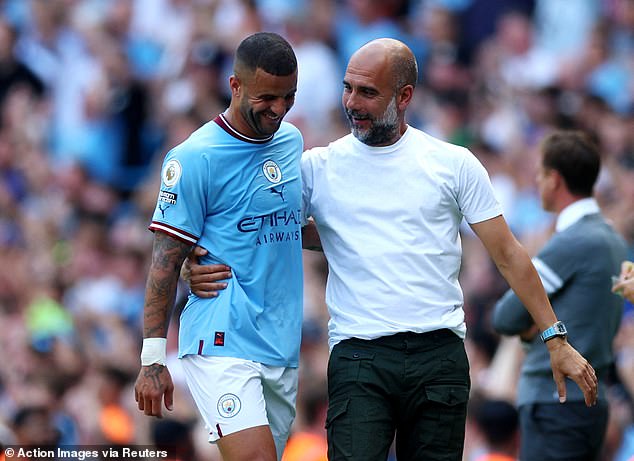 Walker has huge admiration for Pep Guardiola, who he has worked under for five years at City 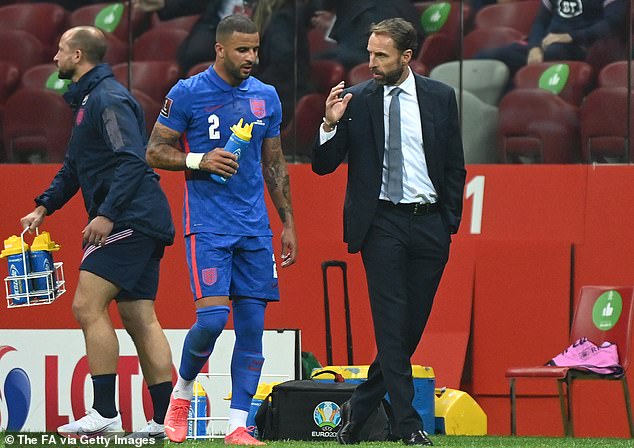 ‘What words can I say that are going to do Guardiola justice?’ Walker asks. ‘What he has achieved, especially since I’ve been there, in the six seasons? What a man, what a manager first and foremost. But his results back that up and the contract shows the faith he has in the club.

‘It also shows in the direction the club is moving in. Hopefully we can take new steps up the ladder to achieve what we want to achieve in club football.’

That, clearly, is winning the Champions League but hearing him speak about Southgate and the World Cup reminds you why this tournament is the pinnacle.

‘We have earned the right to have more expectation and that is not a bad thing,’ he says. ‘When you have expectations, it means you are a good team.

‘We need to be calm, we need to be together. Let’s get through the bad moments and make sure the good moments count. 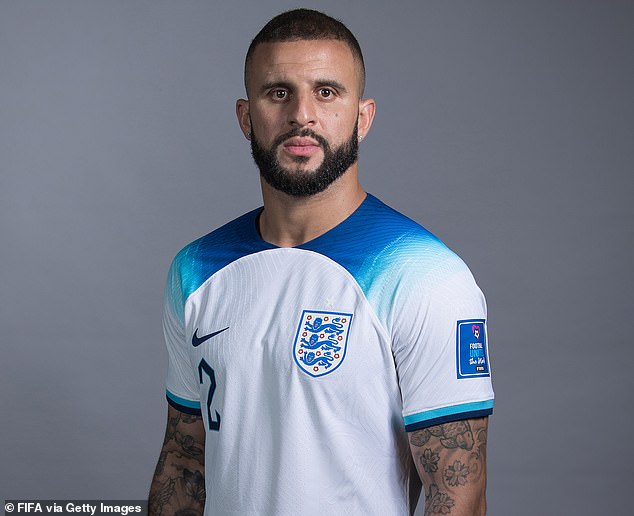