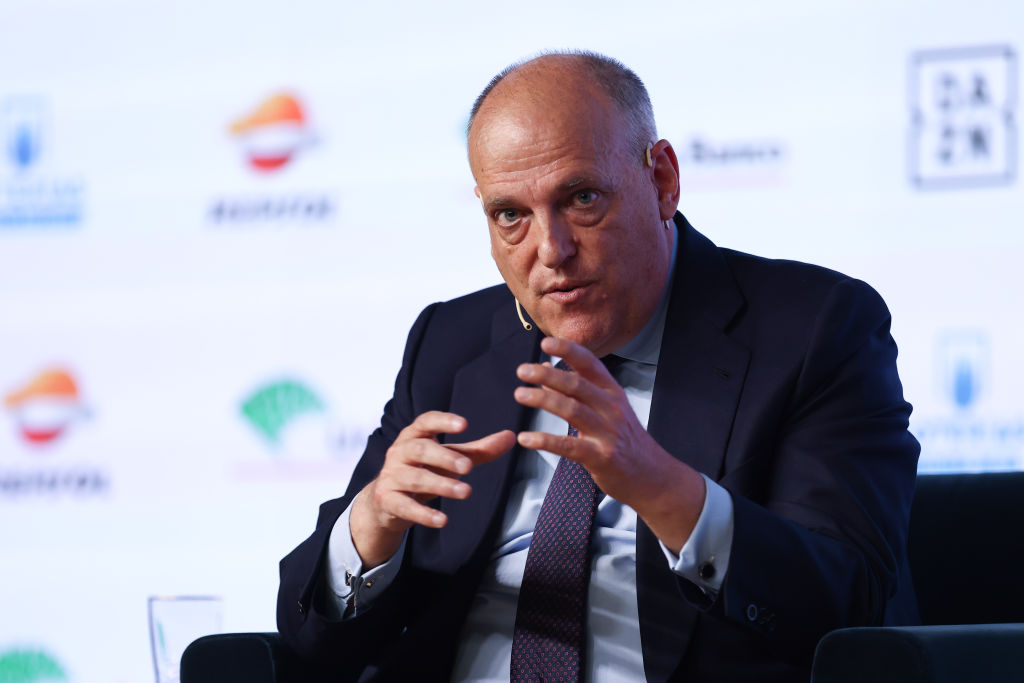 The first complaint against Manchester City was filed in April and the second against PSG has now been presented to UEFA as well.

This comes off the back of Kylian Mbappe staying with PSG when he had been heavily linked with a move to Real Madrid, and Erling Haaland moving to City when he had been touted as a possible signing for Real and Barcelona.

A statement from La Liga read: ‘La Liga this week filed a complaint with UEFA against PSG, which will join another against Manchester City in April, for understanding that these clubs are continuously breaching the current financial fair play regulations.

‘La Liga considers that these practices alter the ecosystem and the sustainability of football, harm all European clubs and leagues, and only serve to artificially inflate the market, with money not generated in football itself.

‘La Liga understands that the irregular financing of these clubs is carried out, either through direct injections of money or through sponsorship and other contracts that do not correspond to market conditions or make economic sense.

‘The complaints against Manchester City before UEFA were made in April and this last week the one corresponding to PSG has been presented, although it is not ruled out that in the coming days extensions of some of these complaints will be made with the contributions of new data.

‘Additionally, La Liga has contracted law firms in France and Switzerland, including the French firm of lawyer Juan Branco, with the aim of undertaking administrative and judicial actions before the competent French bodies and before the European Union as soon as possible.’

La Liga president Javier Tebas said of City’s deal to sign Haaland from Borussia Dortmund for an initial fee of £51m that will rise to £85.5m: ‘They must have done something, because (Erling) Haaland asked the clubs for more apart from the €60 (£51m) that has been paid.’