Spain forward Rodrigo held his nerve in the fourth minute of added time to convert his first goal of the season from the spot after Leeds substitute Joe Gelhardt went tumbling under Nelson Semedo’s challenge.

Wolves had ridden the storm at a raucous Elland Road and appeared set to notch their fourth straight Premier League win after snatching the lead through Hwang Hee-chan’s early close-range finish.

Bielsa said: “Apart from the initial minutes in both halves we could control the game. We created not too dangerous and not too many, but sufficient chances to win the game.

“As the game wore on our insistence started to fatigue or waste their defence. We could worry the opponent.

“As such I thought that the result was insufficient as I thought we could have scored more than one goal.”

Bielsa was satisfied with his injury-hit side’s response after they had turned in one of their worst displays under the Argentinian in last week’s 1-0 defeat at Southampton.

“It was a step forward,” Bielsa said. “Compared to the game last week, that game was without shine. This was a lot more like what the team is capable of.”

The ex-Argentina and Chile boss was also touched by the reaction of the home fans, who created a wall of sound in the second half as Leeds chased an equaliser.

“I received something written to me from Chile and it reminded me of a song the fans in that country sing,” added Bielsa, who is waiting to learn the full extent of the injury which forced winger Raphinha off in the second half.

“It says when a team is not playing well, the more you have to shout because that makes them win.

“Today, in the moment when the team most needed it, the public had a decisive presence. That message I received from a country I love a lot like Chile and the game today evoked that message.”

Wolves boss Bruno Lage was clearly disappointed his side had been unable to hold on to all three points, which would have lifted them up to fourth in the table. 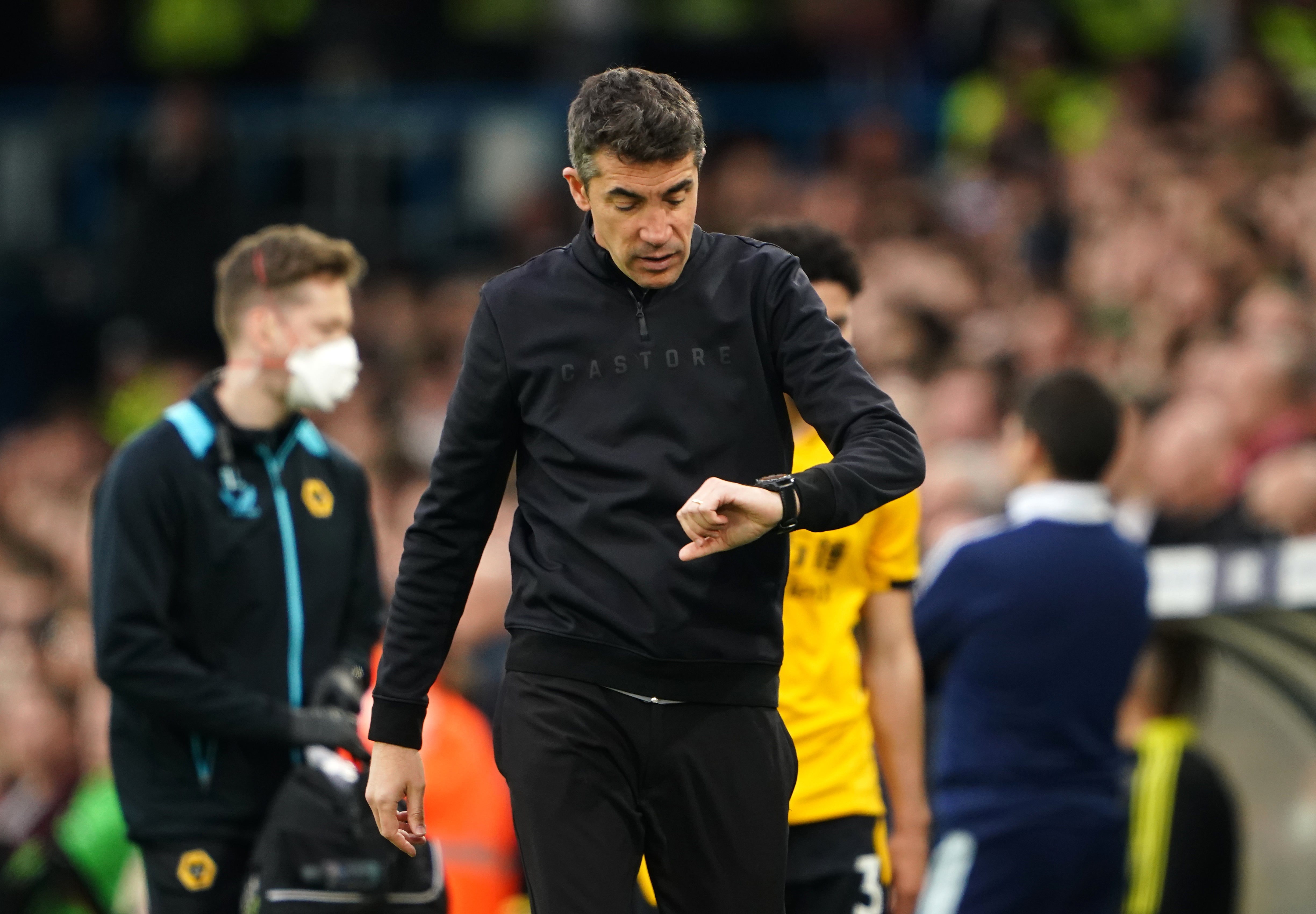 “We were under control in the game. It was the last minutes,” Lage said. “It was very soft the way we defend that situation.”

The Portuguese was referring to the penalty when young striker Gelhardt was allowed to run at the Wolves defence.

He said: “(He) received the ball with his back to goal, had chance to turn. I did not see the situation on TV, but it was very soft for him to go on the floor. This is football.”

Lage admitted Leeds had made life difficult for his in-form side, adding: “It’s very hard to play against them.

“They have a lot of men to follow our players and press. It was not easy for us to keep the ball more.”