Leeds boss Marcelo Bielsa has refused to change his approach this season in the Premier League, and his attacking system punished him as Crystal Palace thumped his side 4-1 over the weekend. And the Argentine has been slammed by former Aston Villa striker Gabby Agbonlahor.

Leeds manager Bielsa has been warned he needs to change up his backline completely if he is to have more success in the Premier League.

The Whites were thumped 4-1 by Crystal Palace over the weekend, and boast the joint-worst defensive record in the top flight.

Bielsa is known for his attacking tactics, and has tried to stick to his guns against better opposition this season.

However, former Aston Villa striker Gabby Agbonlahor says he needs to go back to the drawing board when it comes to his approach.

JUST IN: Premier League richest owners revealed: Where do your club rank? 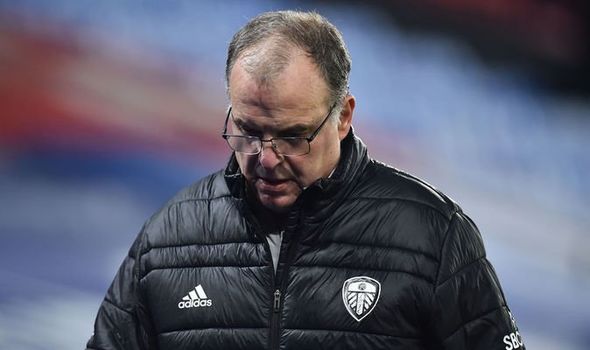 The back three of Liam Cooper, Robin Koch and Luke Ayling also came in for criticism, with Agbonlahor calling for all three to be axed.

He told talkSPORT: “It’s a bit naïve. Everyone knows what Crystal Palace are going to do.

“They are going to play on the counter attack. They’ve got great speed going forward. 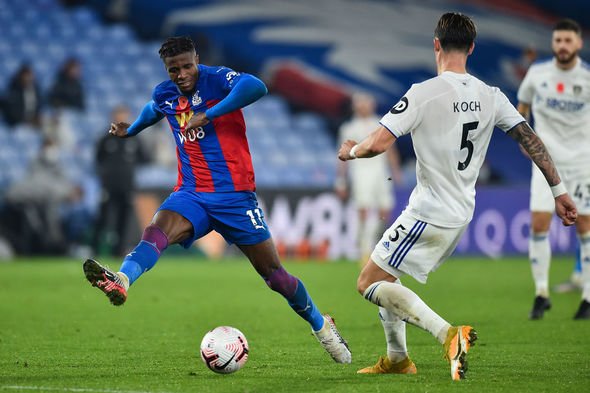 “Bielsa has to change his tactics for different games. You can’t press every team and be so open. That’s what Leeds were; they were so open.

“He played three centre-halves who, for me, are not good enough in the Premier League and they need protection.

“If you leave them on their own against [Wilfried] Zaha, [Eberechi] Eze, and [Andros] Townsend, they are going to destroy you.

“You can’t concede four goals every game in the Premier League and try and beat teams 5-4.

“I think he needs to sit down and think to himself; some games he can play the way he wants to play with the attacking high press, but some games you have to change your tactics.

“It was just a bit of naivety from Bielsa.”