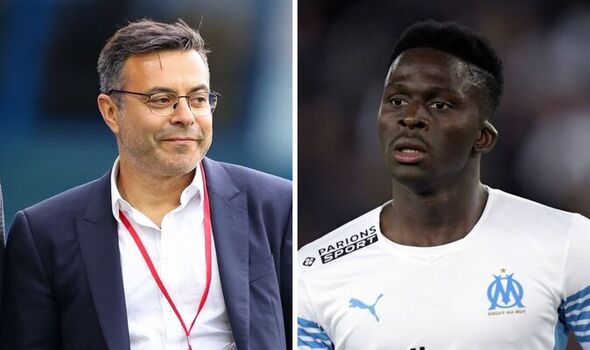 Leeds owner Andrea Radrizzani has gone viral on social media for his tweet “welcoming” Bamba Dieng to the club just hours before the transfer collapsed in a spectacular turn of events. Leeds were one of the busier Premier League clubs in the the summer transfer window, bringing in a host of players to bolster Jesse Marsch’s squad.

They were still light in attack though and Rodrigo’s injury against Everton left Marsch even shorter of options to choose from. The Spaniard is set to be out of action for a month after dislocating his shoulder on Tuesday night.

Leeds swiftly turned their attention to Dieng and talks were seemingly moving quickly with a fee agreed with Marseille. Personal terms were also thought to have been done and dusted with Dieng scheduled to get on a chartered jet to fly into England to complete his move to Leeds on deadline day.

But the deal has sensationally fallen through after a last-minute approach from Nice to hijack the move. Dieng was said to have still been at the airport while his agent was holding discussions with Nice. 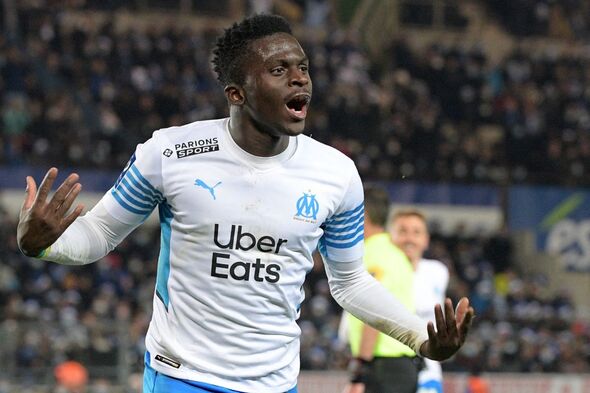 The delay reportedly infuriated Leeds, who seemingly got an indication Dieng was being swayed on joining Nice, and ended up withdrawing their interest entirely. The transfer blow was made even more spectacular given what Radrizzani had said on Twitter just hours prior.

Given Leeds’ prior interest in Cody Gakpo, some of the club’s supporters were not overly enthralled by the prospect of Dieng joining. One Leeds fan took to social media to state that he ‘understands why people are a bit underwhelmed’ by Dieng after the Gakpo speculation.

But he also wrote a request to Leeds fans to get behind what he thought would be Leeds’ eighth signing of the summer. Incredibly, Leeds owner Radrizzani then replied to the tweet appearing to confirm that Dieng was heading to Elland Road.

He tweeted: “Lets welcome Bamba Dieng and we will continue to work on Gakpo.” It came just hours before news broke that Nice were hijacking the move and Radrizzani took some slack on social media for shooting his shot a bit too early.

@James_Rodgers1 wrote: “Sometimes it’s a good idea not to tweet till the player has signed the contract. Just a thought.” @danfawcett1 tweeted: “Quick question should I still be welcoming Dieng. Not sure a player signing for Nice is entirely relevant to the Gakpo deal falling through.”

@iancurwen said: “I don’t get why he hasn’t removed it and taken some learning from the experience.” @WitlessWolrab 8joked: “If Dieng has seen this and ran a mile I dont blame him.”

Radrizzani later logged back onto Twitter to seemingly take aim at Marseille and Dieng over the transfer farce.

He said: “Part of the madness of deadline day. We have been screwed up , it happens even to the best ones. We have done a great market, planned and executed our targets at very early stage.”