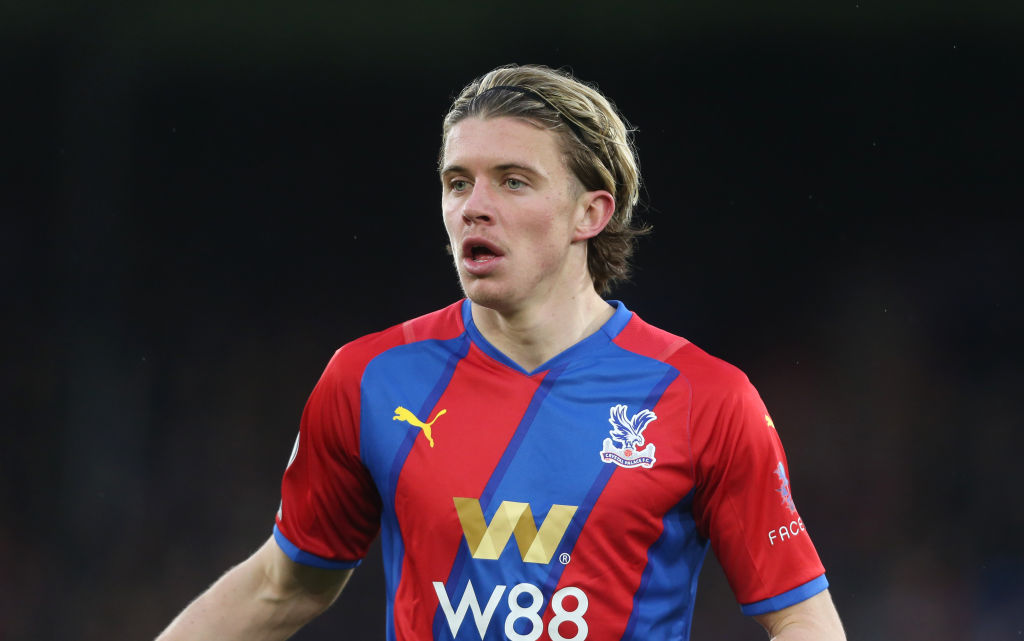 The game was part of the Premier League’s Rainbow Laces campaign to support LGBTQ+ inclusion across England’s top flight.

In a statement, Leeds said: ‘We are aware of a homophobic chant directed at a Crystal Palace player and we want to be very clear that this is unacceptable.

‘We will continue to work closely with Marching Out Together [a Leeds United’s LGBTQ+ supporters group] and all of our supporter groups to ensure that we do everything within our power to eradicate homophobia and any other form of discrimination from our football club.’

Meanwhile, Chelsea LGBTQ+ group, Chelsea Pride, also condemned the behaviour of some of the Leeds supporters.

‘This is not okay and should not be happening,’ they said.

‘There is no place for homophobia, biphobia and transphobia in football or society.

‘All forms of discrimination need to be kicked out of the game we all love.

‘We need clubs and authorities to take a stronger stance towards those fans who use this language.”

It is not the first time this season that a Chelsea loanee has been a victim of homophobic abuse, after midfielder Billy Gilmour was subjected to chants during Norwich’s Premier League clash with Liverpool in August.