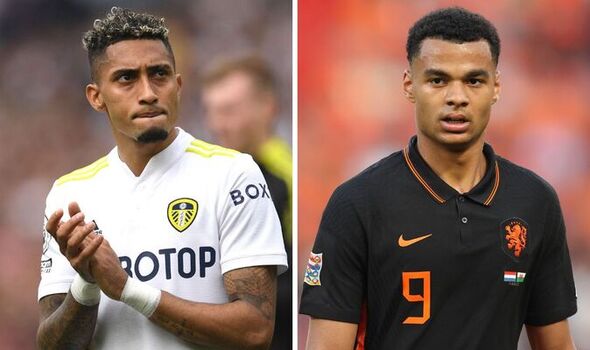 Leeds have identified PSV winger Cody Gakpo as a potential replacement for Raphinha as the Whites prepare for the departure of the Brazilian, according to reports. Arsenal and Tottenham are now beginning to up the ante for the 25-year-old attacker, who is valued at upwards of £50million by Elland Road chiefs following an impressive 11-goal Premier League campaign last term.

Arsenal saw an opening offer for Raphinha rejected on Tuesday by Leeds but the Gunners are expected to improve their bid for the Brazil international, who is among Mikel Arteta and Edu’s top targets.

Yet competition is seemingly fierce and the race for his services is now beginning to heat up with Spurs expected to submit their opening proposal for Raphinha in due course.

He has already agreed personal terms with Barcelona, although the Catalan giants do not have the cash at hand to fund a deal as things stand.

According to Foot Mercato, Leeds are now putting plans in place for the expected departure of Raphinha and they have earmarked Holland international Gakpo as a player capable of replacing him. 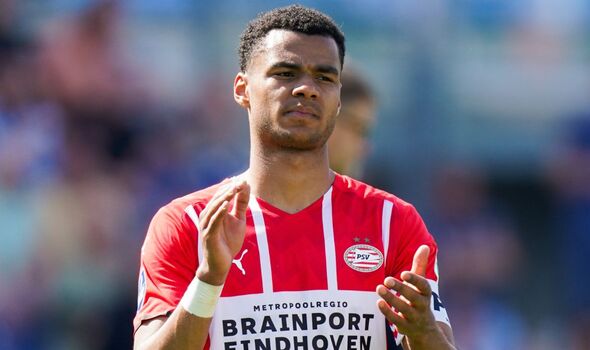 He would cost around £26m and is yet to offer new manager Ruud van Nistelrooy assurances that he will be staying put next season.

The 23-year-old fired 12 goals and registered 13 assists in the Eredivisie last season, as PSV finished second to Ajax.

Roger Schmidt’s side did pip their rivals to the KNVB Cup though after coming from behind to beat Erik ten Hag’s men 2-1 in the final in Rotterdam.

Gakpo was on the scoresheet that day and ahead of the summer transfer window, Arsenal were believed to have added him to their shortlist.

However, the Gunners have since decided they have the leverage to fund a move for Raphinha as they continue to work on a deal with Leeds.

They will have to move quickly if they are to see off their north London rivals Spurs though, who have wasted no time in the transfer market so far.

Fabio Paratici and Daniel Levy have already wrapped up three summer signings to date in the form of Fraser Forster, Ivan Perisic and Yves Bissouma.

The report also mentions that Arsenal could turn to Gakpo if they fail to prevail in the battle for Raphinha.

Gakpo is currently on course to make Holland’s squad for the World Cup in Qatar having netted twice in seven outings for his country.

He was recently urged to stay at PSV for another season by Dutch journalist Marco Timmer, who he believes he has a lot to learn from Van Nistelrooy.

“The footballer has missed too many matches in the past two seasons due to injuries,” Timmer said.

“And although he is PSV’s best player, the captain was not always there in the big games. He was in the cup final against Ajax, but for example not against Leicester City twice.

“In Van Nistelrooy, Gakpo has the perfect example and an excellent experience expert. The student better listen to the master.”