Leeds United manager Marcelo Bielsa has claimed that he’s hopeful that both Kiko Casilla and Kalvin Phillips will be fit to play against Middlesbrough on Wednesday night. Casilla had taken a kick in the hand against Reading, while Phillips limped off in the 37rd minute.

The Whites boss is optimistic that both players will feature in his starting XI on Wednesday.

Leeds head to Middlesbrough in the Championship, and could extend the lead over their promotion rivals.

Following a spell of underwhelming results, Bielsa has managed to earn back-to-back wins, and are now four points behind West Brom at the top of the table.

The manager would also be delighted that both of his key players aren’t expected to be out of action for long periods of time. 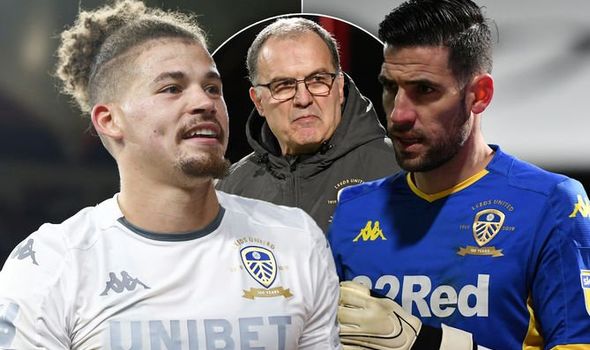 “Kiko has a problem with his hand, there is inflammation from a kick,” said Bielsa.

Bielsa confirmed that Casilla’s hand wasn’t broken, and he was only being treated for inflammation.

The goalkeeper has maintained his place in the Leeds starting XI in recent weeks, despite his poor run of form.

Meanwhile, Phillips is in a similar situation to Casilla, the Leeds boss claimed.

He was injured from a kick in the clash against Reading last weekend.

If the pain dies down, the holding midfielder is expected to play.

“Kalvin got a kick, and it depends on if the pain disappears,” said Bielsa. “With both players I am optimistic.” 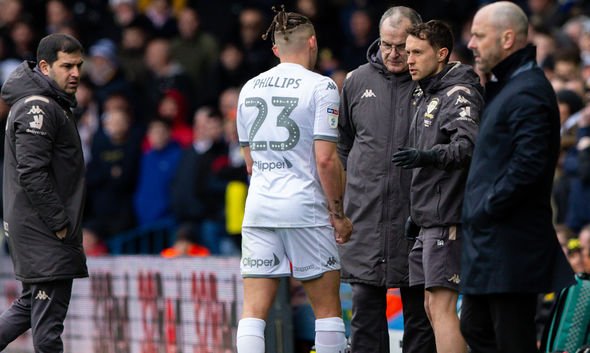 If both players return to the team, Bielsa is expected to stick with his usual starting XI for the Middlesbrough tie.

Meanwhile, Bielsa claimed that he didn’t know exactly what instigated the turn around in form.

After the 1-0 win over Reading, Leeds recorded their first back-to-back wins in the Championship since December 10.

“I didn’t see big change,” said Bielsa, when asked about the upturn in form.

“I think if we talk about luck, it’s not fair enough because we ignore other things as well.

“What I can tell you, is that football is a discipline where maybe you have the same performance but get different results.

“That makes football unpredictable and emotional, because there is nothing that says clearly what’s going to happen.

“In front of the same people per performance, you have different affects. That is why football is so attractive.”