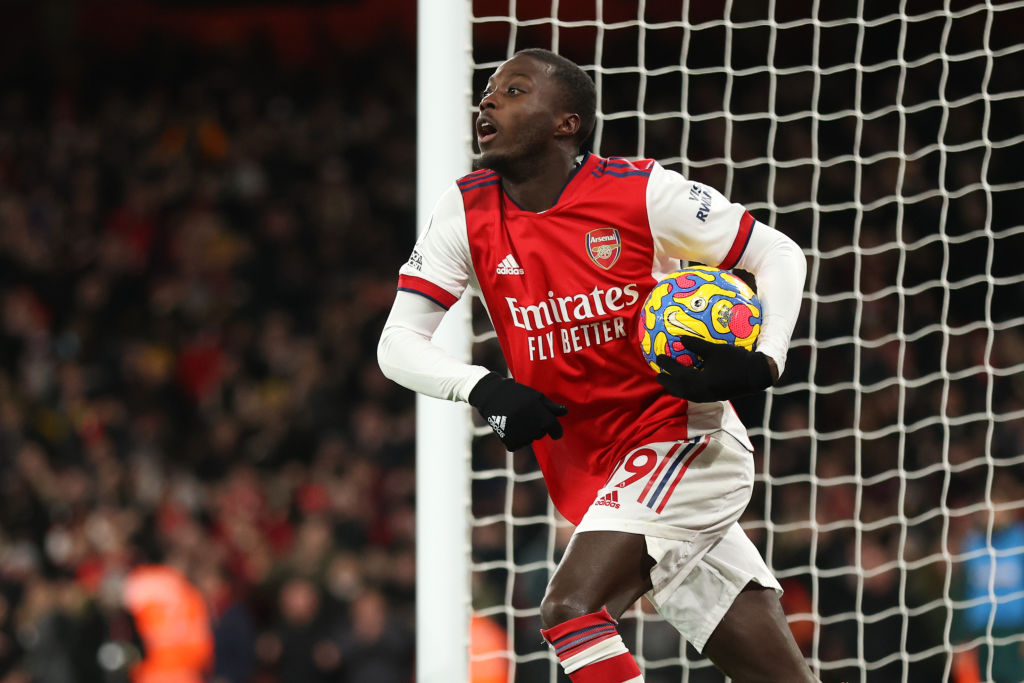 Disastrous Arsenal signing Nicolas Pepe is up for sale and despite his forgettable stint with the Gunners, the likes of Leeds United, Marseille, Lyon and Sevilla are all interested in signing him.

The Ivory Coast international joined from Lille in 2019 for a bafflingly high price of £72m, a figure he has failed to live up to throughout his stint in north London.

Manager Mikel Arteta has rarely shown much faith in the 27-year-old and Arsenal are now looking to cut their losses on the winger, selling him for much less than what they paid for him.

The Daily Mail report that the Gunners are hoping for around £25m for Pepe, who has two years left on his contract at the Emirates.

The report states that Leeds are interested in his signature, as are Ligue 1 sides Lyon and Marseille and Spanish outfit Sevilla.

However, the La Liga side are reportedly only willing to pay around £15m for him, while Pepe would also have to accept less than the £100,000-a-week he currently earns at Arsenal.

Leeds have already made a string of signings this summer as Jesse Marsch looks to put his own stamp on the squad, bringing in Luis Sinisterra, Tyler Adams, Darko Gyabi, Marc Roca, Rasmus Kristensen and Brenden Aaronson.

Pepe made just 20 Premier League appearances last season, scoring only once and his first team opportunities are likely to be even more restricted in the upcoming campaign if he doesn’t leave.

Gabriel Jesus and Fabio Vieira have arrives at the club, meaning the Ivorian will now be behind those new signings, as well as Gabriel Martinelli, Bukayo Saka, Martin Odegaard and Emile Smith Rowe in the pecking order.

However, he is involved in pre-season with his teammates, featuring in the 5-3 win over Nurnberg in Germany before the squad head to America for more friendlies.