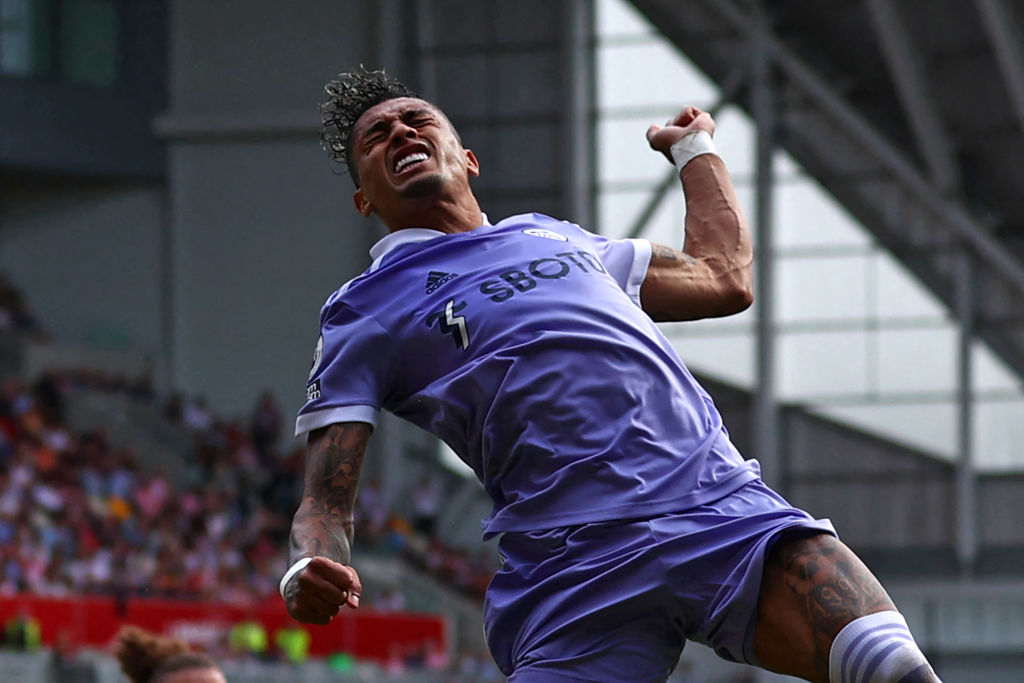 Leeds United have raised their asking price for Chelsea and Arsenal transfer target Raphinha after agreeing a deal to sell Kalvin Phillips to Manchester City.

The Premier League champions identified the England international as their ideal replacement for outgoing stalwart Fernandinho.

City held long-term interest in Phillips’ Three Lions teammate Declan Rice, but viewed the Leeds star as a more financially viable alternative and will pay £42million for the 26-year-old.

Leeds are also fighting a losing battle to keep hold of Raphinha amid strong interest from a host of Premier League clubs.

Barcelona had appeared to be in pole position to sign the winger but they are struggling to raise the funds required to facilitate a deal.

Arsenal, who have now agreed a fee with City for Gabriel Jesus, will turn their attentions next to Raphinha but he won’t come cheap.

Leeds had initially been holding out for around £55m but, according to Fabrizio Romano, have now raised the asking price by £10m given they are under less pressure to sell as a result of the windfall they will receive for Phillips.

Arsenal had a bid of below £40m rejected earlier this week but are expected to test the waters with an improved offer in the coming days.

North London rivals Tottenham are also interested in Raphinha but Everton’s Richarlison is understood to be a priority for Antonio Conte.

Chelsea, meanwhile, are also interested in Raphinha but Thomas Tuchel’s reported plan to deploy the player in an unfamiliar wing-back role could dissuade him from moving to Stamford Bridge.