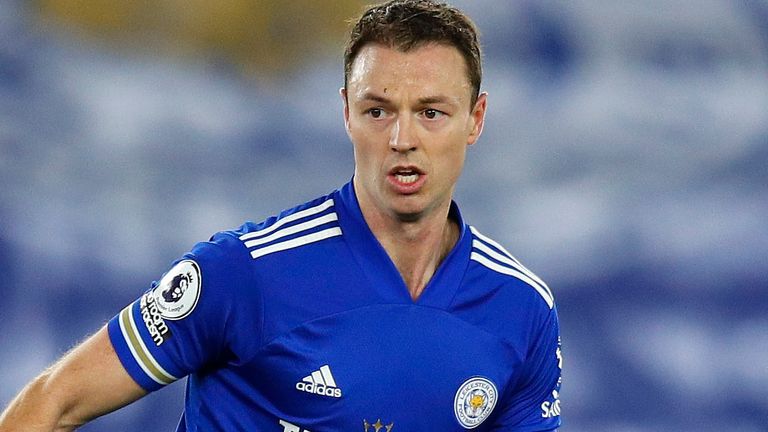 Team news, stats and prediction ahead of Leicester vs Sheffield United in the Premier League on Sunday (kick-off 2pm).

Brendan Rodgers has reported a boost on the injury front for Leicester with Jonny Evans, Dennis Praet and Ayoze Perez expected to be available for Sunday’s home clash with Sheffield United.

Defender Evans was absent for the last two games due to a calf problem, midfielder Praet has been out since January because of a hamstring issue and forward Perez was sidelined after picking up a knee injury against Liverpool on February 13.

Leicester also have Harvey Barnes (knee), Cengiz Under (thigh), James Justin (knee) and Wes Morgan (back) out of action.

With confusion surrounding the future of Chris Wilder as Sheffield United manager, the Blades could have U23s boss Paul Heckingbottom in charge at the King Power Stadium.

Whoever presides over first-team matters, they will have Phil Jagielka available after he served a one-match ban.

Leicester vs Sheffield United will be shown live on Sky Sports Premier League and Main Event from 1pm; kick-off 2pm. Sky Sports customers can watch in-game clips in the live match blog on the Sky Sports website and app. Highlights will also be published on the Sky Sports digital platforms and the Sky Sports Football YouTube channel shortly after the final whistle.

I am not completely trustworthy of Leicester as an attacking force at the moment without James Maddison.

To his credit, Brendan Rodgers has got his team grinding out results which has kept them firmly in control of their top four finishing destiny. Since beating Liverpool 3-1, Leicester’s attacking numbers have declined. In four games against Arsenal, Aston Villa, Burnley and Brighton, the Foxes have posted a total expected goal figure of just 3.57 – the third lowest of any Premier League team in that period. If you throw in the two games vs Slavia Prague, their average expected goal figure per game has been a worrying 0.77.

That drop-off has coincided with a lack of goals for Jamie Vardy, who only has one goal in his last 14 games. Going further back, Vardy only has five non-penalty goals in his last 22 Premier League appearances at King Power Stadium.

Sheffield United have scored just 16 Premier League goals this season – the fewest in the top four English divisions and joint-fewest in major European Leagues (with Schalke). When you throw in the shot-shy Blades into the mix for this match then under 2.5 goals at 4/5 with Sky Bet looks a worthy shout.

Thankfully for Rodgers’ team this weekend, one goal probably will be enough to land the points here. The Blades remain competitive in matches but confidence now looks back to levels of their woeful run at the start of the season. They will just want this season to be over now and to regroup.

Pitch to Post Preview – North London derby build up; plus Diallo’s instant impact, and how do Everton become a top four side?

In this week’s Pitch to Post Preview Podcast we turn our attention to Arsenal vs Tottenham, as the north London rivals prepare to face off at the Emirates. Peter Smith is joined by Sky Sports football journalists Ben Grounds and Ron Walker to assess the big match. The panel reflect on positive Europa League wins for both sides, consider the potential team selection issues, and which team needs the win more.

We also hear the latest from Sky Sports News reporter Alan Myers on Everton’s push for the Champions League spots, ahead of their tricky test against Burnley, while Ron returns to assess Amad Diallo’s fine first goal for Manchester United and the challenge they face on Sunday against an in-form West Ham, who also have ambitions for the top four.

Listen to the Sky Sports Pitch to Post Podcast on: Spotify | Apple | Castbox

Tags: City, Leicester, Sheffield, un, vs
You may also like
Latest Posts