Robert Lewandowski: All you need to know about Polish striker

Robert Lewandowski could have been forgiven for storming down the tunnel in disappointment following Barcelona’s 2-0 Champions League defeat to Bayern Munich on Tuesday night. It was an evening to forget for the Poland international, whose side were beaten courtesy of goals from Lucas Hernandez and Leroy Sane. However, the classy 34-year-old instead chose to remain on the field and embrace his old team-mates following the match at the Allianz Arena.

Barcelona were the better team against Bayern and, prior to the Bundesliga giants’ quick-fire double, had several chances to go ahead.

Ultimately, however, the night belonged to their Bundesliga counterparts – with Hernandez and Sane netting in a four-minute period to give the German giants all three points.

Lewandowski was bright in the first half, like many of his team-mates, yet the 34-year-old faded after the interval and endured a frustrating night at the office.

However, instead of going straight down the tunnel after the game, images from GETTY show the veteran instead opted to catch up with his old team-mates.

Lewandowski hugged Sane, whose second goal showcased the Germany international at his best as he ran through the Barcelona defence.

He also shared a brief embrace with Julian Nagelsmann, too, with the duo spending a year working together prior to the Poland international’s summer exit. 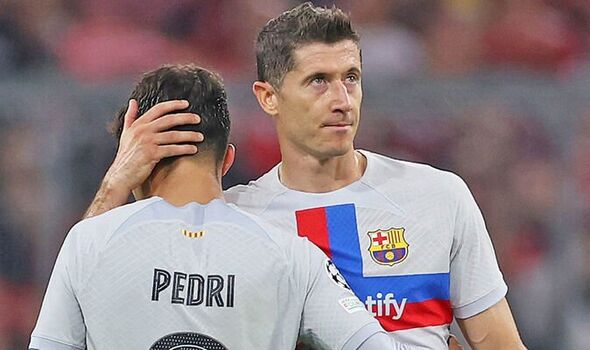 Prior to the match against against Bayern, Barcelona’s new recruit had bagged nine goals from just six matches.

Yet he drew a blank in the biggest contest of them all and will be hoping to respond when they face Elche in La Liga on Saturday (3.15pm).

While it was a night to forget for Lewandowski and his team-mates, it was a huge victory for Bayern.

Hernandez headed them in front in the 50th minute, with the France international losing Marcos Alonso at a corner to head past Marc-Andre Ter Stegen. 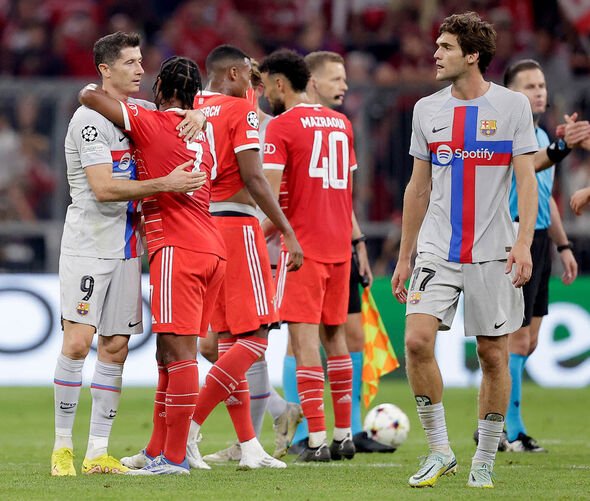 Speaking after the match in Germany, meanwhile, Xavi admitted he was angry given how his team had dominated the early stages of the contest.

“I’m mad because we should have won. We played a match to win,” said the Spaniard, whose side have now slipped to a first defeat of the campaign.

“Lewandowski missed chances, Pedri got two, Raphinha from outside the box… this is disappointing and unfair.

“Competing means winning corners, closing transitions, or having a chance in front of the goalkeeper and scoring it. 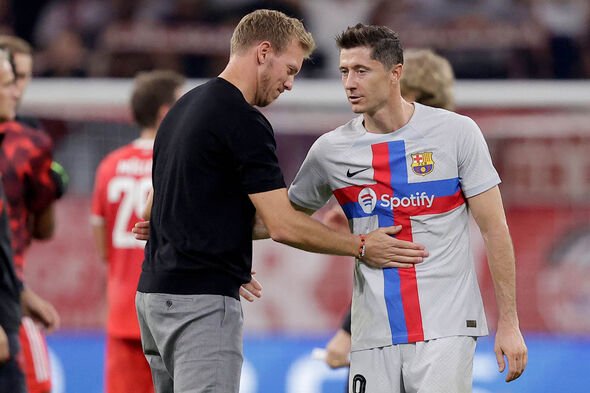 “I’m leaving angry. We had to win today. We have to be more effective in both of the areas.

“You could say that Bayern already have a built team. We’re under construction, only at the beginning of our journey.”

And he also said: “The difference between us and Bayern is that they don’t forgive in front of goal.

“The result is not a reflection of the entire match. But this is the Champions League.

“If you miss chances, you will end up paying that. We messed up. This defeat is a step backwards. 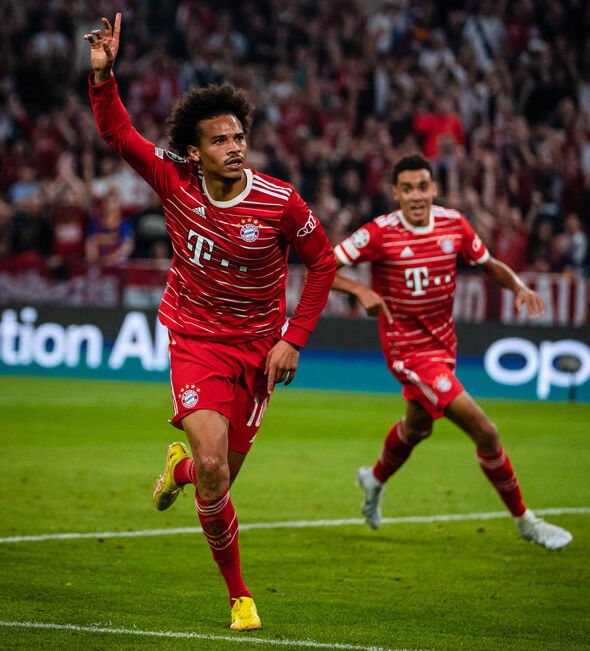 “We had six or seven clear chances to score. The first half was ours.

“We did enough not only to draw, but we should have won. We should learn from our mistakes and keep working hard.”

Nagelsmann accepted Barcelona were better in the first half, but insisted his side improved after half time.

“In the first half, Barcelona had the better chances than us — our final ball wasn’t quite there,” he said.

“Things got much better in the second half and our efficiency made the difference today.”