Lille coach Christophe Galtier walks away from French champions just two days after beating PSG to the Ligue 1 title… 54-year-old reveals Nice, Lyon and Napoli all want him as next boss

Lille coach Christophe Galtier has told the club he intends to leave, two days after leading them to the Ligue 1 title.

Galtier, 54, who joined Lille in 2017 after spending eight years at St Etienne, told L’Equipe that he had already informed club president Olivier Letang of his desire to move on.

‘I informed my president… that I was going to leave,’ Galtier told L’Equipe. 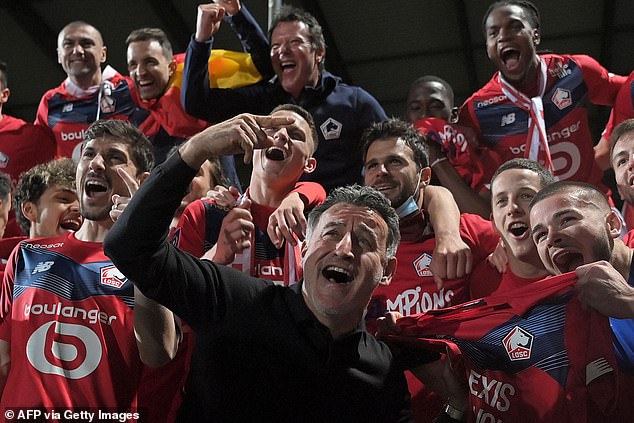 ‘I am quite simply convinced that I have done my time here. That this four-year cycle is long enough for a coach.

‘Having done four years, I feel inside that it’s time to leave this beautiful club, this magnificent club.

‘I’m leaving Lille with an incredible result, I need something else. I don’t want to fall into a routine.’ 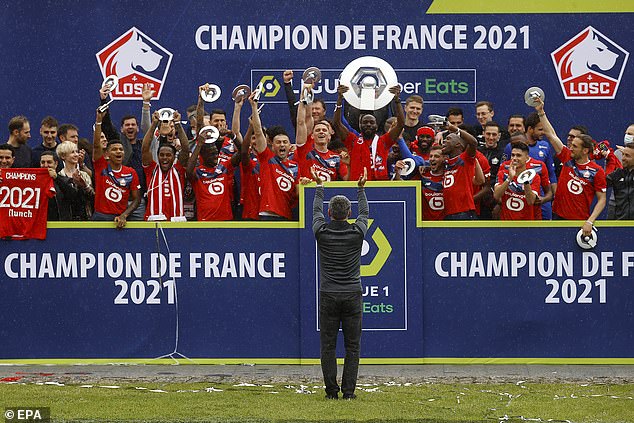 Lille sealed their first top-flight title since 2011 after beating Angers 2-1 at the weekend to finish the season with a club record of 83 points, one ahead of Paris St Germain.

Galtier was close to former Lille owner and president Gerard Lopez, who left amid the club’s financial difficulties last December.

The 54-year-old revealed Ligue 1 rivals Nice and Lyon and Italian side Napoli have all approached him.