Jorge Mas, the co-owner of Major League Soccer team Inter Miami, is “optimistic” Barcelona forward Lionel Messi will play for them in the future.

Messi’s Barcelona contract is due to expire at the end of June but Barcelona president Joan Laporta said earlier this month talks over a new contract were progressing well.

Spanish media reported Barcelona have proposed a new 10-year deal to Messi where the Argentine will play two more seasons before ending his playing career with two seasons at Inter Miami.

The 33-year-old Argentine, who wanted to leave Barcelona last summer, will then return to the La Liga club from Florida for six years as a global ambassador, the reports added.

“I am optimistic Messi will play in an Inter Miami shirt because I think it will complete the legacy of the greatest player in our generation and will meet with the ambitions of the owners of Inter Miami to build a world-class team,” Mas told the Miami Herald.

Mas said he and fellow co-owner David Beckham were determined to bring world-class talent to the Miami club, who are 11th in the 14-team MLS Eastern Conference. 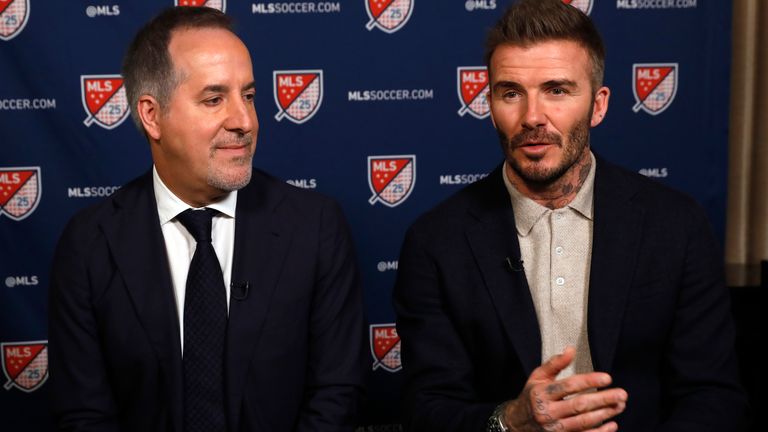 Six-time Ballon d’Or winner Messi has scored 672 goals in 778 appearances for Barcelona – both are all-time records for the club.

“David and I have been working really hard, we have aspirations of bringing the best players here and Messi is a generational player, arguably the best player of all time,” Mas added.