Barcelona salvaged a 1-1 draw against Napoli on Tuesday night and after the final whistle, Barca stars Ivan Rakitic and Sergio Busquets added to the criticism Lionel Messi had already directed towards the club.

Ahead of the game Messi gave an interview with Spanish outlet Mundo Deportivo where he claimed the club aren’t doing enough to win the Champions League.

“It is true that if we want to win the Champions League we have to continue growing a lot,” Messi said.

“Because I think that today it is not enough for us to fight for the Champions League.”

And his prediction came true on Tuesday night, as the Catalan giants had to come from behind to secure a draw at the San Paolo Stadium in Naples. 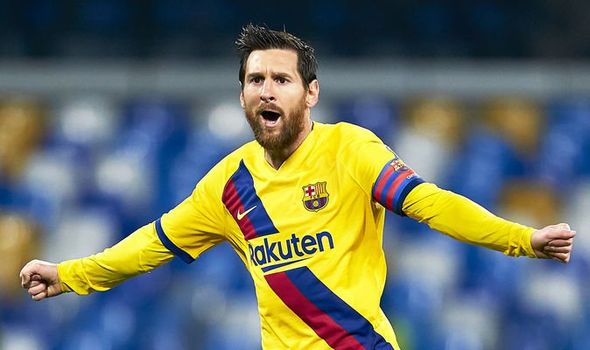 Napoli striker Dries Mertens opened the home team’s account after 30 minutes when he curled the ball into the back of the net from 18 yards out.

But Antoine Griezmann saved Barca’s blushes in the second-half when the Frenchman scored from a Nelson Semedo cross.

“Yes, but this was already known to those responsible,” Rakitic said when asked about Barcelona lack of depth.

“The solution is what it is. Those of us who are here are going to join forces because we have a very important game in the return [leg].”

And the Croatian’s sentiments were also echoed by Busquets who was also critical of the size of the current squad.

“We have a small squad and have to reinvent ourselves a little,” the defensive midfielder said.

“We like to get into the box, but sometimes it’s costly and we have to be mature enough to wait for the right moment.” 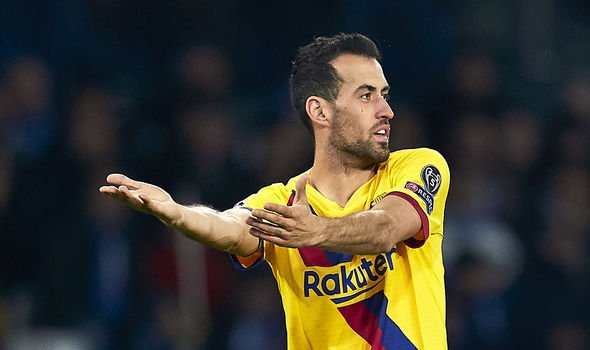 Setien even had to include five B team players in his squad that travelled to Italy.

But the Barca manager’s task of fielding a competitive team for the second leg wasn’t made easier following last night’s game.

Barcelona will be without Arturo Vidal, who was sent off late in the game after picking up a second yellow, and Busquets, who will be suspended after picked up his third booking of tournament.

Barca also have an injury worry over Gerard Pique, after the centre-back hobbled off the pitch with an ankle injury.

And while Busquets won’t be involved in the return leg, he is still hopeful his team-mates can win the return fixture.

“Semedo and I were aware that we were running the risk [of suspension],” he said.

”Then Vidal’s red card and Pique’s injury arrived. Hopefully he’ll be fit for the return leg.

“We’ll face it with the players we have. This is how we’ve had to plan. We have big absences, but we’ll fight.”