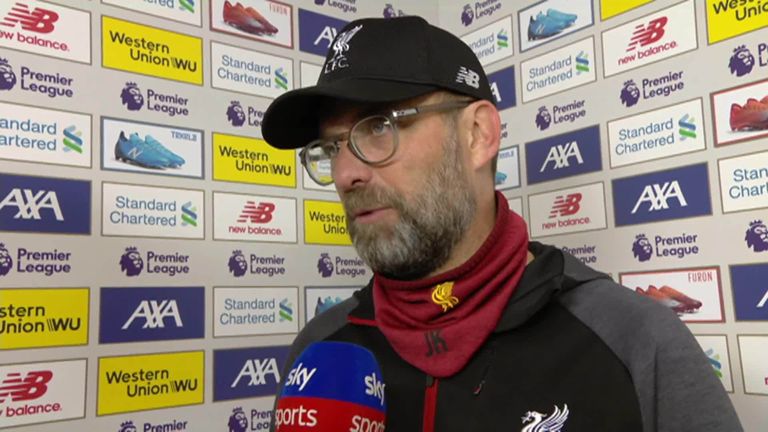 Jurgen Klopp hailed Liverpool’s powers of recovery as victory over West Ham pushed his record-chasing side one step closer to their first Premier League title.

Liverpool moved to within 12 points of being crowned champions after coming from behind to beat the Hammers 3-2 at Anfield on Monday Night Football.

He said: “The Champions League final [against Tottenham] helped a lot to know we are able to [keep winning]. 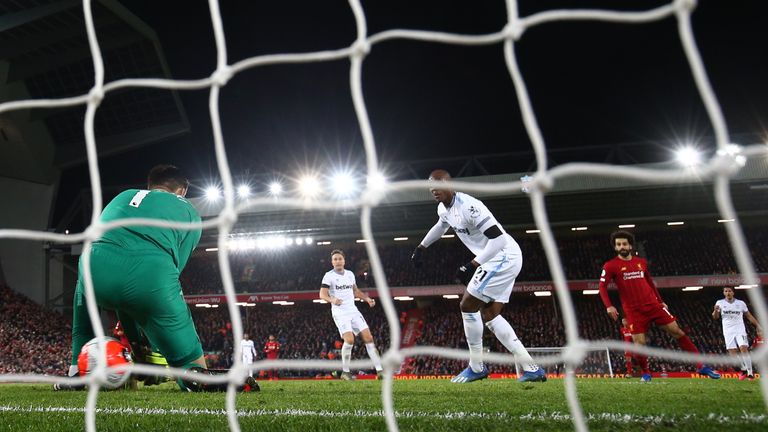 “I said after, it was the worst final I played with a team but we won! We learned in that season to do the right things again and again.

“It’s a long time ago but we had to work on that – consistency, staying in the game, using different situations.

“The set-pieces brought us back tonight. Getting the momentum back again – because we had a couple after each other. There were so many things we could do better but to reach this number of games, you cannot be brilliant all the time. “We just try to make the best of what we have. I am pleased with the attitude we showed. We lost a little bit of patience in the first half with what we did offensively.

“We wanted it a little too much, but we were forced to stay calm. The best goal we scored didn’t count but sometimes you have to squeeze it and that’s what we did tonight.”

West Ham had come back from a goal down to place themselves in a position of recording some history of their own; victory over a team with 52 more points would have been a Premier League record, but Liverpool’s superior class eventually told.

On equalling Manchester City’s record winning run, Klopp added: “I never thought it would be broken or equalled. We did it and I cannot believe it happened to be honest. 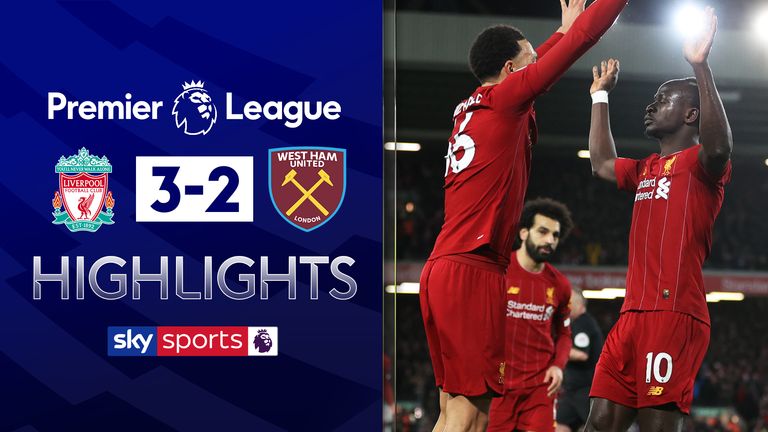 “When we equalised the stadium was rocking and that helps us. Whatever will happen this season is an effort of all of us. I could not be more thankful or appreciate the support we get.

“You see City playing and this is the team in world football that are able to win all their other games. We have to keep winning. We need to be ready and it is a home game for Watford [next]. It is not about shining but the hardest work. As long as the boys are ready to work hard I am not concerned but there is still a job to do.” 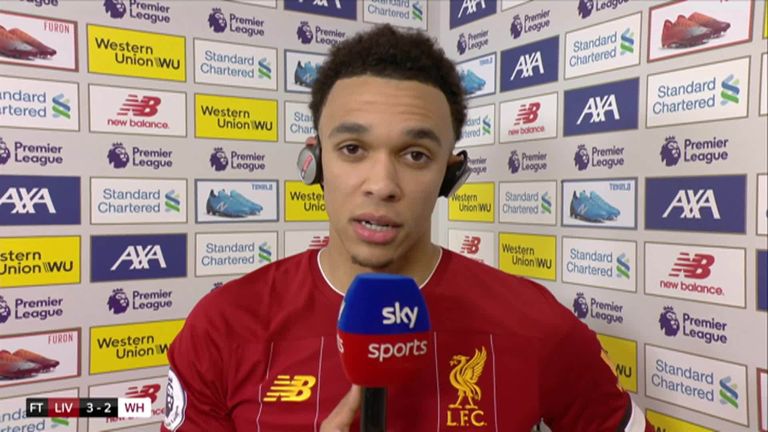 Man-of-the-match Trent Alexander-Arnold claimed two more assists, taking his overall Premier League tally to 25 – the joint-most by a Liverpool defender in the competition, along with Stig Inge Bjornebye.

“We felt like we dominated the game, but it’s football,” Alexander-Arnold told Sky Sports. ” We let them have two chances and they scored from both.

“Their set pieces were probably their best chances of scoring, so we need to look at that, but we dominated the game and we’re happy with the win. That’s the main thing, but there’s a lot of things we need to get right.

“The fans were massively with us – they were unbelievable, especially after we went behind. They were a massive help. For us, we just tried to keep going – that’s the mindset that’s been drilled into us by our manager. It paid off in the end.” West Ham boss David Moyes remains without an away win against Liverpool in all competitions, failing in 16 attempts and losing the last four in a row with Manchester United, Sunderland and the Hammers.

“There were a lot of positives to take,” he told Sky Sports. “A lot of people thought we were going to sit back, we scored twice and had two other good chances. Mistakes cost us, that’s pretty much been the story of our season. We have given the best team in the world a game. We’re gutted that we’ve lost. “We kept our shape well. Tonight was about getting up the pitch. I think Liverpool were probably a little bit surprised by the chances we created. Southampton is a massive game for us, there are positives to take from the last two games.

“We’ve got to be men out there and hold on and we could have taken a point now. It wasn’t meant to be and we’ve got to go again now.

“That has to be the standard going into every game. Take it from Liverpool, they’re a great attacking team but they also do the defensive work too.”

Boxing tonight including Usyk vs Chisora, Santa Cruz vs Davis & Inoue vs Moloney
Recent Posts
This website uses cookies to improve your user experience and to provide you with advertisements that are relevant to your interests. By continuing to browse the site you are agreeing to our use of cookies.Ok