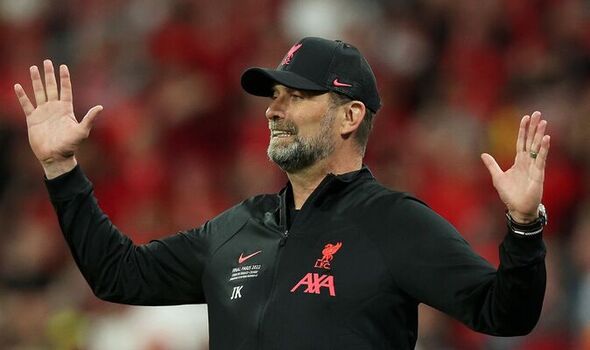 Liverpool are willing to entertain offers for up to five players this summer as the Reds prepare to focus their efforts on shifting players from Jurgen Klopp’s squad, according to reports. The Champions League finalists have now agreed a deal with Aberdeen to sign 18-year-old right-back Calvin Ramsay, who will cost an initial £4m plus £1.5m in performance-related add-ons.

The move is excepted to conclude Liverpool’s work in terms of new recruits and now Anfield chiefs will be looking to recoup some cash through sales, something they have mastered in recent years under former sporting director Michael Edwards.

According to The Mirror, Liverpool are looking to move as many as five players on this summer – whether that be on loan or permanently.

Sadio Mane, Alex Oxlade-Chamberlain, Nat Phillips, Takumi Minamino and Neco Williams are all in line to move onto pastures new.

Express Sport understands that Mane has left his exit in the hands of Bjorn Bezemer after heading on holiday.

Bayern Munich are expected to table a third bid for the Senegal international forward in due course.

The 30-year-old has been the subject of two bids to date, both of which were rejected by Liverpool.

Mane is understood to be ‘least worried’ about his future and is confident Bayern will reach an agreement in due course.

Meanwhile, there has been minimal interest to date in Oxlade-Chamberlain, despite talk that West Ham and Aston Villa are circling.

Liverpool are not expected to sign any new central midfielders, something that Oxalde-Chamberlain may consider when assessing his future.

There has been firm interest in Minamino though and his agent is currently in talks with both Monaco and Lyon over a move.

Premier League clubs including Leeds and Wolves have also shown interest in the Japanese international.

Bournemouth have also enquired about signing Nat Phillips on loan again following a successful spell on the South Coast.

Phillips helped the Cherries seal their return back to the Premier League and Scott Parker wants to keep him for another season.

Williams also remains of interest to Fulham, where he shone in the second half of the campaign on the Cottagers’ way to the Championship title.

The arrival of Ramsay is expected to push the Welshman even further down the pecking order.

Fulham are yet to return to the table with a bid to sign Williams though, as of yet.