Liverpool boss Jurgen Klopp admits he doesn’t know about team captain Jordan Henderson stopping his team-mates from talking about winning the Premier League. The undefeated Reds are on the verge of securing their first title in 30 years with a comfortable 22-point lead at the top of the table.

I didn’t know Hendo had banned that. It is just how we see it

The Merseysiders only need 12 more points to bring the trophy back to Anfield and could be crowned champions by March 21 if they win their next four matches in the competition.

But Klopp’s men refuse to get carried away, so much so that Alex Oxlade-Chamberlain recently claimed that Henderson has banned the players from talking about winning the title.

However, the Liverpool boss insists he is unaware of all that as he argues that his players are all solely focused on winning one game at a time.

Klopp said: “I didn’t know Hendo had banned that. It is just how we see it.

JUST IN: Premier League refuse to deny Liverpool could miss out on title because of coronavirus 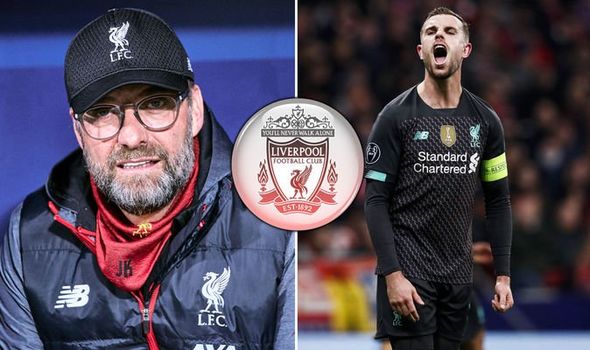 “I can’t imagine they sit in the dressing room and discuss it before I come in because when I come in I see nothing of that situation.

“I don’t see anyone wanting to talk about it and Hendo telling them to shut up. It is just focusing on the next game. 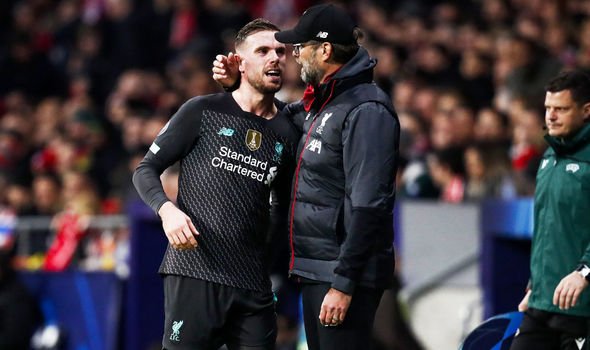 “I don’t think that is too difficult but I can imagine what it is like because I meet people who want to talk about it and who say: ‘Unbelievable. You’re going to do it.’

“Stuff like this but it doesn’t bother me. I don’t care.

“I can imagine people think like this but there is only one team who can make it happen or not and that is us.

“That is what we try to do and we try to do it by being 100 per cent focused on a specific game, and that is now Watford.

“I have no problem with people talking about [the title] but I don’t think about it. So why should I speak about it?”

Liverpool take on struggling Watford today at Vicarage Road (5.30pm) with a victory bringing them even closer to the title.

Klopp has repeatedly stated that he only pays attention to the next game at hand and isn’t too passionate about replicating Arsenal’s 2004 Invincibles campaign.

The Reds are next set for a tough FA Cup fifth-round encounter on Tuesday against Chelsea at Stamford Bridge (7.45pm).