Jurgen Klopp is well aware that even a perfect Premier League finish may not be enough to secure Champions League football next season. But Liverpool kept up their end of bargain in beating Southampton 2-0 at Anfield to keep pace with the top four.

After watching Chelsea beat Manchester City in dramatic circumstances in the teatime kick-off, the defending champions had cause to feel a little deflated.

Chelsea’s win means that Leicester now look the most fallible of the teams currently in the top-four.

With a game in hand, Liverpool now sit six points behind the Foxes, with four more fixtures to go.

Ahead of the win over Saints, Klopp was asked whether it would require a 100 per cent end to the season in order to secure a berth in next season’s Champions League.

JUST IN: What Salah has already said about Chelsea amid Liverpool rumours 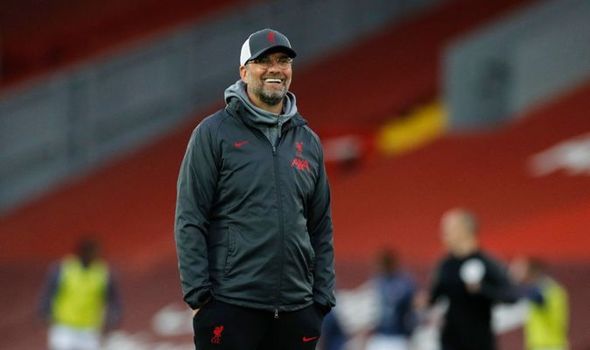 “Yes, that’s easy to say – and even then there is not a guarantee,” he explained.

“I said that already before the last two games, I think; we drew them both so that didn’t help really.

“I am not sure there is still a chance but we will try to make sure that if there is one we will be there, that’s clear.”

The German may be downplaying his side’s chances but if Sadio Mane can finally find top form, they have more than just an outside shot.

The Senegal international has been well below his best this season and along with Roberto Firmino has contributed to the Reds’ attacking woes. 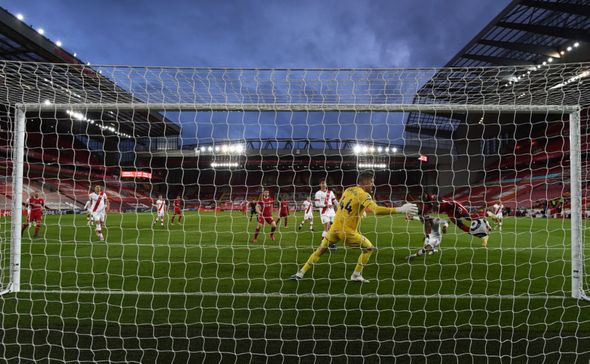 But against his former side, he showed the kind of movement that made him one of the most feared forwards in English football.

Drifting away from Kyle Walker-Peters, he managed to remain onside before slotting his close-range header into Fraser Forster’s bottom corner.

An assist from Mohamed Salah also provided reasons for optimism, with the dynamic duo rekindling their partnership at long last.

Salah creating Mane’s opener was remarkably the first time the two have linked up for a goal since June 2020.

The relationship between the front-three has looked strains at time this season, with Sky Sports pundits Jamie Carragher and Micah Richards claiming they didn’t look like friends. 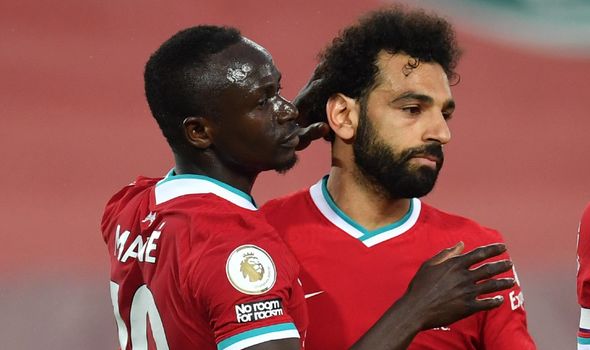 Former Liverpool striker Peter Crouch also suggested that the two may not be the closest of pals, but results would make any ill-feeling seep into the background.

“Don’t kid yourself that a competition isn’t going on between Salah and Mane, Crouch told Mail Sport last year.

“Are he and Salah the best of friends? I doubt it. But it doesn’t matter. I had strike partners who I knew never liked me. It never prevented me getting on with my job.”

And that’s al that Jurgen Klopp will care about between now and the end of the season.

An in-form Salah and Mane is sure to strike fear into the rest of the Premier League and could be the difference between the top-four being an impossible dream, or a likely scenario.