Liverpool manager Jurgen Klopp has warned his players not to expect an easy ride when they host relegation-threatened West Ham on Monday night after being impressed by their efforts in defeat at Manchester City.

David Moyes’ Hammers lost 2-0 to City at the Etihad in their rearranged fixture on Wednesday night, but though the hosts dominated possession and piled up efforts on goal, they found West Ham well organised in defence and stubborn opponents to break down.

‘They didn’t have (Felipe) Anderson on the pitch and they didn’t have (Sebastien) Haller, I know both and I like them a lot,’ Klopp said. ‘(Manuel) Lanzini was on the bench too so you see the quality they have. 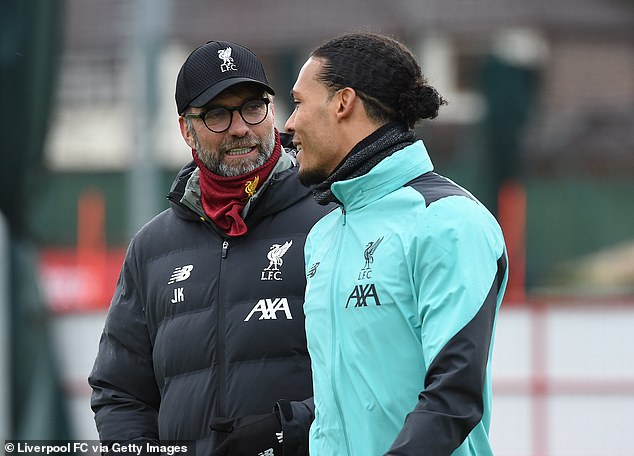 ‘I watched the game on Wednesday and with all the brilliance we know of Man City, the first goal was a set-piece and the second goal, yes it was a super situation from Kevin De Bruyne but in the end it was a little bit scrappy.

‘Bernardo Silva is in the box and then (De Bruyne) takes over the ball, it was kind of a one-two in the box, it was a super goal but they were not outplayed like you would expect when City are on the pitch.

‘They fought really hard and defended the box with all they had. I didn’t hear what David said after the game but they took some positives out of the game and they will try it again so we have to be ready for that.’

Klopp’s side are in the rare position of coming off a defeat after Tuesday’s 1-0 Champions League loss to Atletico Madrid, but having dropped only two points in the league all season the biggest thing they still have to guard against is complacency as they seek an 18th consecutive Premier League win. 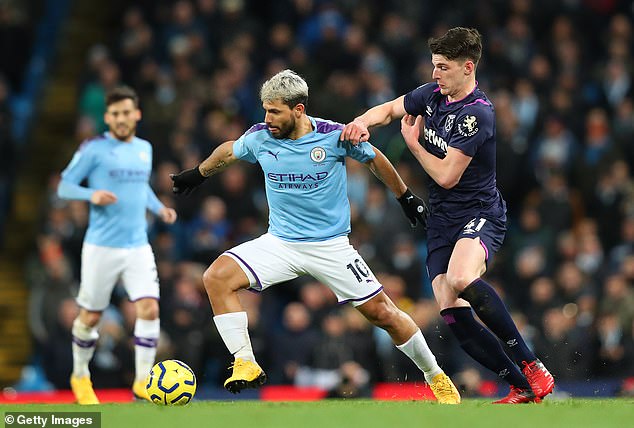 And Klopp believes that is a message which needs to go to the fans as well.

‘It’s a night match and we need a really good atmosphere,’ he said.

‘Not this perception that it will be 1-0 after seven minutes, 2-0 after 24 minutes and it will be easy. It will not be like this.

‘West Ham need to fight. They don’t have time to waste points. I expect a really tough match, 100 per cent.’

Sadio Mane is expected to start the match after being withdrawn at half-time in Tuesday’s loss in Madrid. 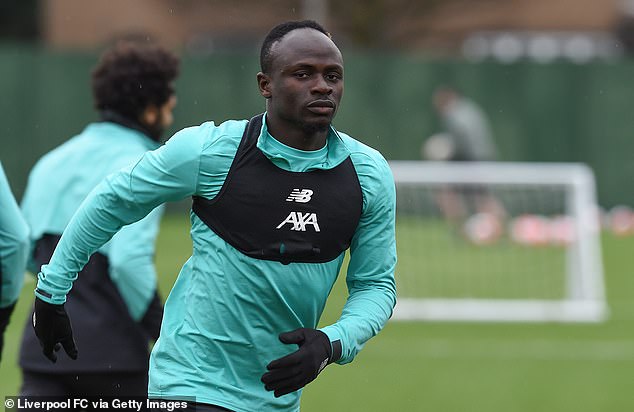 Klopp admitted the forward was ‘surprised’ by the decision to substitute him, which was made as Klopp feared Mane could be sent off in a tetchy encounter.

Mane had already been booked before Atletico players surrounded the referee shortly before half-time, demanding a second yellow card.

‘I spoke to him (on Friday) morning, I asked was he surprised and he said ‘yes’,’ Klopp said.

‘I don’t think he had a chance, my honest opinion. We needed him physical, having contact with opponents.

‘It’s part of the game, I don’t like it too much, the situation they created with eight players around the referee.

‘I didn’t believe we could complete the game with 11 with him on the pitch. But now he’s completely fine, he’s rested which is good as well.’