Liverpool could only draw 0-0 with rivals Everton on Saturday in a result that further damages their aspirations of competing for the Premier League title. Jordan Pickford made eight saves while the Reds hit the woodwork three times at Goodison Park in an entertaining Merseyside derby. But with Liverpool having now collected just nine points from their first six Premier League matches, Jurgen Klopp has issues with several players to address. Express Sport analyses the four biggest dilemmas for Klopp.

Post-match, the Liverpool manager denied suggestions Salah has spent too much time stuck out wide in areas where he is far more ineffective. But while he has two goals and two assists to his name, Salah simply is not as dangerous as 12 months ago.

The Egyptian also scored a late winner but was barely in the match first half, and was still off his best in the second. Liverpool’s own tactics seem to be hurting Salah, who is so often away from the areas where he is most lethal.

This is of course a season of transition for Liverpool’s attack as they get used to playing with an out-and-out centre-forward in Darwin Nunez and no longer having Sadio Mane. But Klopp needs to find a way to make sure Salah is seeing more of the ball in those central areas where he’s so ruthless. 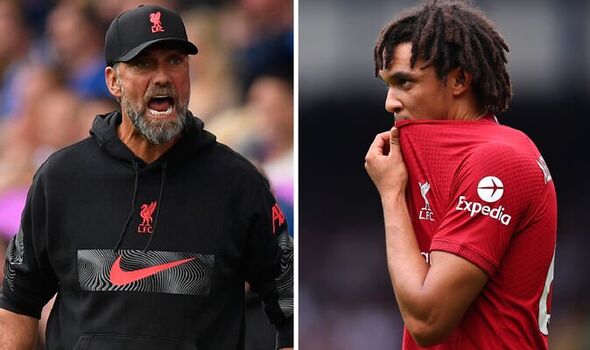 Liverpool’s creator in chief scored a belter at home to Bournemouth but otherwise has been some way off his best this season. Managing his game time is important, with Klopp saying the Reds “have to” do so, but Alexander-Arnold is hardly making it difficult for Klopp to bring him off in games.

He was withdrawn after 58 minutes here and the 23-year-old only lasted 71 minutes against Newcastle in midweek. And it’s much easier for Klopp to take him off – he wouldn’t have been withdrawn in many matches last term – because the defender’s passes and deliveries have not had the same fizz and accuracy of late.

Alexander-Arnold has been a key catalyst in Liverpool’s success in recent seasons and for Liverpool to go on a consistent winning run and to also get the best of Nunez, they need to unlock their right-back’s full potential once more.

Van Dijk’s season so far has been one defined by underperformance for a player of his ability. He gave away the penalty in the draw at Fulham, didn’t defend well enough for Jadon Sancho’s goal at Manchester United or Miguel Almiron’s Newcastle goal – and he should’ve been sent off here.

He connected over the ankle with his studs in a late challenge on Amadou Onana which left the Everton midfielder down in pain for a few minutes. Had the referee been asked to review his decision to issue only a yellow card, Van Dijk surely would’ve been sent off.

The Dutchman was probably a 6/10 at Goodison despite the red but just isn’t at his imperious best, and Liverpool are not as fearsome defensively as a result, regardless of their clean sheet. 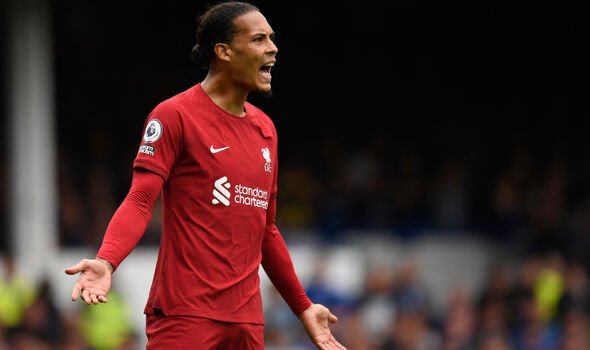 Robertson is another senior player who has been well below his best this season, and was benched in favour of Kostas Tsimikas here. Yet the left-back, despite having fresher legs, was not much improved as a substitute either.

The Scot has been one of Liverpool’s most dependable players since he first broke into Klopp’s first-choice eleven but is currently, like his full-back partner Alexander-Arnold, struggling to match his usual efficiency at both ends of the pitch. That may be a result of fatigue from a hectic few seasons.

But whatever the cause of the problem, Klopp must find a solution. Kostas Tsimikas was sound enough in his place at Goodison but Liverpool need their No 1 left-back to find form to have any joy this season.