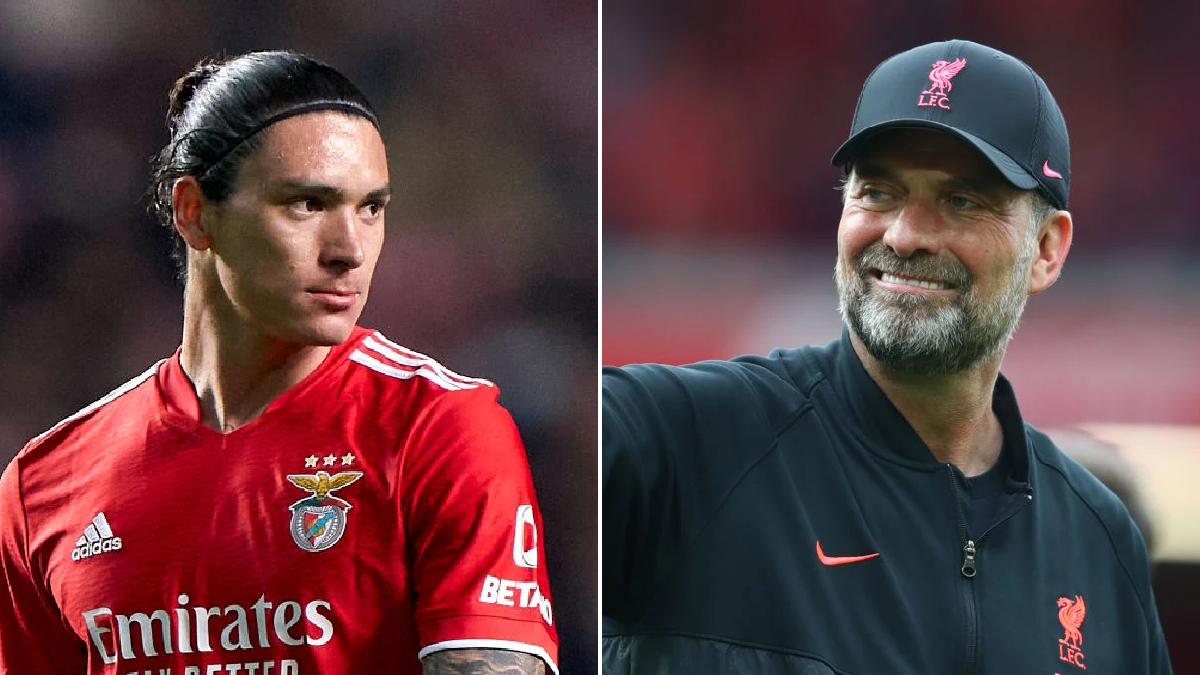 Liverpool have signed Darwin Nunez from Benfica in a deal which could end up costing €100 million (£85.4m).

Anfield boss Jurgen Klopp made Nunez, 22, one of his top targets for this summer’s transfer window.

Nunez, who has agreed a six-year contract with Liverpool, enjoyed a breakthrough season for Portuguese side Benfica, scoring 34 goals in 41 appearances and impressing in the Champions League.

Manchester United also expressed interest in signing the 22-year-old but Liverpool have won the race, securing his services in a deal worth €100m (£85.4m).

Who is Darwin Nunez?

Nunez came through the academy of Uruguayan club Penarol and joined Spanish side Almeria in August 2019.

He spent just one season in the Segunda Division, scoring 16 goals in 32 games, before Benfica secured his signature in a then-club-record deal worth €24.

Nunez thrived in Portugal, winning the Bola de Prata for the Primeira Liga’s top goal-scorer with 26 goals in 28 games.

It was his form during the 2021-22 campaign that saw Nunez emerge as one of the most sought-after players in Europe, with Liverpool joined by the likes of Manchester United and Real Madrid in the transfer battle.

The prospect of playing for a club challenging for both domestic and European titles and the lure of playing under Jurgen Klopp appears to have convinced Nunez that his future lies at Anfield.

An athletic forward with a number of impressive characteristics and an elite mentality, Nunez looks ready-made for Klopp’s Liverpool and looks set to lead the line, with Mohamed Salah on the right and Luis Diaz on the left.

Nunez has been signed partly as a replacement for Sadio Mane, who is closing in on a move to Bayern Munich. Salah is expected to stay despite putting off a contract extension.

Klopp views Nunez as an ideal replacement for Sadio Mane, who is expected to join Bayern Munich in the coming weeks despite Liverpool already rejecting two offers from the German champions.

Prior to Liverpool’s Champions League draw with Benfica in April, Klopp said of Nunez: ‘Extremely good looking boy, huh? And a decent player as well.

‘Really good, really good. I knew before, of course, but he played pretty much in front of me with his tough battles with Ibrahima Konate.

‘He was physically strong, quick, was calm around his finish. I always say in these situations if he is healthy, it’s a big career ahead of him.’

Liverpool won two trophies last season but hopes of securing a historic quadruple evaporated as Klopp’s side were beaten to the Premier League title by Manchester City and lost the Champions League final against Real Madrid.