Liverpool lost 2-0 to Chelsea at Stamford Bridge on Tuesday night in an FA Cup game that marked the Reds’ third loss in four games. And after the final whistle BBC presenter Gary Lineker took to Twitter to jokingly question whether such poor form could mark the end of Jurgen Klopp’s time at Anfield.

“3 defeats in 4 games for Liverpool,” Lineker tweeted. ”Klopp out?”

However, Liverpool fans were quick to react to the former England international’s message.

One Liverpool fan said: “No way. Klopp is in. It happens because the players are humans hence fatigue.”

While another said: “Hopefully you’ll be out when the TV Licence is turned in to a subscription channel.” 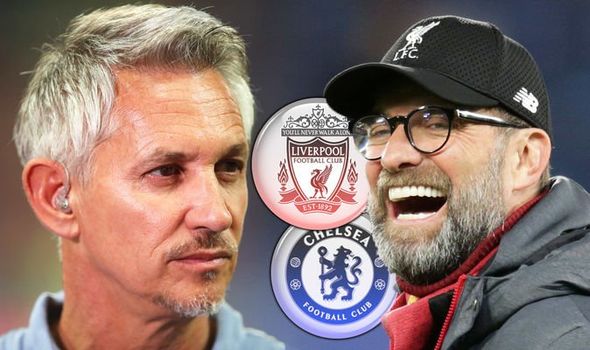 A third fan is just happy his team are on course to win the league, they said: “A shoulder shrug season, Premier League just a consolation prize, I’ll take it.”

While another joked: “Yep let’s get rid of him…had enough of these defeats, poor season!”

Chelsea were gifted an early lead after just 13 minutes, when a goalkeeping error from Adrian saw him fumble Willian’s speculative shot into the back of his net.

Liverpool had chances in the first-half to equalise but Chelsea keeper Kepa Arrizabalaga made several important saves, including a quick succession of shots from Liverpool’s Sadio Mane, Curtis Jones and Divock Origi.

But it was a moment of individual brilliance that secured Chelsea the victory and progression into the quarter-finals.

Ross Barkley picked up the ball inside his own half and after dribbling past Fabinho unleashed a powerful strike from the edge of the box that rocketed into the back of the net.

Liverpool’s next two games are at Anfield, with the first against Bournemouth on Saturday, before then hosting Atletico Madrid in the second-leg of the last-16 Champions League tie.

And while Klopp felt there were some positives to take away from yesterday’s loss the German coach insisted his focus is now on the Cherries. 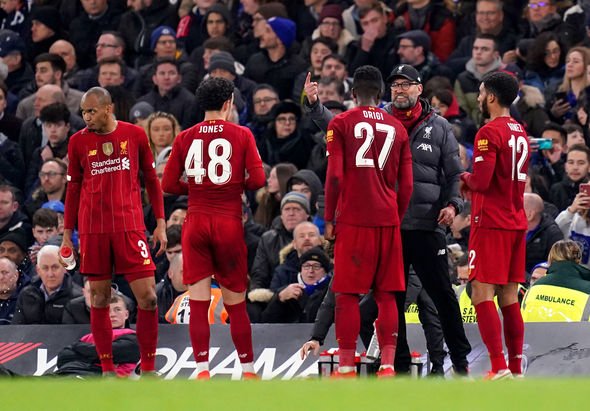 “A lot of parts of the performance I really liked,” Klopp said.

“We know we have to improve, it is not about destiny, not about not clicking here or there, it is all about us and we have to take it in the right way.

“We are not interested in Atletico Madrid, it is all about Bournemouth. They are fighting with all they have and they did really well against Chelsea.

“Nobody has to feel sorry for us, we will win football games and that is what we want to do on Saturday.”