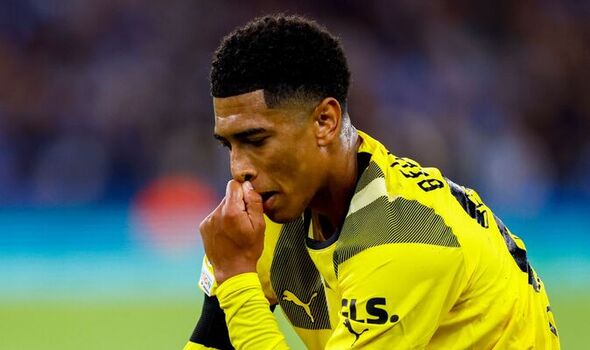 Liverpool have a real problem on their hands in their pursuit of Jude Bellingham – despite being deemed the frontrunners for the highly-rated Borussia Dortmund gem. Jurgen Klopp is expected to go all-out to sign the 19-year-old superstar next summer after failing to land a midfielder in the summer transfer window beside the loan capture of Arthur Melo.

It’s no secret that Bellingham is top of the agenda at Anfield with the Stourbridge-born teenager considered to be the ideal signing for Klopp’s Liverpool juggernaut.

Yet actually getting a deal over the line for Bellingham is not straightforward – particularly when he continues to perform on the biggest stage of all in the Champions League.

In midweek, he nodded Borussia Dortmund in front at the Etihad Stadium before Manchester City staged a typical, late comeback to snatch all three points.

However, the maturity and quality of Bellingham in the middle of the park was one of the main talking points from the richly-entertaining spectacle that could have swung either way. 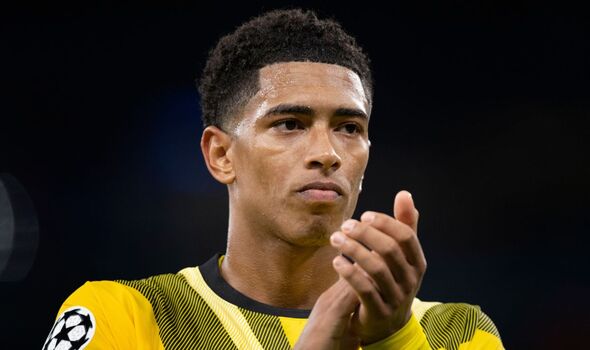 If Bellingham continues to showcase this kind of form, Liverpool will face several problems trying to secure his signature.

Firstly, Dortmund are going to demand a premium and at the current rate, it may take over £100million to sign Bellingham, whose value is not protected by a release clause.

The Bundesliga side know Liverpool are desperate and will most likely pay whatever is required to get a deal over the line.

With Erling Haaland, the deal had to be done at £64m when they could quite easily have negotiated a fee close to double that had there been no clause written into the Norwegian’s contract.

Secondly, the better Bellingham performs, the more clubs are going to be in the hunt for his signature next summer – sparking a bidding war and auction.

Manchester United are already believed to be lining up a move but it would be no surprise if Manchester City and Chelsea also throw their hats into the ring.

Generational talents like Bellingham do not come around often and that’s why just about every big English club should be making a play for the dynamite midfield prospect.

It is undoubtedly Liverpool that require him most though with their engine room in desperate need of a revamp.

James Milner and Jordan Henderson have aged significantly in the past few years while the Reds are still yet to replace Gini Wijnaldum following his free transfer to Paris Saint-Germain.

Thiago Alcantara is world class but his fitness record leaves a lot to be desired – particularly over the course of a long season.

Alex Oxlade-Chamberlain and Naby Keita are also out of contract and at current rate, it would not be a surprise to see either player depart.