Liverpool captain Jordan Henderson will be a vital part of his team’s chances of overcoming Atletico Madrid at Anfield tonight, claims former Reds midfielder Danny Murphy. Henderson has not featured for Liverpool since injuring his hamstring in the first leg of the Champions League last-16 tie at the Wanda Metropolitano last month. Atletico take a 1-0 lead to Merseyside following Saul Niguez’s early goal in the Spanish capital.

Henderson, who is favourite to win PFA Player of the Year this season, looks set to return to the Liverpool side.

And Murphy says the 29-year-old is key to getting the best out of his team-mates.

“Henderson will be back. [He adds] legs, legs, to know when to press, the ability to get back all the time, to lead others on.

JUST IN: Liverpool predicted 4-3-3 line up vs Atletico Madrid – Klopp coy over Henderson 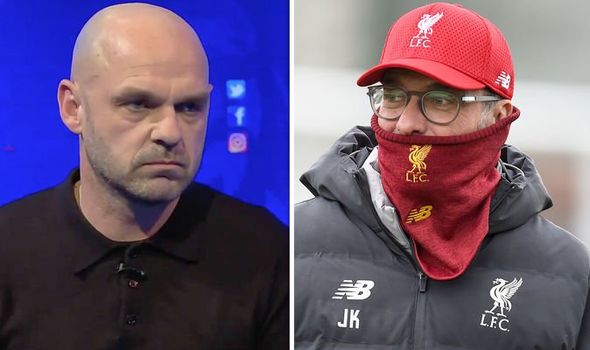 “I think what he will probably do, his go-to midfield if Fabinho’s at it, because he’s not quite been at it since his injury, he will sit, Henderson to the right and [Georginio] Wijnaldum to the left.

“Although Ox [Alex Oxlade-Chamberlain] is pushing for me, I think Ox has been great.

“The reason he likes Jordan, obviously Fabinho’s a good player, Henderson to the right is brilliant cover for Trent.

“So [Alexander-Arnold] can fly forward, Hendo has got the legs and the discipline to cover for him.

“Whereas when Henderson is not there, that left side for Liverpool becomes more vulnerable and we saw that at the weekend.”

Liverpool boss Jurgen Klopp refused to confirm whether Henderson would start at his pre-match press conference.

“Hendo is ready but what we do with that, I don’t know… or maybe I know and I don’t say!” Klopp said.

Writing in the matchday programme, Klopp revealed his pride in his players ahead of the visit of Diego Simeone’s Atletico side. 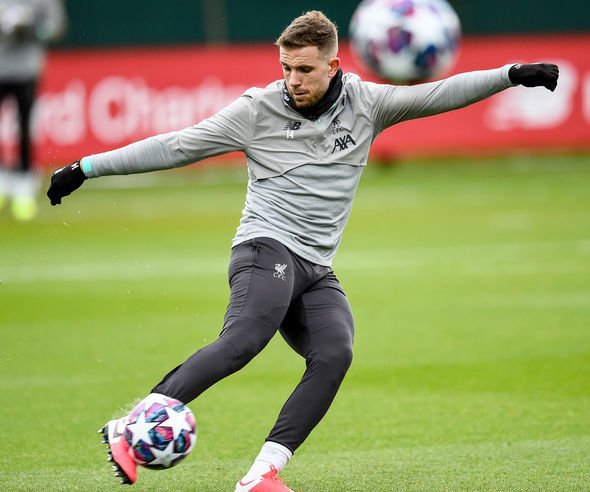 Klopp wrote: “The story of our team in recent seasons, and even in recent months and weeks, is when we face a challenge we rise to it. Set the bar higher and give all you have to clear it.

“Our mentality isn’t one whereby we expect or want gifts. Everything this group of players has in this moment they have fought and scrapped for. We are fighters to our very core.

“Opportunity is the pressure that drives us – it is only positive in these moments.

“I talk about Atletico’s qualities because we must respect them, but in doing so we don’t ignore our own. This is so, so important.

“We have talent, desire, energy and belief. We know when we bring our intensity we hold the pen and we write the story.