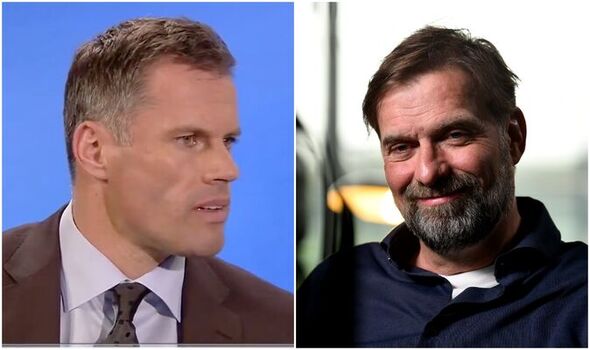 Liverpool icon Jamie Carragher has turned out to be spot on in a prediction he made about Jurgen Klopp before the German’s appointment by the Reds in October 2015. In a resurfaced clip, the former defender discusses the merits of appointing either Klopp or Carlo Ancelotti following Brendan Rodgers’ sacking.

Sky Sports’ coverage of Rodgers’ surprise departure after a 1-1 Merseyside Derby draw with Everton on October 4, 2015, went viral due to the shocked reactions of Carragher and fellow pundit Thierry Henry. But Carragher later offered his view on the potential replacements in a view that has been proven to be true.

A graphic showing the odds of the candidates to succeed Rodgers was placed on the screen, with Klopp the clear odds-on favourite. Ancelotti, who had recently departed Real Madrid, was second.

Also on the list were Walter Mazzarri, Frank de Boer, Ronald Koeman and Diego Simeone. But it was Klopp, who had left Borussia Dortmund at the end of the previous season, who Carragher felt was needed by Liverpool.

“Either of those coming to Liverpool, the Liverpool supporters are going to be ecstatic. Carlo Ancelotti – Champions League winner three times. We all know what Jurgen Klopp did at Borussia Dortmund, we’ve all been excited by them over the last few years,” Carragher told then-Sky Sports presenter Ed Chamberlain.

JUST IN: Man Utd chief who hired Rangnick told he made a ‘sackable offence’

“If it was me, I would go for Klopp ahead of Ancelotti. I think he’s got more to prove. Liverpool is not an easy job now. Ancelotti, great manager of course, but he goes to clubs where you’re expected to win trophies. It’s a difficult job now at Liverpool getting them back into the top four – forget about winning the title.

“It needs someone with that energy and drive to get Liverpool back to where it wants to be. I think Jurgen Klopp’s that man.”

Klopp was appointed as Reds boss on October 8, four days after his predecessor’s sacking. The 54-year-old has more than delivered on the expectations of supporters.

Liverpool have won the Champions League, the Premier League and the EFL Cup under Klopp, and are comfortably one of the best teams in Europe. The success landed the head coach a new contract this week, with the former Mainz tactician extending his stay at Anfield until 2026.

Trailing Manchester City by a point in the top-flight, Liverpool are well on course to win an unprecedented quadruple. They lead Villarreal 2-0 in their Champions League semi-final tie and will face Chelsea in May’s FA Cup final.

Meanwhile, Ancelotti has gone on to have continued success after missing out on the Liverpool job. The Italian is back at Madrid after spells at Bayern Munich, Napoli and Liverpool’s Merseyside rivals Everton.

Last season, Ancelotti guided Everton to a first away Premier League win at Liverpool since 1999. The Toffees won 2-0 thanks to goals by Richarlison and Gylfi Sigurdsson.

Fellow candidates De Boer and Mazzarri had failed Premier League spells at Crystal Palace and Watford, respectively. Koeman was in charge of Everton at the time but was linked with a controversial switch across Stanley Park, while Simeone has forged a wonderful coaching career with Atletico Madrid.