Liverpool have reportedly moved ahead of the queue to sign Raphinha, but face strong competition for his signature. Raphinha earned high praise for his debut season in the Premier League with Leeds.

The Brazilian winger had attracted plenty of interest from all over Europe last summer having impressed for Rennes.

Leeds won the race for his signature, agreeing to pay £17million for Raphinha and it’s proven to be a shrewd investment.

With seven goals and 11 assists in all competitions, Raphinha is now being valued at almost double what Leeds paid for him last summer.

Liverpool have been touted as a potential destination, along with the likes of Manchester United and Manchester City.

JUST IN: Liverpool can sign next Steven Gerrard in ‘phenomenal’ £50m Bellingham 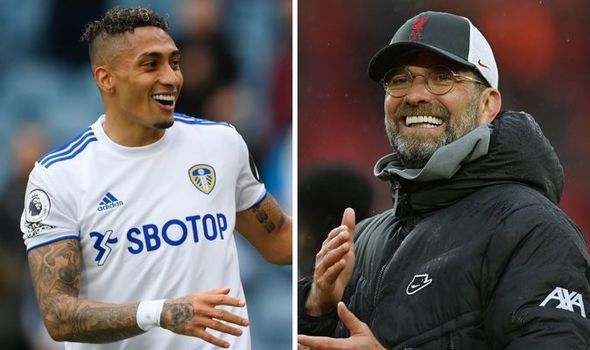 It is said that both Manchester clubs are also following the winger, but it appears as though Liverpool have the upper hand.

Leeds though reportedly have no desire to sell and Raphinha himself has recently admitted to being happy at Elland Road.

Speaking recently, Raphinha addressed speculation surrounding his future where he admitted that he grew up watching the top teams in the Premier League.

“It is difficult to define how I feel when I hear speculation about giant teams like Liverpool and Manchester United interested in signing me,” Raphinha told UOL Sport.

“Man, I grew up watching these teams on television. I saw Rooney, Van Nistelrooy, Cristiano Ronaldo, but I also saw Gerrard, as well as others like Henry, Deco, Lampard.

“There are so many players of such quality that it is difficult to say if I mirrored one of them.

“I think I mirrored the championship, you know? I loved watching and dreamed of playing here. 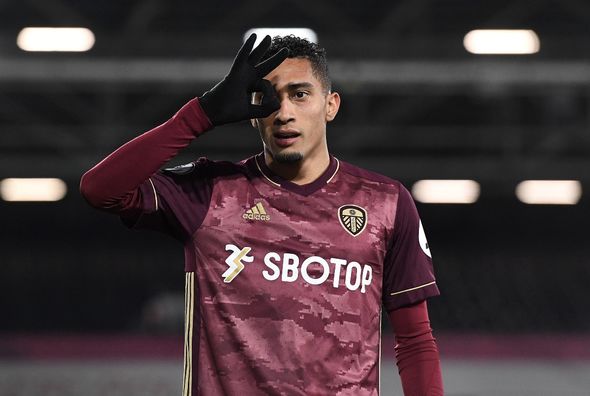 “And today I’m making people happy with my football. I am not only talking about the other clubs, but also Leeds, who was the one who bet on me.

“They are all very happy, including the fans who seem to have a great affection for me.

“I have a contract for another four years and I don’t even think about leaving here for exactly this reason: I am happy and making others happy.”

Tags: autoplay_video, Liverpool trans
You may also like
Latest Posts