Liverpool, Manchester United and Arsenal have been told how much they must pay if they want to sign Ben White in the summer transfer window. The Brighton defender has replaced injured Trent Alexander-Arnold in Gareth Southgate’s England squad for the Euro 2020 finals.

White’s call-up comes after his performances for the Seagulls this season attracted the attention of the Premier League’s big guns.

The 23-year-old centre-back played all but two of his side’s top-flight matches, helping Graham Potter’s side stay up and also showcasing his versatility by playing as a defensive midfielder, as a right-back and on the right of midfield as well as in his regular position.

White will now provide a defensive option for the European Championship finals, after Southgate named him in his squad on Monday.

And with interest in the defender surging, Brighton have signalled their intent to keep hold of White by slapping a £50million price tag on him. 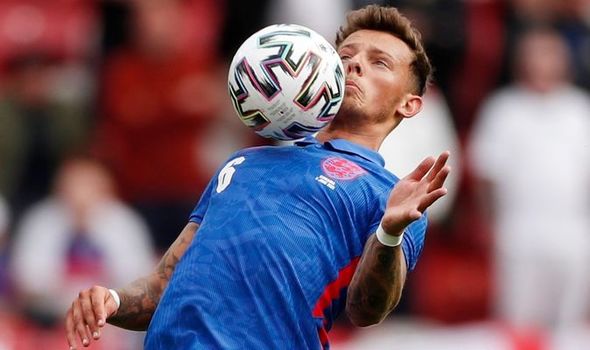 That’s according to a report from the Daily Mail, which states that while Brighton want the centre-back to stay, the South Coast club would find it difficult to turn down an offer which met their valuation.

He has three years left on his contract at the Amex, and with Brighton on a sure financial footing they are under no pressure to sell.

The club resisted interest from Leeds last summer, after he was ever present while on loan with Marcelo Bielsa’s team as they marched to the Championship title and won promotion to the top flight during the 2019/20 season.

However, Brighton’s chief executive Paul Barber said in a recent interview: “We know some of our best players aren’t going to be with us for ever and, if the right offer comes along and they want to leave, then they can go.”

White has for some time been on Liverpool’s radar, having been watched by Reds scouts while he was on loan at Leeds.

Liverpool have since agreed a deal to sign Ibrahima Konate from RB Leipzig, but continue to be linked with White. And he is also believed to be of interest to United and Arsenal, who both need to strengthen at centre-back.

White played the full 90 minutes of England’s 1-0 warm-up win over Romania at the weekend, and will vy for a place in Southgate’s starting XI for England’s Euro 2020 opener against Croatia this Sunday.