Liverpool let complacency slip in against West Ham. Having no title challengers could see them lose focus – they need to sharpen up for tougher tests to come against Atletico Madrid and Chelsea

Jurgen Klopp shook his head, muttered something to himself and took a sip from a bottle of water as Liverpool’s play broke down.

It was the 30th minute of a game that Liverpool had been expected to win at a canter but all was not right and Klopp knew it. His team’s play was a beat slower than normal, the crowd were surprisingly quiet and the buoyancy inside Anfield came from the corner housing the visiting fans.

Stadiums cannot burn with intensity at all times, of course, but there was a noticeable difference about the atmosphere inside Anfield, not least as the locals are homing in on the prize for which they have been waiting 30 long years. 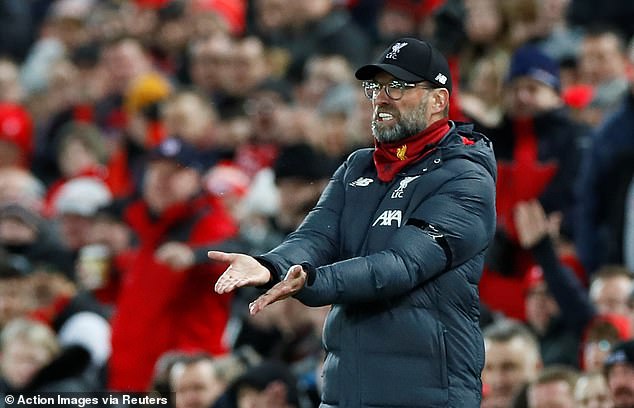 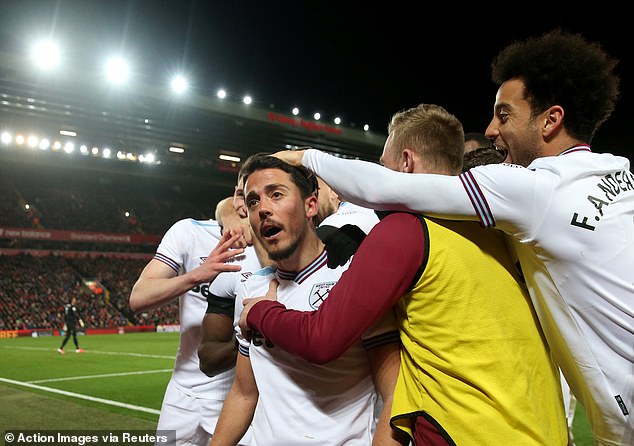 Relentless winning is carrying Liverpool into the record books and the stunning consistency they have shown over the past 12 months has led them to turn a title race into a lap of honour. Through those demanding months of November, December and January, they were absolutely remorseless.

You wonder, though, whether a sequence of letters that is your worst nightmare in scrabble – WWWWWWWWWWWWWWW – has not necessarily been helpful for Liverpool’s wider campaign. When you are victorious so often, it can perhaps lead to the blunting of an edge.

Think about it: Liverpool’s sixth European Cup last season was assisted, in no small part, by Manchester City. From March to May, the two biggest punchers in town would not consider the fact they would be beaten; the pressure they applied to each other lifted their levels to new heights. 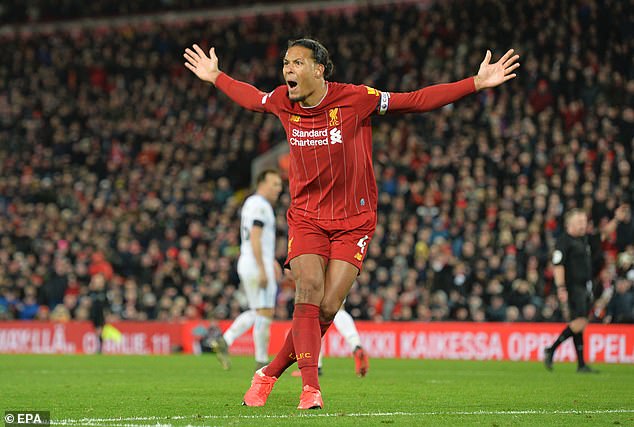 Liverpool were frustrated, however came out with a win in the end with an 80th minute winner

Would Liverpool have been able to thrash Bayern Munich in the Allianz Arena, ransack Porto over two legs and then conjure the most astonishing comeback against Barcelona if they were not mentally in the zone, attempting to keep pace with City? It is doubtful.

Liverpool, under Klopp, are never better than when they are chasing something with ferocity and this was the first sign that being out in front for so long had led to their concentration lapsing. For the first hour of the contest, that spark and fury was missing from everything they did.

Credit must go to West Ham for taking advantage of the situation and applying pressure. David Moyes had a plan, his players stuck to it doggedly and their efforts over first 60 minutes left you believing they will force their way away from relegation trouble.

Declan Rice and Mark Noble, Michail Antonio and Robert Snodgrass were just four names whose efforts deserved special mention and the way they went about their business led The Kop to be quiet for long, long periods. 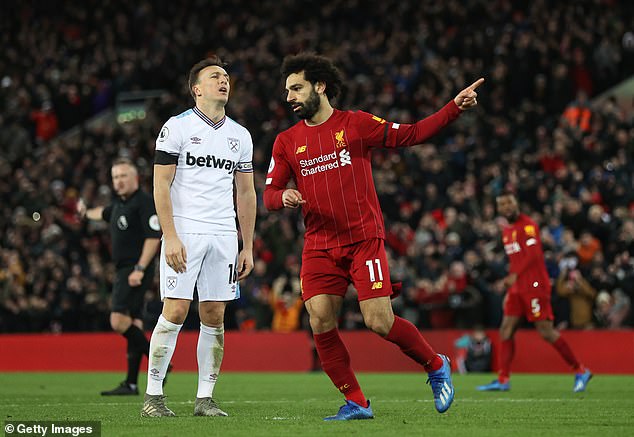 The Anfield crowd was unusually quiet in the game, until Mohamed Salah’s equaliser

There were supporters in the stadium, it was safe to assume, who felt all they needed to do was turn up to see another three points and the inertia all around crept into Liverpool’s play – nothing about this evening felt like a title coronation was imminent.

Klopp flagged up the need for noise in his programme notes and it was interesting that the decibels only rose – and the speed of Liverpool’s play increased – when they were trailing 2-1. Have they become bored at winning conventionally and wanted a challenge? Some would argue that point.

Eventually, they overcame the challenge (the final 20 minutes was a whirlwind) but the mind began to wander as how they will go about overcoming the next serious challenges on the horizon, not least as they are facing opponents who exude menace. 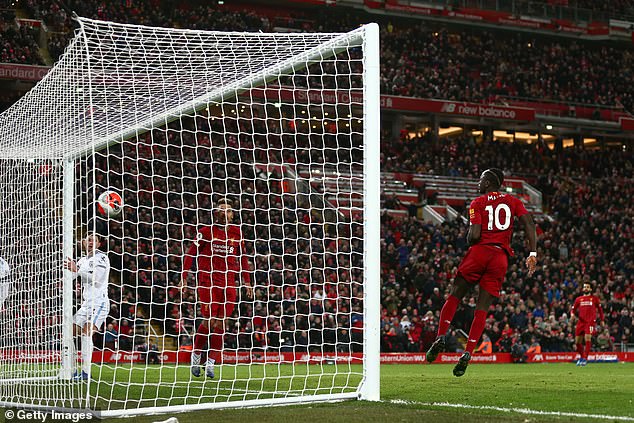 Sadio Mane scores Liverpool’s third goal, and he also had another goal disallowed later on

This has the potential to be the greatest season in Liverpool’s history. They are capable of doing the domestic double and retaining the Champions League, to go alongside the European Super Cup and Club World Cup, as the squad has the depth and talent.

If, however, complacency creeps in again – be it at Stamford Bridge in the FA Cup fifth round or when Diego Simeone and Atletico Madrid roll into town, defending a one goal lead – the potential for untold riches will disappear.

Liverpool, we must remind ourselves, are 12 points away from winning the league and that is quite an incredible number when you consider this is only the last week in February. This display, nonetheless, illustrated the room there is for improvement. Klopp knows that better than anyone.

Tags: avoid, complacen, Liverpool, must
You may also like
Latest Posts