Liverpool suffered their second consecutive defeat in all competitions as they were knocked out of the FA Cup by Chelsea. It was an eye-opening performance for Jurgen Klopp who knows his team must improve quickly ahead of next week’s Champions League second-leg with Atletico Madrid.

Luckily they still have one more game to put things right, when Bournemouth visit Anfield in the Premier League on Saturday.

It was Chelsea that took the lead in the first half tonight, when Willian’s shot was fumbled in by Adrian.

Ross Barkley then made it 2-0 when he surged through the middle of the pitch before thumping home from 20 yards.

Here’s how the Liverpool players rated on a night to forget in west London.

JUST IN: What Liverpool boss Jurgen Klopp told his players in rousing speech after Watford loss 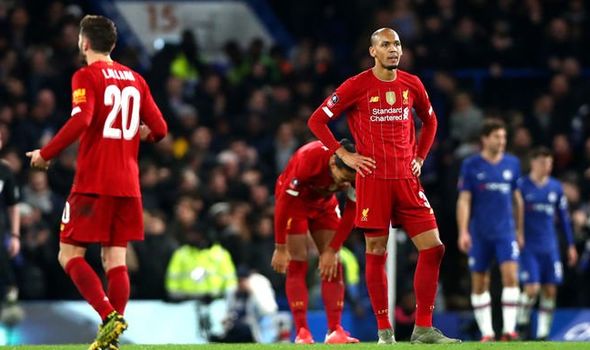 Made a great save from Willian but made a blunder to gift the Brazilian the opener moments later.

Played with lots of confidence and energy on the right flank. Did gift Pedro a glorious chance to make it 3-0 but Adrian was equal to it. Didn’t look out of place, worthy of more opportunities.

Poor by his standards.

A welcome returnee at the heart of defence.

Off the pace and played his part for the Chelsea opener, giving away the ball. Booked for a tackle Mason Mount.

Lively and not shy of a tackle.

Lead by example. Got through lots of running and pulled off his trademark Cruyff turn over ten times. 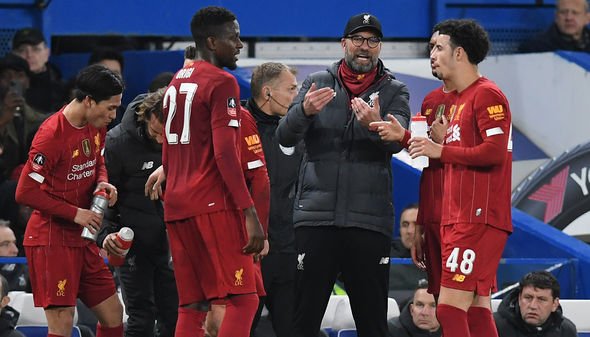 Forced Kepa Arrizabalaga into a fine save in the first half but touch was poor. Clearly lacking sharpness.

Needs a run of games to settle into the side but definitely growing in confidence.

A real live-wire as per usual. Turned brilliantly in the box in the first half before Kepa saved.