Georginio Wijnaldum is out of contract at Anfield at the end of the season, and the Dutchman continues to be linked with a move to Barcelona. He is said to be considering his options because of their financial uncertainty, but there are some other factors drawing him towards the Nou Camp.

Liverpool midfielder Georginio Wijnaldum is reportedly keen to join Barcelona this summer to play with two players in particular.

Wijnaldum is out of contract at Anfield at the end of the season, and his future remains very unclear.

It is possible that he will sign a new deal in Merseyside, but it is understood that he is more interested in a switch to the Nou Camp, in spite of Barcelona’s financial turmoil.

According to the Mirror, Wijnaldum has told his pals in Holland that he does still want to make the move to Catalonia.

JUST IN: How Liverpool could line up next season after Luis Suarez transfer 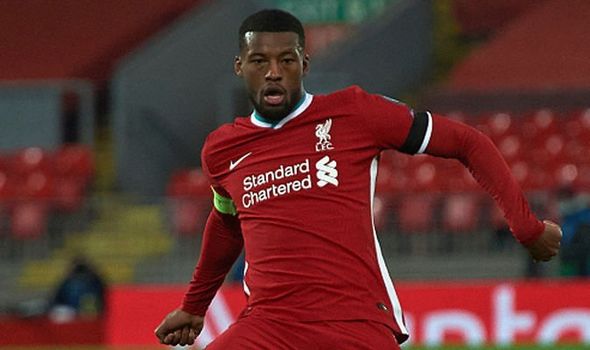 And that is because he is desperate to play alongside Barca great Lionel Messi.

The legendary Argentine isn’t the only potential team-mate on Wijnaldum’s mind though.

It is understood that Barcelona boss Ronald Koeman is nearing a deal to sign Memphis Depay from Lyon this summer, whose contract will also be up if he does not agree a new one by the summer. 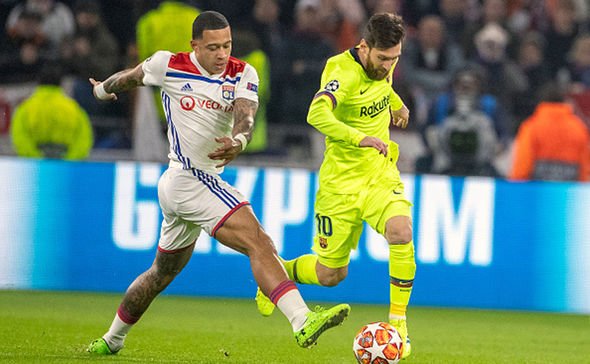 Wijnaldum has worked closely with the Dutch forward while on international duty, and would be keen to build a partnership with Depay.

The 30-year-old was typically played in a more attacking role under Koeman for Holland, which is no doubt an exciting prospect for the former Newcastle man.

The Mirror also claim that Barca are willing to put a three-year deal on the table for Wijnaldum – an extra season on what Liverpool are offering.

Wijnaldum spoke recently about the Reds’ desire to make sure they guarantee a top four finish, having been knocked out of the Champions League by Real Madrid.

“Yeah, for sure, that will give us hope.” he said when asked if they can take heart from their performance on Wednesday.

“That’s what we have to do: stay confident and just work hard to still try to bring this season to a good end,” the Dutchman told Liverpoolfc.com.

“We created chances but one thing was not there and that was the goals.”