Liverpool boss Jurgen Klopp hooked Naby Keita from the field because he failed to follow Jurgen Klopp’s instructions from the sidelines with their unbeaten record at stake. The Guinea international was brought back into the starting line up after dropping out of the side for the 1-0 defeat at Atletico Madrid in the Champions League.

It seemed like a defining day in his Anfield career after a stop-start 18 months on Merseyside, but it was an opportunity he failed to grasp with both hands.

With the side trailing 2-1 to the Hammers, Klopp made the decision to bring him off for Alex Oxlade-Chamberlain.

Journalist Chris Williams claims Klopp and assistant coach Pep Lijnders barked orders for Keita to move up the field three times earlier in the second half, before he was taken off the pitch.

Keita built a reputation for his explosiveness and dynamism from midfield during his time at RB Leipzig, but he’s failed to implement that on English shores as of yet. 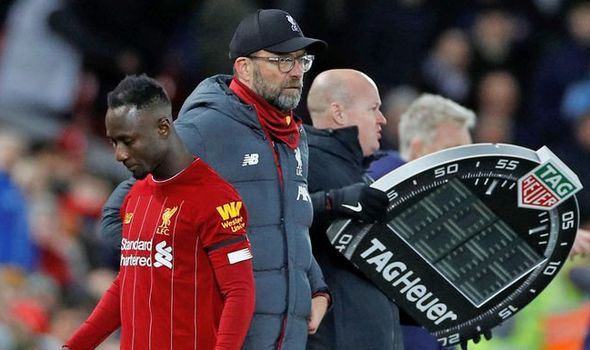 Those qualities were exactly what was on show once Alex Oxlade-Chamberlain took to the field to replace him.

The former Arsenal man changed the game and helped provide the spark which spurred the Reds onto three points.

It comes as little surprise that he has found himself out of favour in recent weeks considering he was a regular in midfield in the absence of Fabinho.

Oxlade-Chamberlain had grown frustrated with being subbed around the hour mark in January and made his feelings known by shaking his head as his number went up on the board.

With competition for places so high, Klopp feels as though he has to offer other players a crack at the whip whenever there is a slight dip in performance levels.

At the start of the season, Klopp made it clear that he expected more from Keita this time around.

After all, this was a player that they had to wait 12 months for before he joined up with the squad.

“Only if he stays fit – then everything will be fine” Klopp said in August.

“Naby came to us from Leipzig slightly injured, then he had another little injury and at the end of last season, again, another injury so that was the situation. 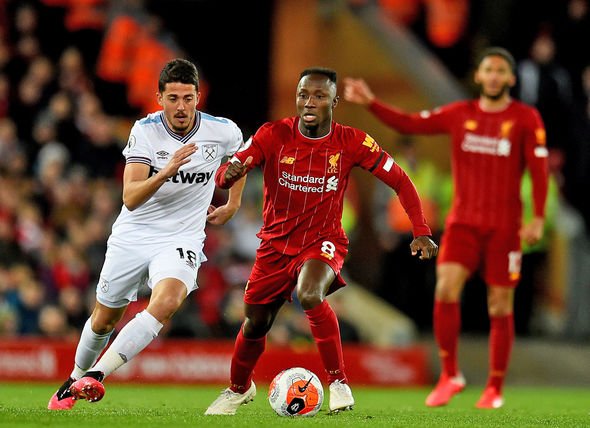 “Of course, the Premier League is a big step for every player coming from abroad.

“But of course, now he has settled into the team and the club.

“His English is getting better, all that stuff and these are all important things.

“So do I expect more? I just expect development – that’s how it is, to be honest from everybody.

“I think they can all make big steps and that’s what we are working on.”

The £58million deal was finalised in the summer of 2017 and the signs were bright in his first three matches at the start of the 2018/19 campaign.

He was in the starting line-up for matches against West Ham, Crystal Palace and Brighton before Klopp reverted back to his tried and trusted trio of Gini Wijnaldum, Jordan Henderson and James Milner.

But his involvement fizzled out from that point before his performances really picked up with a run of games towards the end of the season.

He netted his first Premier League goal in April before finding the target again against Porto and Huddersfield in the Champions League.

However, a nasty adductor injury that continued to haunt him long into the year has proved problematic and so far this season there has been little evidence of that development Klopp has cited, besides a man of the match display at Bournemouth in December.