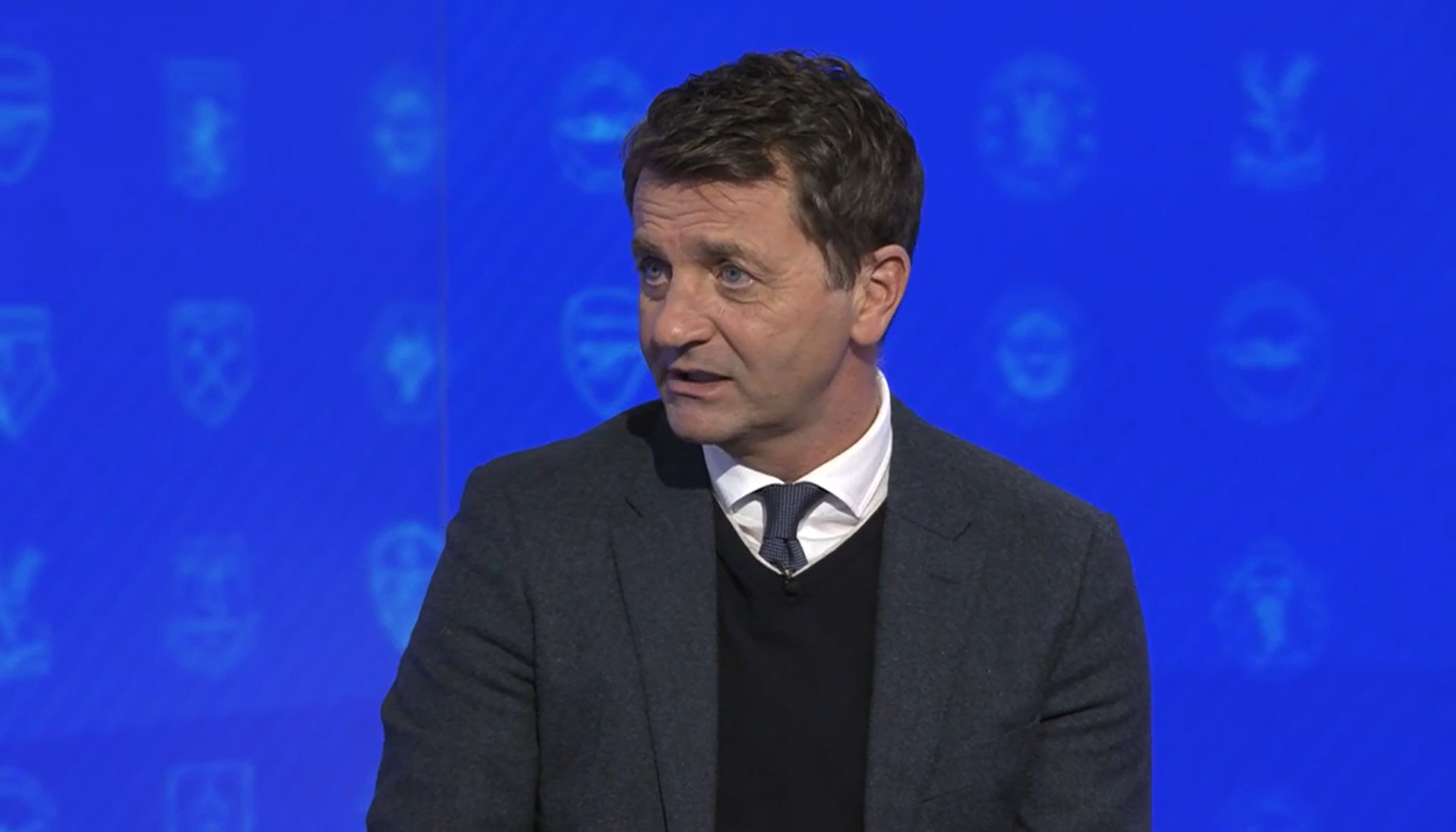 Tim Sherwood has told Liverpool defender Virgil van Dijk to ‘pull his finger out’ and ‘get nasty’ when Jurgen Klopp’s side face Arsenal on Sunday.

Van Dijk is already a modern-day legend at Anfield but is one of a number of players in the squad going through a difficult patch.

Liverpool, who finished one point behind Premier League champions Manchester City last season, have won just two of their first seven games of the season, slipping to ninth in the table, 11 points behind Arsenal.

Losing to the Gunners on Sunday could all-but end Liverpool’s hopes of winning the title this season and the Gunners will be in no mood to go easy as they look to extend their lead at the top of the table.

Liverpool will need Van Dijk to be at his best on Sunday to thwart the likes of Gabriel Jesus and Gabriel Martinelli, and Sherwood wants the Anfield defender to ‘pull his finger out’ and ‘show some leadership’ following a difficult period.

He told Sky Sports: ‘The huge player for me – and I know everyone is on the Trent [Alexander-Arnold] bandwagon right now and he’s not defending that well but going forward he’s still magnificent in my eyes – but Virgil needs to pull his finger out.

‘He’s the leader, he’s playing at his pace and you can’t do that in the Premier League. I think he needs to show a little bit more urgency and leadership.

‘I’m used to see him barking at people and the same for [Jordan] Henderson in the middle of the pitch and when [James] Milner is playing.

‘That’s part of Van Dijk that people love about him, he’s a leader he didn’t care who he was upsetting.

‘At the moment it just seems like he’s playing his own game. He needs to get a bit nastier and stop being friends with his team-mates.’

Given the fortunes of both sides, many view Arsenal as the favourites ahead of their clash against Liverpool, with former Premier League striker Chris Sutton predicting an emphatic home win.

He told BBC Sport: ‘The way Arsenal went at Tottenham last weekend was impressive, and bodes well for this game too.

‘While the Gunners are playing well and are full of confidence, things still aren’t right at Liverpool as far as I can see.

‘Jurgen Klopp’s side were very comfortable against Rangers in the Champions League on Tuesday but they weren’t tested defensively. Here, Bukayo Saka and Gabriel Jesus won’t give them a minute’s peace.

‘I think Liverpool will score, even though they have not quite clicked yet this season, but Arsenal’s attacking talent are going to cause them a lot of problems at the other end. Arsenal 4-1 Liverpool.’