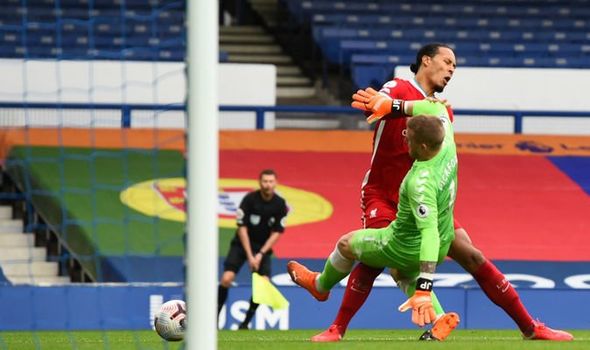 Liverpool centre-back Virgil van Dijk will likely face a long spell on the sidelines following the injury he picked up against Everton on Saturday, former Reds midifelder Joe Cole believes.

The Dutchman was on the receving end of a horriffic tackle from Toffees stopper Jordan Pickford in the first half of the match, which ended in a 2-2 draw.

In an attempt to stop van Dijk getting a shot in at goal, Pickford recklessly threw himself at the Reds defender.

The England goalkeeper got very little of the ball with his wild scissor challenge, which caught van Dijk just below the knee.

The video assistant referee took a long look at the incident but ultimately decided not to punish Pickford, a decision that was made as van Dijk was been adjudged to have been offside moments before the collision took place. 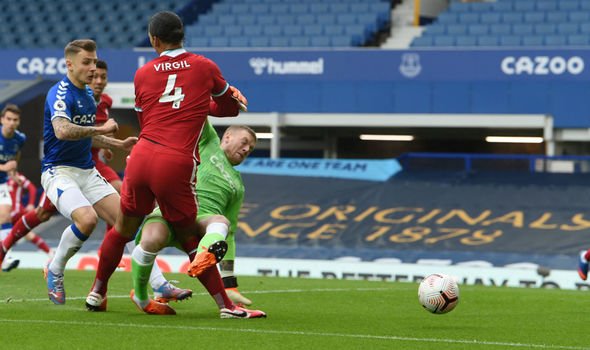 He’s looking at a spell on the sidelines for me

Netherlands international van Dijk tried his best to shake off the challenge but eventually forced off at the ten-minute mark.

And like many others, former Reds star Cole reckons it’ll be a while before we see van Dijk back in the Merseysiders’ starting XI.

“This is the Van Dijk incident,” Cole told BT Sport. “Offside or not offside, I don’t think there was any maliciousness but Pickford has gone out there and it’s very, very dangerous.

“Arguably Liverpool’s most influential player, Van Dijk, he’s looking at a spell on the sidelines for me.

Liverpool ratings vs Everton: Salah and Mane shine in draw

“It doesn’t look nice, does it? I’ve done my knee in a simiiar fashion and it always makes me squeamish watching it, so he’s going to have a spell on the sidelines.”

Liverpool manager Jurgen Klopp was fuming with Pickford’s challenge, which he slammed in his post-match interview.

“The injury of Virgil van Dijk, that was pretty early in the game,” the German said. “I didn’t see it back, but it took a while.

“Obviously, it was not too big, the offside. And then Pickford kicks him completely out of the [game]. 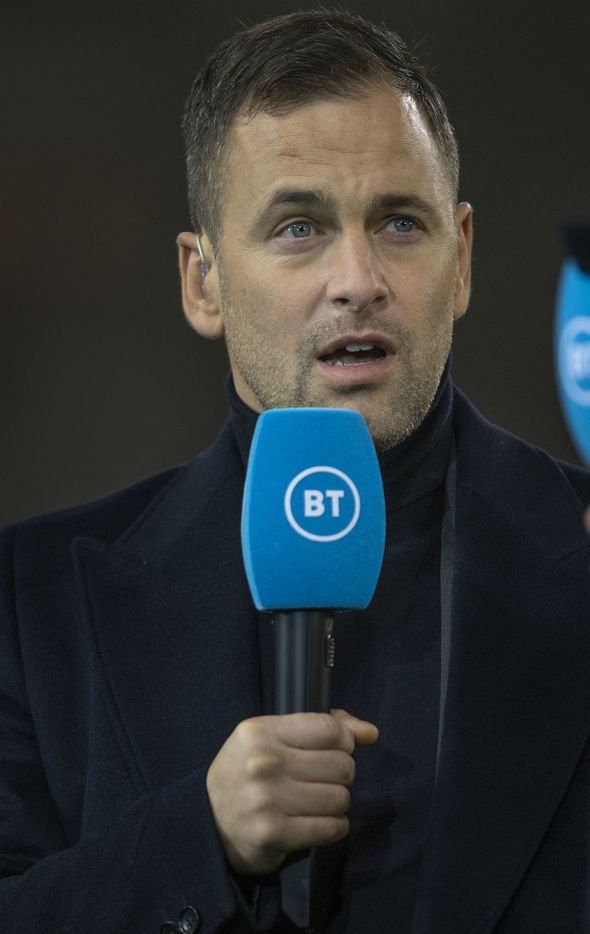 “It didn’t see it back. I saw it the first time. You, maybe, can say more about this. I have to watch it back.

“The only situation I saw back, only briefly, in the dressing room was the Henderson goal and the pass with Sadio.

“And I didn’t see offside, sorry. Maybe somebody will explain it to me. The picture I saw, it was not offside. But it was offside because somebody decided it.”