Liverpool manager Jurgen Klopp will have to settle on a replacement for Jordan Henderson tonight after his captain was ruled out for three weeks with a hamstring injury last week. The 29-year-old has featured in all but one of the Reds’ Premier League games this campaign, forming a key part of Klopp’s dominant outfit which boasts a 19-point lead atop the table.

That can be restored to 22 points tonight which would leave Liverpool needing just one win to seal their first top-flight crown since 1990 and, bar Henderson, Klopp does not have any fresh injury concerns to worry about.

Speaking about the midfielder’s injury during his press conference on Friday, the German tactician said: “We still have options there and that’s good.

“It’s a chance of course, a chance for all of them. But there would have been a chance anyway.

“Hendo wouldn’t have played all the games from now until the end of the season. It’s a position where we can react so we will react.” 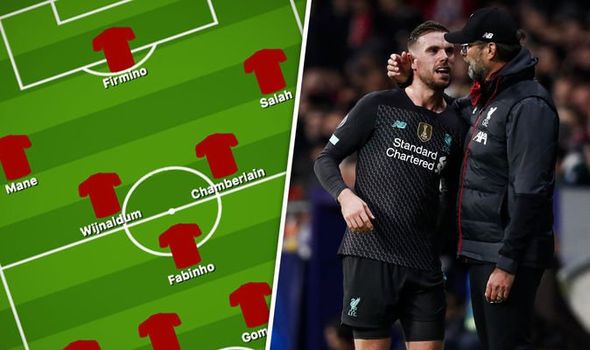 Henderson has commonly started alongside pivot Fabhino and Georginio Wijnaldum in a midfield three this season and Klopp is expected to employ the same formation against the Hammers.

Fabinho and Wijnaldum are expected to keep their spots with Alex Oxlade-Chamberlain, Naby Keita and James Milner vying for the vacant No 8 role.

Oxlade-Chamberlain and Keita have both featured in the starting line-up and from the bench of late and appear to be in a direct battle to fill Henderson’s void.

Oxlade-Chamberlain has scored more goals against West Ham in his career than any other opponent (three) and may edge Keita to the mark.

Keita has impressed of late, though, and there is a widespread belief among Liverpool support that a consistent run of games could see the Guinea international replicate the form he showed at RB Leipzig.

Ahead of the midfield, Sadio Mane is back fit after a short spell out and Roberto Firmino and Mohamed Salah are in good nick.

The triumvirate, along with the rest of the squad, have had a rare five days to rest before the match at Anfield so there are no concerns over fatigue.

“All the other boys are fit,” Klopp confirmed. 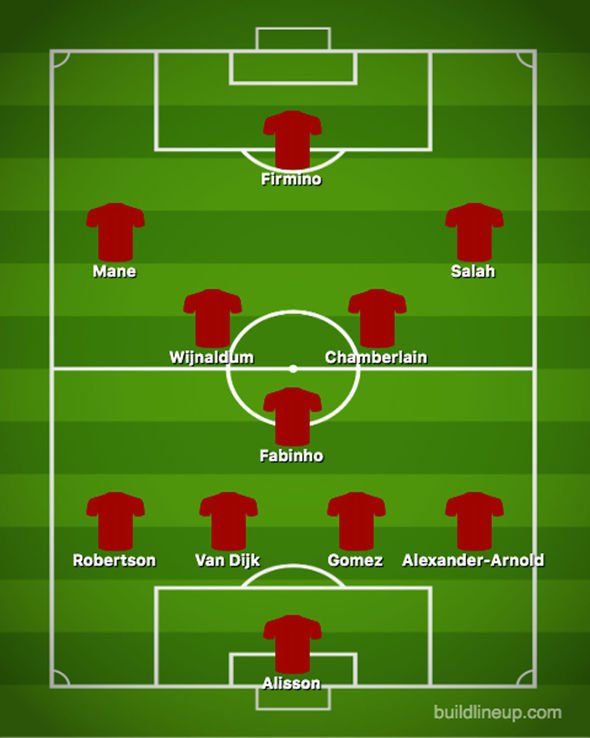 “But Tuesday-Monday [between games], there is absolutely no need to [make changes].

“That’s enough time, longer than we usually have. We will see who will start, maybe we will make more changes – but not because of the Atletico game.”

Changes are not expected at the back, though, where Klopp is expected to stick to his tried and trusted four of Trent Alexander-Arnold, Joe Gomez, Virgil van Dijk and Andrew Robertson.

Alisson Becker is also tipped to keep his place between the posts.