It is arguably his most difficult task as the German has proved to be his long-term nemesis.

Here the PA news agency looks at some of the key factors heading into Sunday’s match at Anfield. 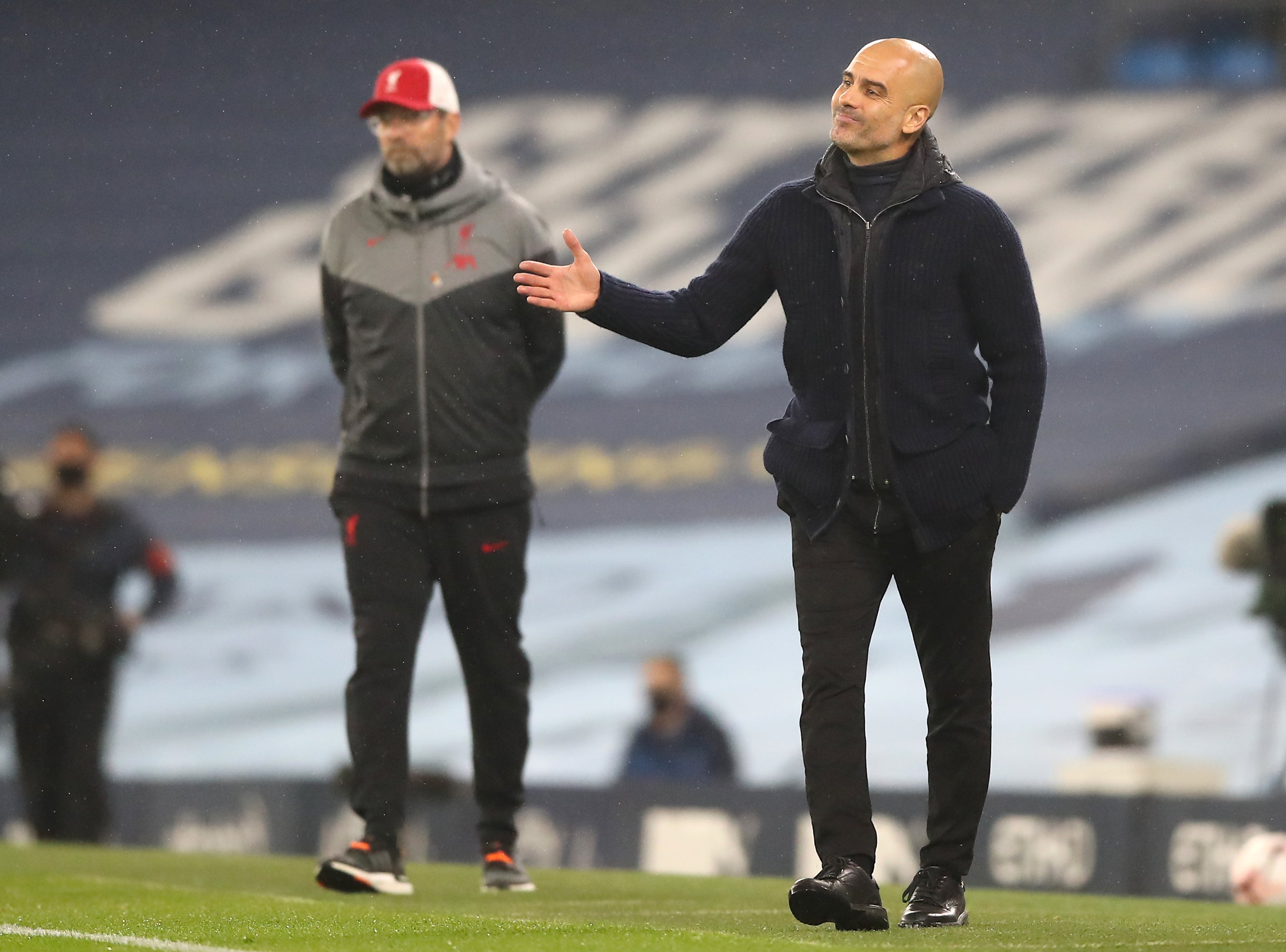 Guardiola’s record against Klopp is the worst of all the top managers he has faced. He has lost as many of the 21 encounters (nine) as he has won. His points per game of 1.43 against his German opponent is comfortably the lowest compared with other rivals (nine or more games) he has faced.

Liverpool are on an 18-match unbeaten run dating back to April. City have lost in three different competitions this season against Leicester (Community Shield), Tottenham (Premier League) and Paris St Germain (Champions League). However, both sides have been banging in the goals: Liverpool have scored 26 in nine matches and have scored three or more in their last six games while City have 25 in 10 and have scored five or more three times already. Liverpool and City have both recorded five clean sheets in all competitions.

Both squads have injury problems which are likely to impinge on this weekend’s fixture. Liverpool’s biggest miss will be Trent Alexander-Arnold, who is set to miss the game with a groin injury sustained this week and joins midfielders Thiago Alcantara (calf) and Harvey Elliott (ankle) on the absentee list. City are definitely without midfielder Ilkay Gundogan (thigh), who scored City’s first two goals in their 4-1 win at Anfield in February, while left-back Oleksandr Zinchenko is doubtful.

City ended an 18-year Anfield hoodoo last season with their first win there since 2003. Guardiola’s side benefited from an uncharacteristic home slump from Klopp’s side which saw them lose six league matches in succession, of which their victory was the third. Prior to that, Liverpool had won seven out of eight encounters at Anfield scoring 19 goals and conceding just seven.