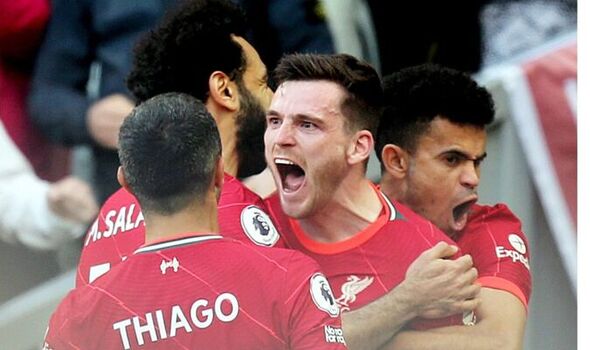 Etienne Capoue has sounded the alarm to his Villarreal team-mates, stating that Liverpool will be ‘ready to kill’ tonight at Anfield when the two teams meet in the Champions League semi-final first leg. The former Tottenham midfielder knows what it’s like to face Jurgen Klopp’s side at full throttle after being stuffed 6-1 by the Reds while playing for Watford in the 2016/17.

The match was not Capoue’s only experience of being blasted by the Reds at Anfield after losing the same fixture 5-0 the following season.

Now Capoue is part of a side full of belief they can leave Anfield with a result under their belts but nonetheless, he knows his team will have to suffer in order to take something from the contest.

“Anfield is hell, you have to say it how it is. It’s hell,” Capoue told AFP. “It’s the worst stadium I’ve been to in England. Whether it’s the atmosphere, the way they play… For 90 minutes, you live in hell.

“They have this ability to transcend themselves, to cause you nothing but problems, all the time, in any part of the field. They never stop, they rush you all the time, they only want to score goals, and even when they score, they carry on. They want to knock you out.

“They don’t care what or who is in front of them. They just want to kill everyone and that’s it.”

Liverpool are plowing full steam ahead towards the quadruple and their hopes of a clean sweep are very much alive with less than 10 matches remaining of the season.

The Reds are now relishing the chance to put the intensity of the Premier League title race to one side, as they look to make home advantage count against Unai Emery’s side heading into next week’s second leg in Spain.

Although the sides are very much different, Klopp’s team had the beating of Villarreal six years ago in the Europa League semi-final to book their place in Basel.

The German is under no illusions that this is another massive occasion for the club.

“It is absolutely special to be a part of the semi-final, it’s crazy!” Klopp said.

“It’s a massive game. So many coaches and players work their socks off their whole life and don’t get a chance to be close to a semi-final.

“We are there so we have to cherish it and enjoy it as well.”

Villarreal will be full of confidence having previously knocked Juventus and Bayern Munich out of the competition.

Former Bournemouth attacker Arnaut Danjuma is the man to watch having netted 16 times in all competitions this season.

Klopp knows him well given that he was interested in signing the Dutchman last summer before his £21million switch to Spain.

Danjuma is expected to lead the line with Gerard Moreno, who is also no stranger to a goal.