Liverpool might just have proved that they are still in the market for another player after losing Sadio Mane this summer. A late transfer push to sign Raheem Sterling has failed with the Manchester City ace set to sign for Chelsea.

Liverpool boss Jurgen Klopp looks like he is still trying to bolster his squad this summer despite already forking out top money.

The Reds have brought in Darwin Nunez for a club-record fee from Benfica as the club look to the future in terms of refreshing their attack. But he was not the only arrival after a bright start to the summer.

Fabio Carvalho has also joined from Fulham after his contract expired while Calvin Ramsey has signed to give Trent Alexander-Arnold some competition at right-back. It looked like Liverpool had got their business done early so they could put their feet up for the rest of the summer. 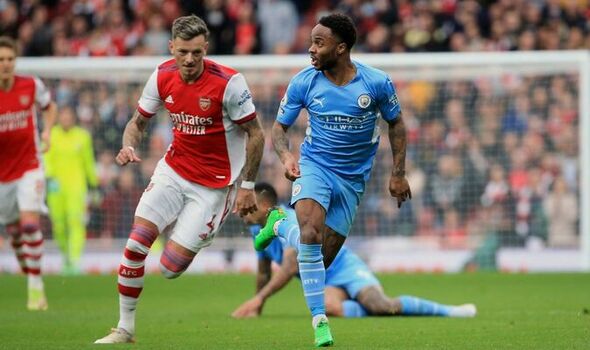 However, according to the Mirror, the Anfield outfit were among a host of clubs looking to sign Sterling this summer, which also included Real Madrid, Bayern Munich and Paris Saint-Germain. Chelsea appear to have won the race, though, after agreeing a £45million fee with City.

After the arrivals of Erling Haaland and Julian Alvarez while also fighting for a spot in Pep Guardiola’s side, the England international has decided to leave with one year left on his contract. A move to Chelsea looks like it will be completed sooner rather than later.

But the news that Liverpool were also in the race for the 27-year-old would have come as a massive shock – seven years after letting him leave for City. Sterling hardly left on good terms with the Reds, so a reunion would have been a remarkable one had it come off.

While interest from Merseyside might have only reached that stage before Chelsea swooped in, the fact that Klopp is still looking at attacking players is telling. But it is no surprise in fairness after losing such a talent in Mane.

The arrival of Nunez might alleviate that pressure somewhat but the 22-year-old is still something of a gamble while he might not be enough to plug the gaps. As well as Mane going to Bayern Munich, Divock Origi and Takumi Minamino have also left for AC Milan and Monaco respectively.

It means that Liverpool have seen their squad dramatically hit in a year where they hope to close the gap to City and go all the way in the Champions League. With a weakened squad, it might be hard to see them go further than they did last season.

While a move for Sterling might have been audacious at best, it illuminates the fact that Klopp might have realised his problem. Unfortunately for the German, it might mean putting away the sun bed for just a while longer.